Most of my posts lately have been more focused on the "history" part of Cardboard History, but today there is a very small post about cards. I actually scanned some for the first time in months! I had to get my scanner out so I took care of a few odd shaped cards, and I thought I would share them with you all, mostly just so I could actually put up a post with some fresh card content.

I'll start off with the biggest card first, one that barely fits onto my scanner tray.

That is the Matt DiBenedetto hero card I got at the showcar appearance back on September 11th. 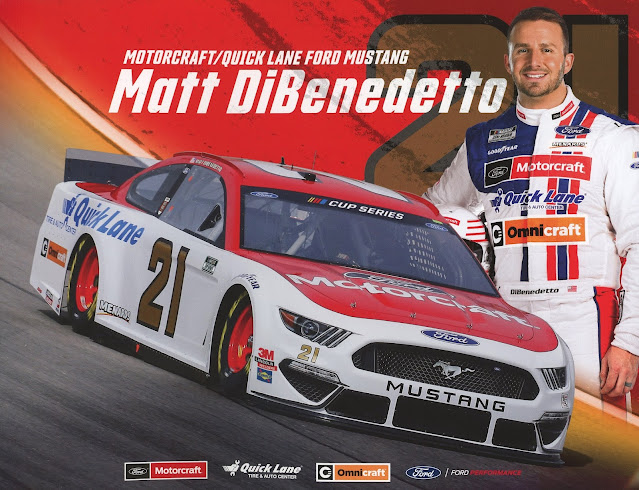 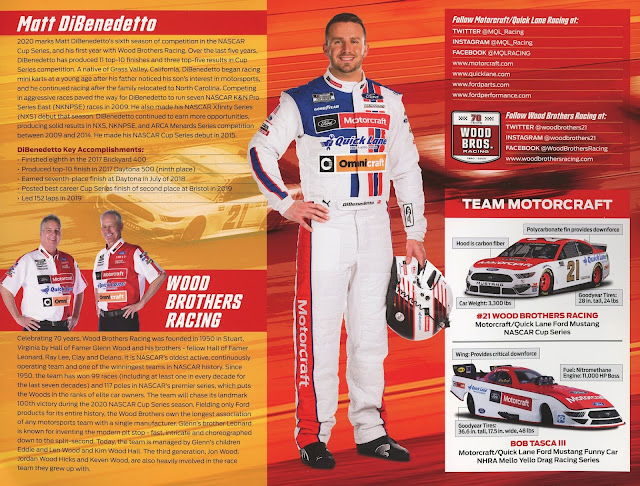 And you get to see both sides. Look how much info they can cram onto a card this size! Of course, I'm glad this isn't standard size because collection storage would be a lot harder. NASCAR hero cards don't have a standard size, although this is probably as close as you'll come to one. They come as small as 2 standard size cards to as large as 14 inches (and maybe more, that's the largest in my collection). This is the first hero card I've gotten at a show car appearance since 2008 so that's pretty darn cool, too. 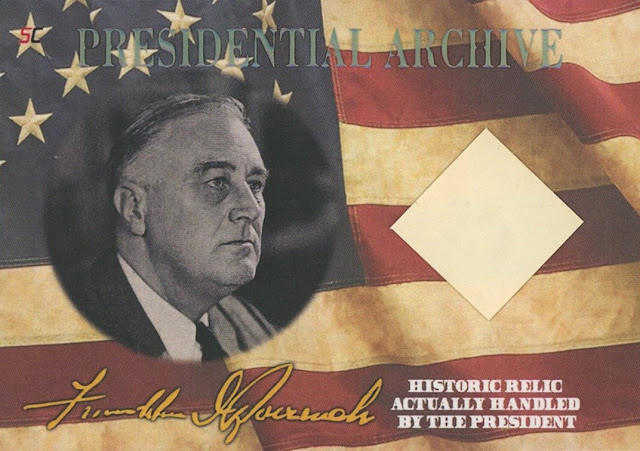 Next come the two cards from the Sports Cards Inc. A Word from the POTUS set that I showed photos of back when I got them, here are legitimate scans. These are neat cards and luckily I have a good scanner because I didn't take the Reagan card out of the holder. The back is partially obscured by the sticker they sealed it with but it's just some color that's lost, no words or anything. 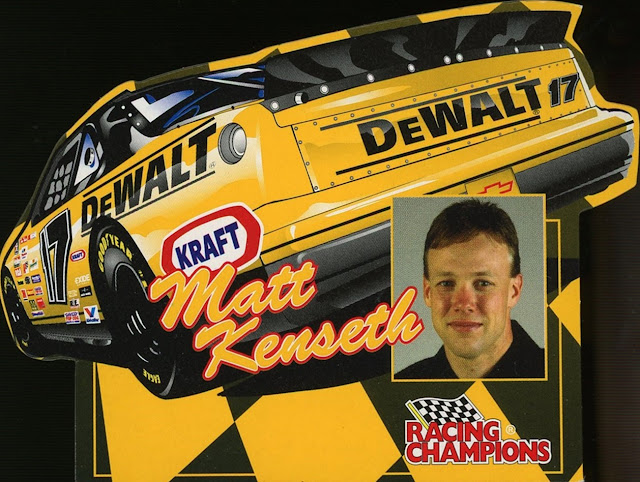 Finally, we have this 1999 Racing Champions promo card, which I didn't even know existed until my friend sent it to me. Kraft apparently was a secondary sponsor on Kenseth's Busch car that year and they made a promo of it that included this card. Like I said, I had no idea but I'm glad to have it. The promos can be kind of a love/hate relationship. I love when I get them, but I hate the fact that I'm missing some of them because I simply don't know they exist so I can't look for them.. I know of at least two other 1999 promos that I found out existed within the last couple of years. Haven't tracked them down yet, though.

It's not much in the way of cards, but at least I got a cardboard post onto Cardboard History.

I feel like doing a contest. Next Monday, October 18th, is my birthday. But one of you is going to get a present...of sorts. Back in January I bought a large lot of NASCAR cards, but many of them are in low condition. Bad corners and surface scratches abound. They aren't good enough condition to put onto my tradelist but perhaps one of you out there might like them. So, here's the contest. Sometime on October 18th, I'll put up a post about the contest and maybe my birthday too. Be the first one to comment on THAT post (not this one) that you want the NASCAR cards and I'll send you a whole bunch of them. That's it, simple as that. You can promote it if you want but it won't get you anything, just be here...that's all that's required.