Skating through the South

When I travel to new states, I like to open some cards in each new state, if I have the chance. I forgot to bring any cards from my stash to open on my trip to the NASCAR Hall of Fame, even though I had saved some NASCAR packs for just such a purpose. I simply forgot to pack them, so I thought I was going to go without on this trip, but when we stopped for lunch in Shippensburg, Pennsylvania, there happened to be a Wal-Mart in the same plaza as the Subway we were eating at, and luckily enough they did have a blaster of 2021-22 Upper Deck Extended Series, aka Series 3. That was great because I didn't have a single card from the set, so they would all be new. 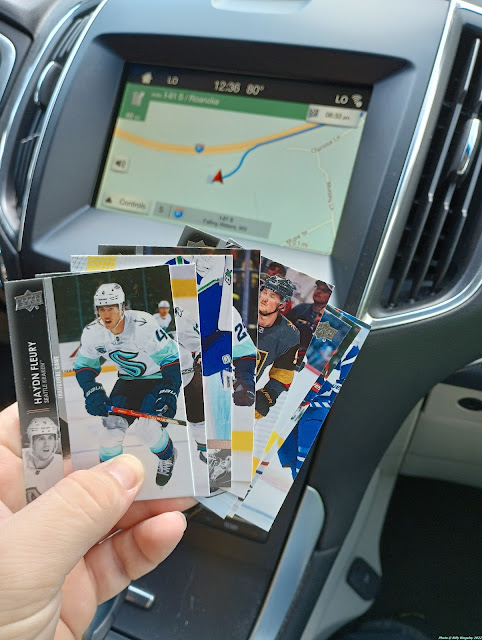 For three of the four packs I opened on this trip, I did them at the Welcome Center for each state. Maryland didn't have a Welcome Center, and we were only in it for 12 minutes, so Falling Waters, West Virgina was the first opportunity. Series 3 is Kraken heavy, with each player in the team's first ever game getting a card. This is how it should be for every team every year. 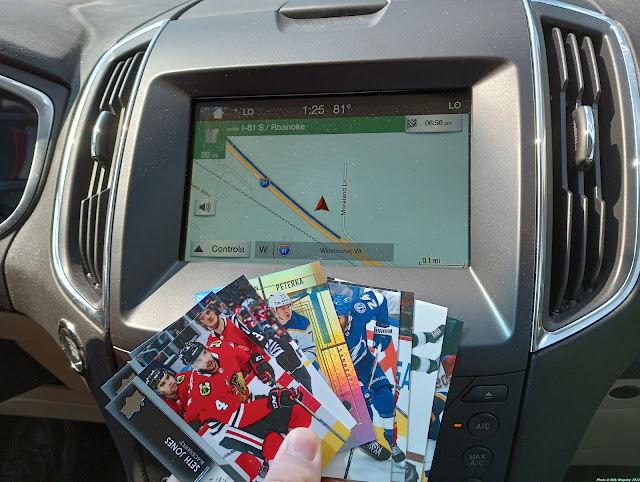 Next stop, nearly an hour later, was in Virgina. The first two packs both yielded a retro insert, although the 1999-00 SPx Retro is much more noticeable than the 2006-07 Upper Deck retro from pack #1. 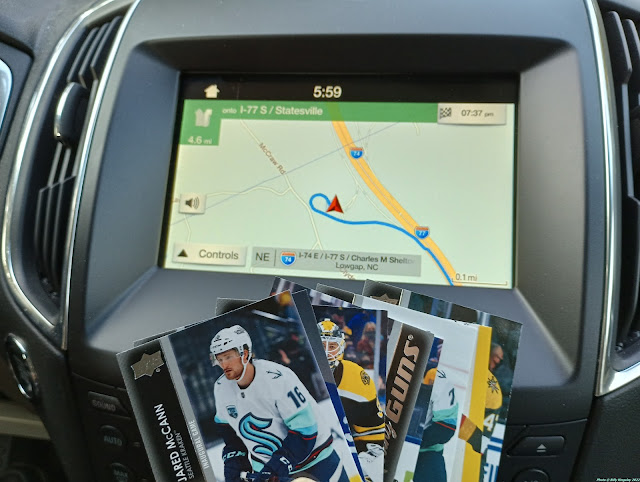 After a long drive through Virgina, we hit North Carolina and I opened my final pack of the trip down. No inserts in this pack but I did get a Young Guns card of Justin Barron of the Avalanche. 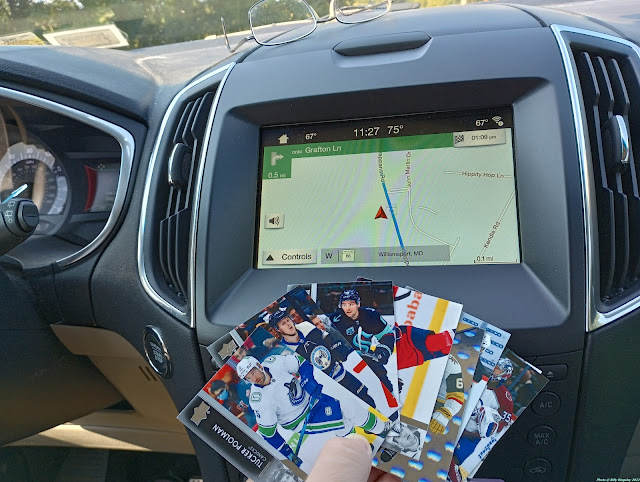 Unfortunately for me, I forgot to bring any of the cards with me when we went into South Carolina for those couple of minutes, so none from my furthest south state currently.
On the way home, knowing there was no welcome center or anything really in those short 12 miles through Maryland, we got off at the first exit and found the first parking lot we could find which happened to be a church, which was surprisingly deserted for a Sunday morning. There I opened this pack and pulled my favorite card from the trip, the Mark Stone HoloGrFx insert. I don't know if this is a retro insert or just inspired by one of UD's former brands but I like it a lot. I also like the name of that road visible on the screen- Hippety Hop Lane.

Posted by Billy Kingsley at 4:29 PM

Email ThisBlogThis!Share to TwitterShare to FacebookShare to Pinterest
Labels: Adventuring with my brother, NHL