A Trip to the Hudson Valley Comic Book Expo

Although I spend my time working with my card collection, comic books have always been in my life. My brother read me my first comic book when I was 5 days old, and 30 years later, I'm still reading them! I don't really get many new ones anymore, but I continue to reread old ones and there are some I've had for decades that I still haven't read yet- but I will, soon, although that's a topic for another day and perhaps even another blog.

Today they held the first Ultimate Comic Book Expo and Trade Show at the Mid-Hudson Civic Center in Poughkeepsie, NY. It was a small show, but it was a good one. I ended up finding some comics I've been looking for for nearly a decade (I didn't know about them when they came out, they are kind of an oddity- more below). I hope they do another because we had a lot of fun! And of course I managed to get some cards, too, because you never have comic shows without cards, naturally.

I got to meet Fred Hembeck, who I've been a fan of for years. His humorous art has been providing laughs for more than 20 years now, and he actually is from the same small town I am from. He had a binder full of sketch cards at very reasonable prices, and I had to bring home the Marvel Family. The original Captain Marvel is my all time favorite super hero.

I also brought along some of those white cards that are put into packs to prevent feeling for relic cards- they are sturdy, they are not glossy, and they are great for autographs. 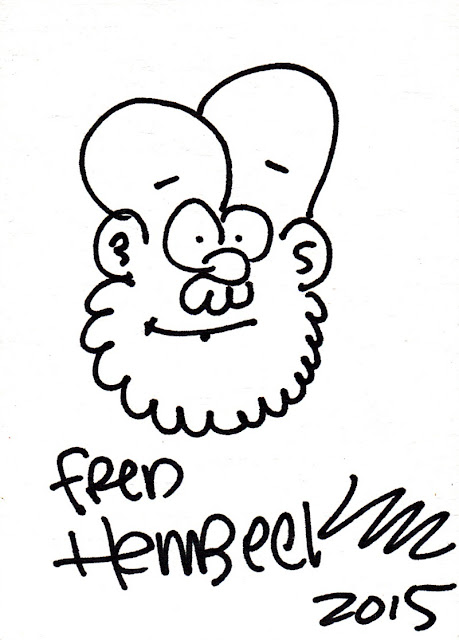 This is the very first time in my life I've ever asked for an autograph of someone who is not a race car driver.

We also met Charles Barnett III, an artist/inker who I was not as familiar with but he does good work and is a very friendly guy. I got an autograph from him as well... 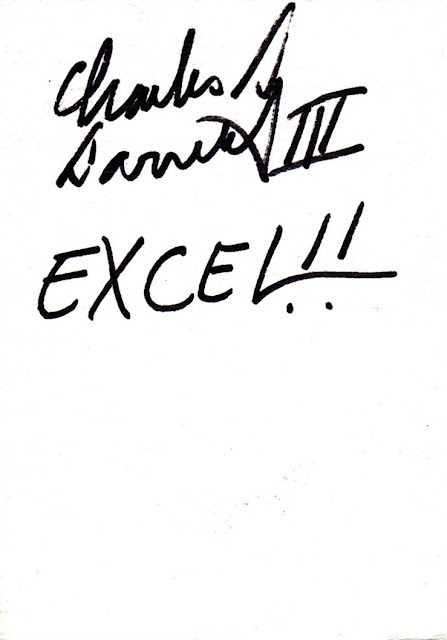 ...and I got an art print...also the first in my collection. (he signed that as well). The character is Lady Blackhawk, who is most known for being one of the Birds of Prey. A character and title I enjoyed very much. This is not card sized, it's a full page sheet. 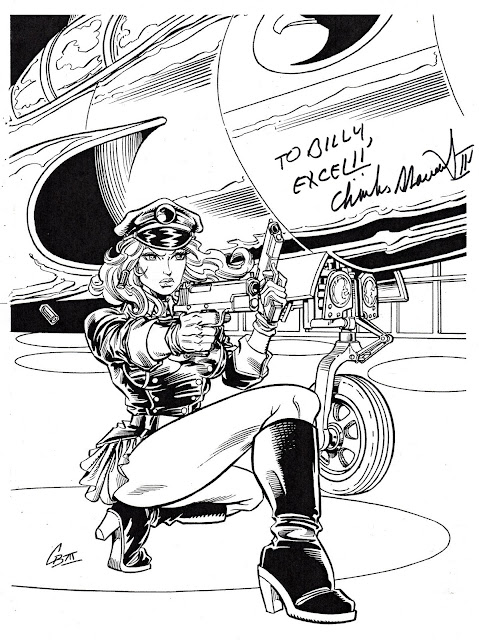 We also met Todd Dezago. He was the original artist on Young Justice, but I have not scanned my comic collection yet so I can't show any of his work. I also got an autograph from him. 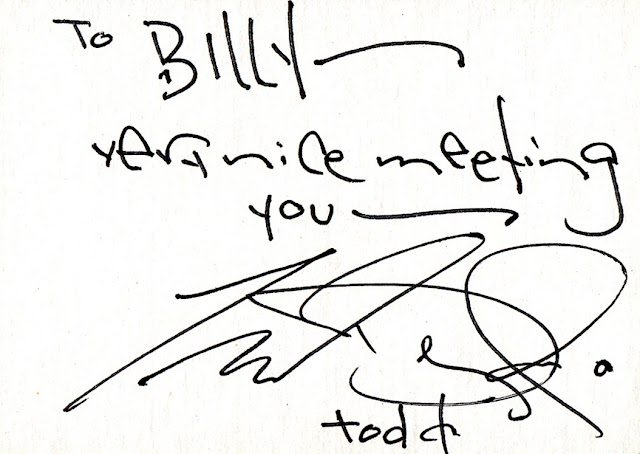 All three creators that I spoke to were friendly and nice, definitely a plus.

I found some Star Wars cards, of course. I got this box...I didn't realize that they were so large. Each card is the same size as the box. They are now the physically largest cards in my collection. 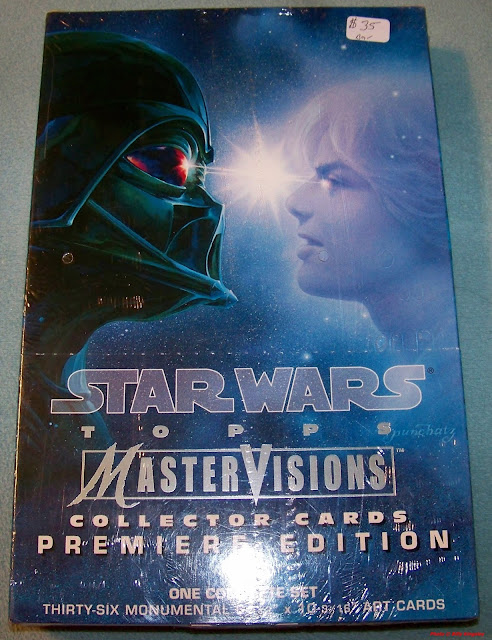 The Jeff Burton card, which is a card I just happened to have handy as I recently scanned the back of it, is a standard sized card! 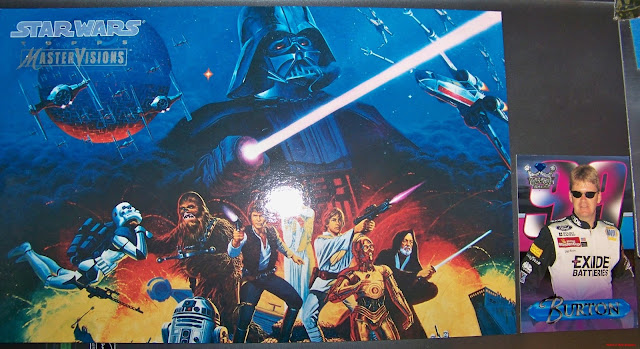 And yes, in case you are wondering, I really did tape my scanner back together after the lid broke off..it still works! 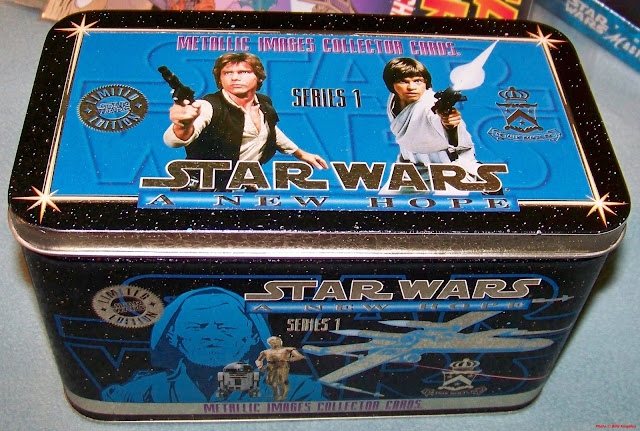 Here are some random comics I picked up. I am not sure if I needed them all- my wantlist got messed up as I forgot to remove some comics after hunting them down, and then mixed them up with the rest of my collection, so I basically have to recreate it. Smack myself upside the head for that one. I am sure I need the movie adaption on the left, and I'm pretty sure about the two in the middle. It's the Crimson Empire Handbook that I am not sure on. It's a fairly rare comic, so I figured for $5 I was going to take the chance and get it, and if it's a duplicate, maybe I can trade it away later. 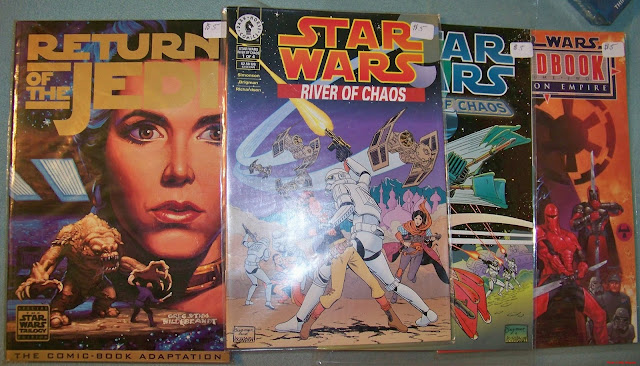 This next set was the big find of the day. I have been hunting these books for years...I first found out they existed around 2006 or 07, when I found one of them at a comic shop in Toledo, Ohio, when I was out there for the big model car show I used to be able to go to. They are a bit unusual, in that they aren't standard comics, nor are they standard novels. They are mostly prose with some full page comic style art mixed in. I have only one of them, in soft cover, but I've never read it as it is part of a series and I didn't want to read only part of the story with no chance of reading the rest. So I've been on the lookout for however many years it's been since I found the first one- I don't even remember which one that was, but I think it's the one on the left- and I finally found them. It threw me also because I did not even know they were available as a hardcover. I was looking through a longbox of Star Wars comics- the four above were the only ones I pulled to bring home- and my brother says to me "What are those Star Wars hardcovers there?" and it was what I was looking for. Couldn't get any better than that! The same dealer that had the comics is also who I got the Master Visions cards from. 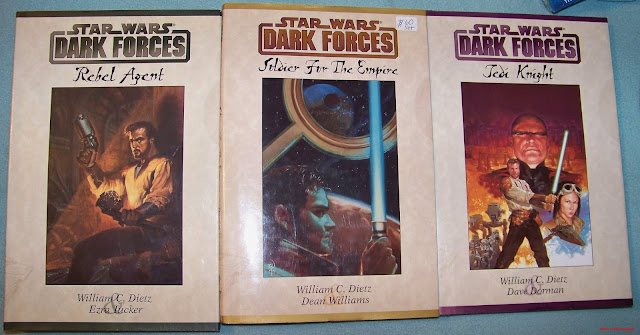 Here are some pictures from the show- 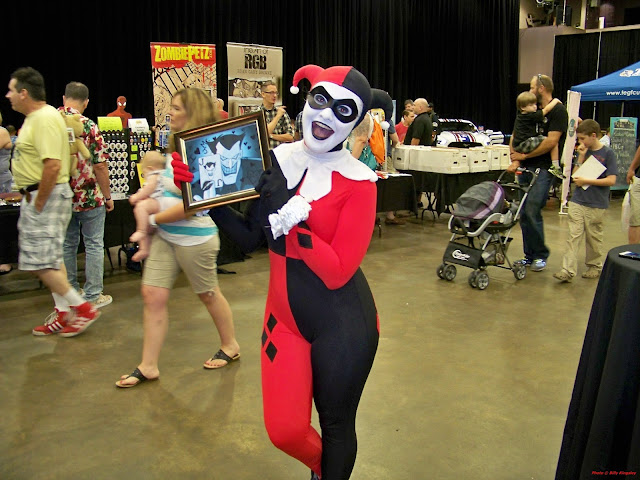 
And then, to top it all off, we go to Target, and I get the new Panini Excaliber set...where I pull my first card of Nikola Mirotic, making him the 2500th different person in my NBA card collection. I have not scanned it yet, it will probably lead to it's own post shortly.

Today was a VERY good day!

If you guys want to read more posts about comics, that could be arranged, by the way.
Posted by Billy Kingsley at 8:09 PM