Back on Christmas day, I got the 2020-21 MVP factory set, which includes an exclusive blue parallel. When I typed it into my Excel collection chart, I was dismayed to discovered I had only gotten 249 of the 250 cards. A message was sent to Upper Deck the very next day, and finally...on May 11th...the missing card arrived! That makes it only my second completed NHL parallel, after the 2018-19 MVP factory set. 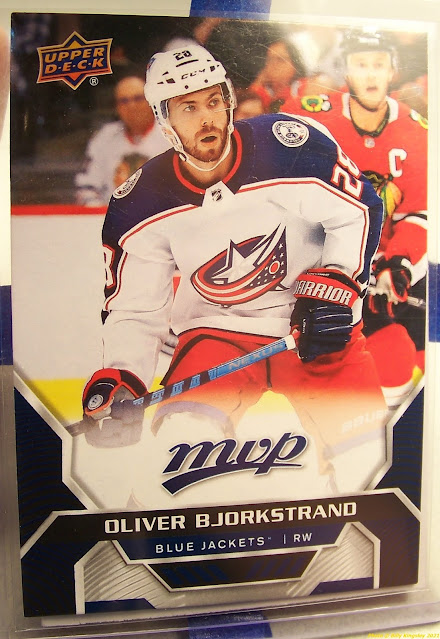 You get a picture because my scanner is not currently plugged in.
Pretty cool that they actually took care of a problem. Less cool that it took more than 5 months to solve such an easy problem, but the fact that they solved it is what's important.
As a bonus to this post, here is the rare Racing Champions car I mentioned last time...

Terry Labonte drove this car at Michigan in 2001. The real car was Chromalusion, but the diecast version is just metallic brown. This car was only available as a model kit packed in with the hauler. I didn't know it existed until last month. I thought I had completed the 2001 Racing Champions line in 2001...but I was wrong. I discovered that the Elliott Sadler Air Force car was also made as a standalone model kit, and I discovered that one completely by accident. I was searching for Elliott Sadler cars to use as donors because they are fairly cheap and easy to strip, and there it was for sale on ebay.

Needless to say, I bought it. I didn't find any donors to use though.