The mailday that almost wasn't

I got two packages in the mail today, but I almost didn't...

The first was a real scare...Kenny from Torren Up Cards mentioned he was going to send me something, as we all know, whenever he does it's usually amazing. This time, though, the sorting machines got hungry! 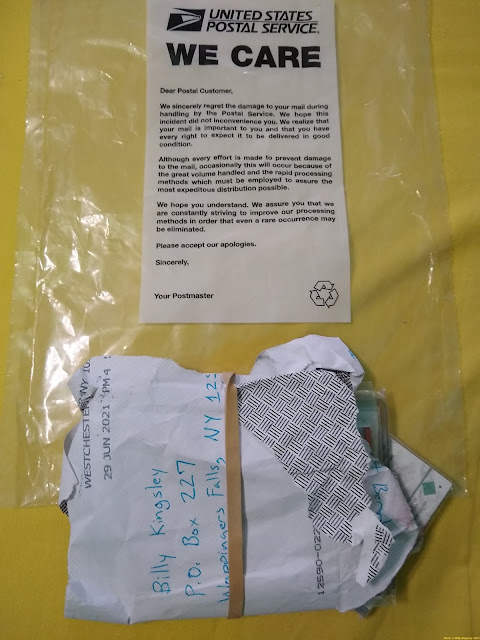 after unfolding the envelope, I'm amazed the cards were in such good shape! 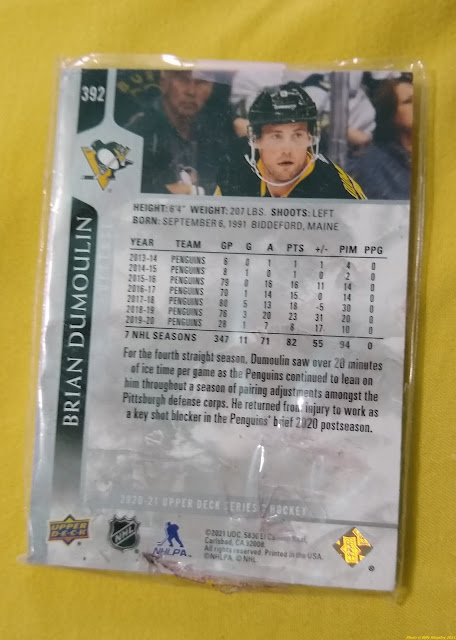 The packet of 2020-21 UD took a little damage, but amazingly, the Dumoulin is the the only one that took any real damage... 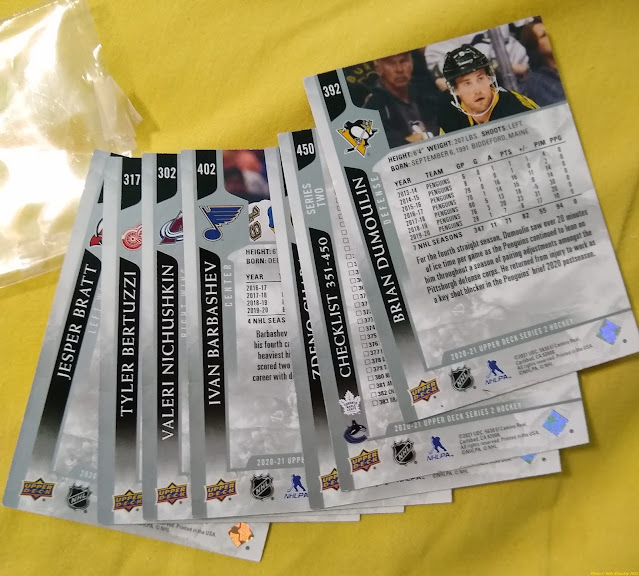 And since it's only on the back of the card, I won't even be concerned with upgrading it. It's pretty minor, along the bottom edge. My first Nichushkin card of any sort there as well. Surprised to see Zdeno Chara still with the Bruins in series 2.

Oh but that's not all! Check this out! The two Japanese cards come from sets I've never seen before, and I don't even know what the middle card is. Going to try to translate it with my phone later. The Nedved is an autograph and the Spooner is a Wal-Mart exclusive parallel if I remember correctly.

This is the real star of the package though, check out that middle card! Marc Staal SPx autographed rookie material. Wow! My first card of Meskanen and also my first from the set, and a card of Zuccarello! Unfortunately though I had that one already.

The machine may have tried to eat the cards, but they didn't succeed...and now my collection is better than it was before! Thanks Kenny!

I've long been anti-PWE, but in truth this is only the second time in the past 20 years I've had one have an issue, so I guess I am ahead of the curve there.

The second package was a complete surprise, in more ways than one. I recognized the name of the sender, but I wasn't expecting anything from him at all. 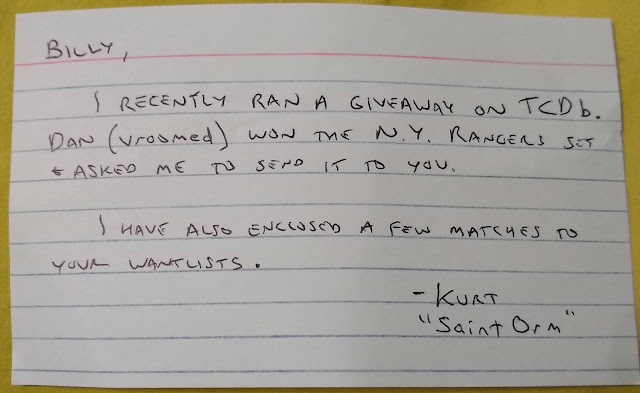 The note explained it all! This is doubly surprising because, as you may or may not know, I no longer contribute to the Trading Card Database. It got to the point where I was no longer enjoying it, and then something happened that was the proverbial "straw that broke the camel's back", so I simply stopped logging on every day. I do keep tabs on it- my tradelist is still open and I've pulled off three trades since I quit...all going to Europe, no less...but I no longer post scans, checklists, post on the forum, fix IRs, track my collection there, etc. I use it solely for checklist research at this point, which is what I did from August 2011 to October 2012. So this was a HUGE surprise to me. 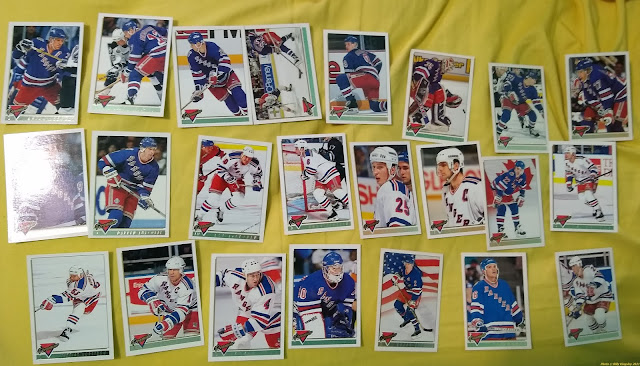 I didn't have a single one of these gold parallels from 1993-94 Topps, and while I haven't checked yet- something I will still use the Database for- I suspect this may be the entire Rangers team set, from their Stanley Cup Championship season no less! 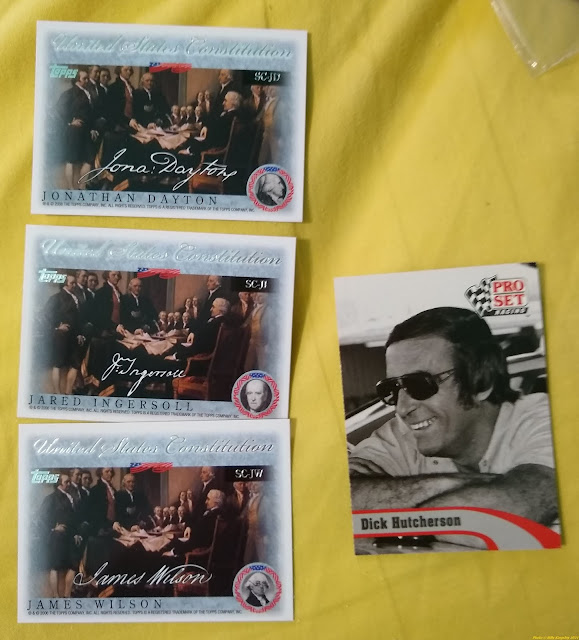 These were the other cards Kurt included- and I'm always happy to get historical cards out of the Topps baseball sets I wouldn't otherwise have access to. If I entered the info correctly, this Hutcherson card would be the corrected version of the 1992 Pro Set insert, which would be the last card I needed to complete the base and major insert set.

Thank you both to Dan and Kurt!

I realize posting this at ~7PM on a holiday weekend may not be the best idea, but I wanted to get a quick thank you post up as well. I've been lax on that in the past...in truth, I've been dealing with major burnout and haven't even opened any of the trades or Pay it Forwards I've received since March or so, so there's that too.

Thanks for reading, try not to blow yourself up with fireworks. I expect to finish a major stage of a major card project on the 4th itself so hopefully the next post will be about that...imagine that, three card posts in a row. You might think this is a card related website after all.

Posted by Billy Kingsley at 6:51 PM