While I collect by opportunity most of the time, I will also search out specific cards. 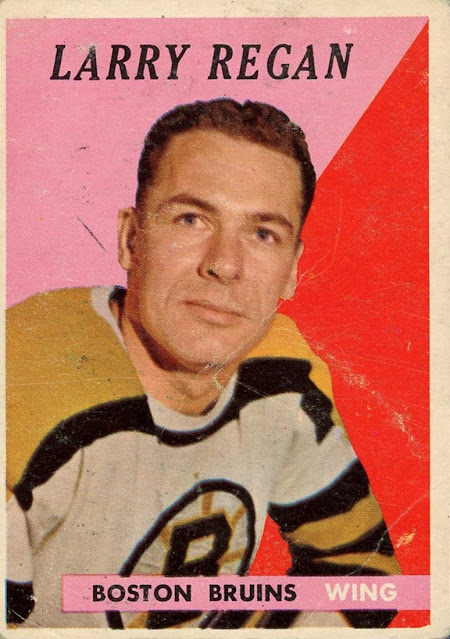 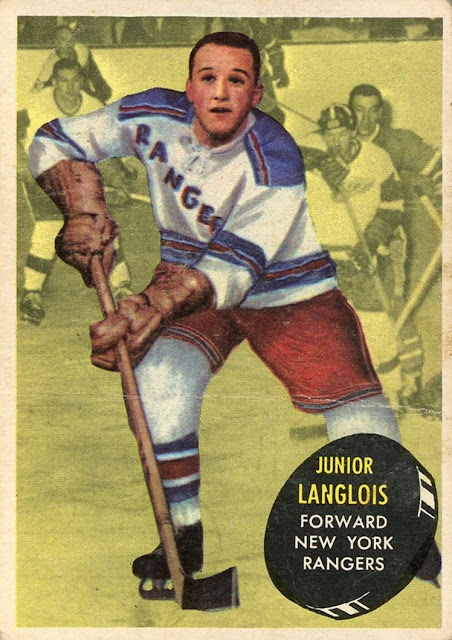 These two cards got all the Topps NHL sets into my collection. Although the 1958-59 was purchased second, the 1961-62 came out of the box last so it was the last set I needed to get at least one of each. 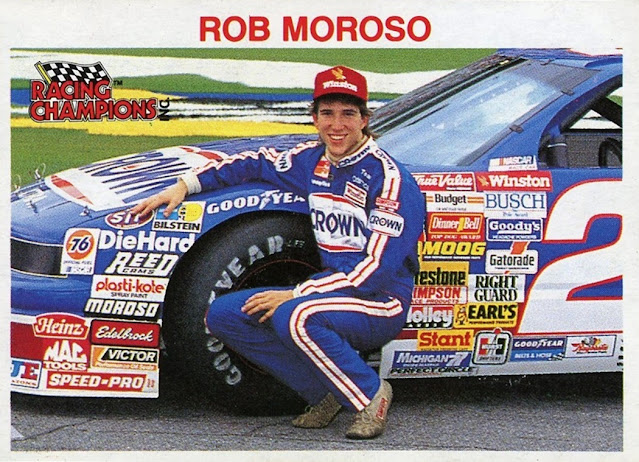 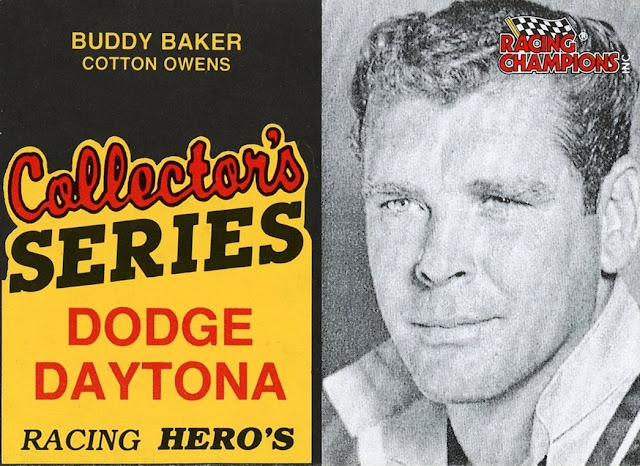 I will periodically search for Racing Champions cards I don't have, or need to upgrade, and found two here that I needed...sort of. I have a copy of the Moroso card, but it's sealed in the package with the car where I can't access it. 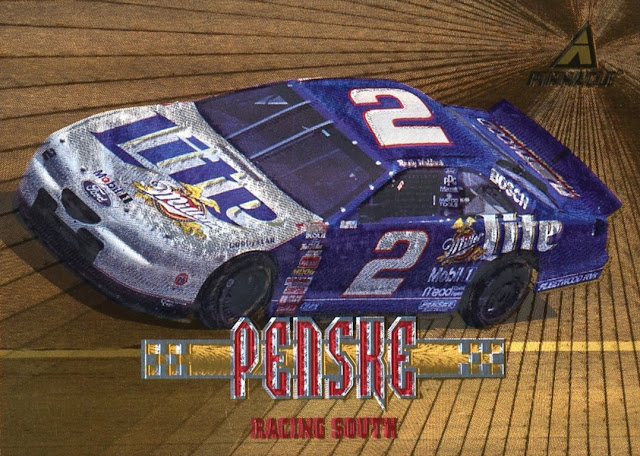 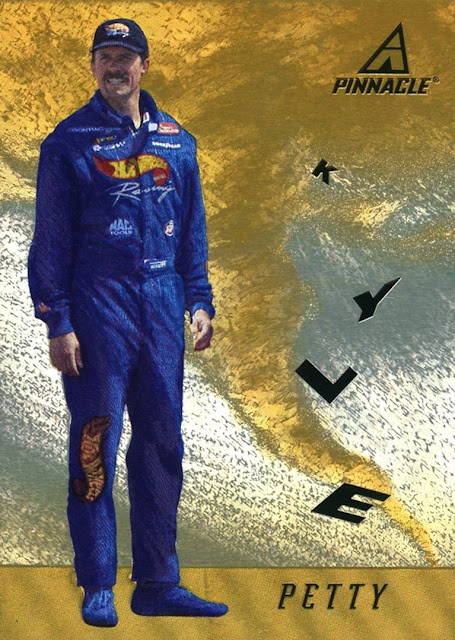 I will also look for 1997 Pinnacle Trophy Collection cards from time to time, and found these two this time. Another Racing Champions find, this one I actually spent $15 on, which is a lot for me. 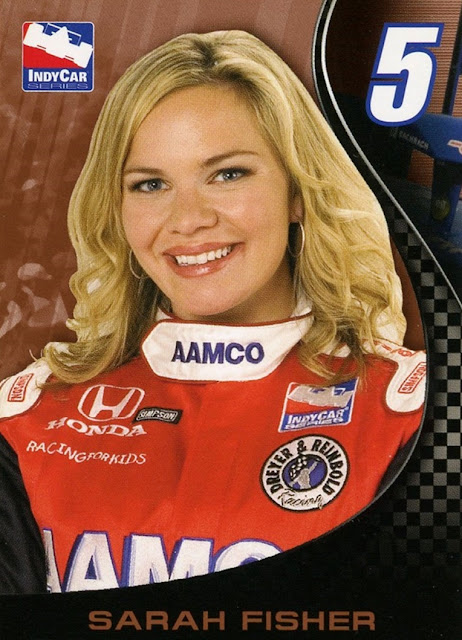 I had been wanting to get a card from this set for a while, and I ended up getting Sarah Fisher, who I was always a fan of. 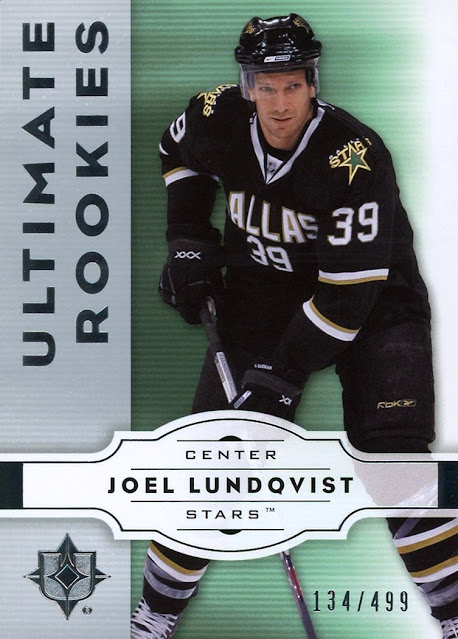 Joel Lundqvist is the twin brother to my all-time favorite NHL player, so I figured I needed a card of him too. He doesn't have as many available since much of his career has been in Europe. 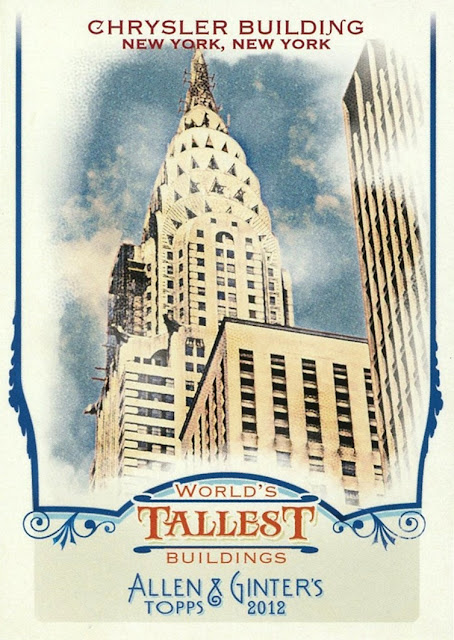 I've shown the Chrysler Building many times with pictures I've taken, so when I found this card of it I had to get it. 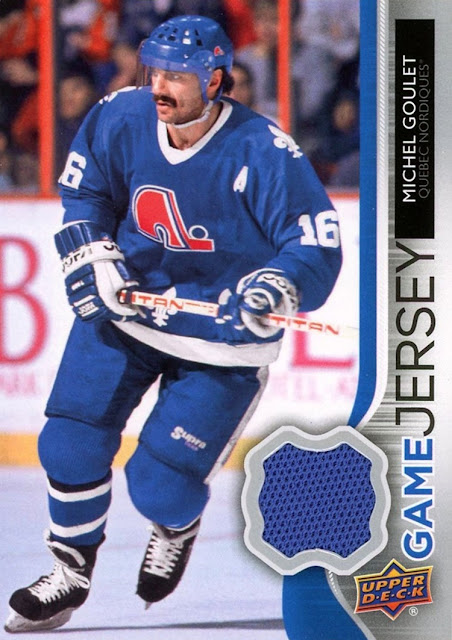 My best friend and I were talking about my NHL collection and what teams I had a relic from and still needed. I didn't have anything for the Nordiques so when I saw this one I had to get it. Hershel McGriff holds, I believe, the record for longest professional sports career in history, as his career lasted from 1950 to 2018. At 94 years old, he was just inducted into the NASCAR Hall of Fame. Hailing from Washington state, he famously drove his family car cross-country, raced it in the first Southern 500 at Darlington in 1950 (in South Carolina), and then drove it home. 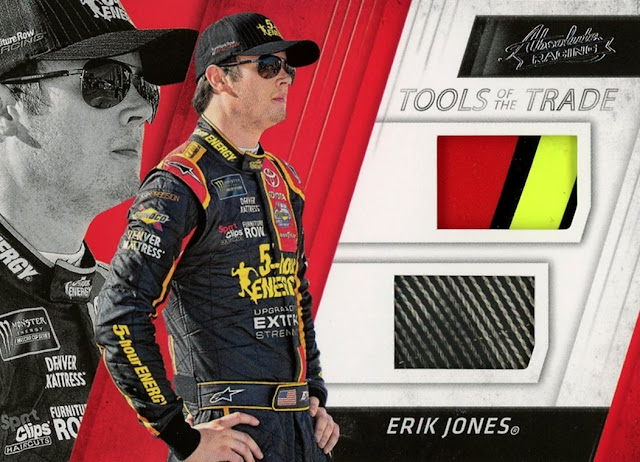 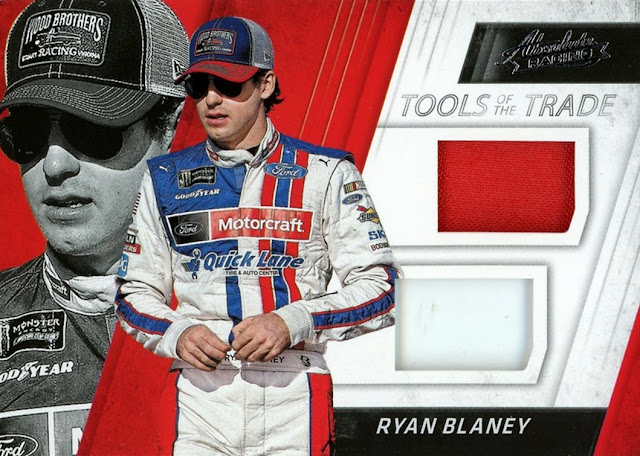 The 2017 Tools of the Trade insert is one of my favorite series of relic cards Panini has done. I get as many of them as I can. There are about a dozen different versions to chase, including autographs, so I doubt I'll ever complete it- but I will have fun adding as many as I can. 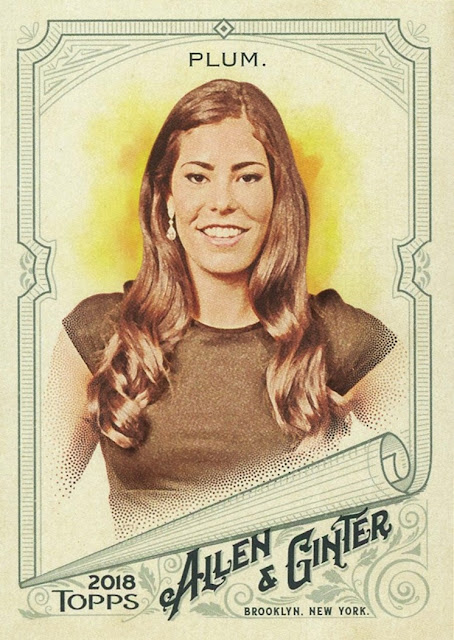 Kelsey Plum is a WNBA player who played on the Women's 3x3 tournament in the last Olympics. I became a fan then and had to see if she had any cards I could afford and that showed her face, and this was pretty much the only option. 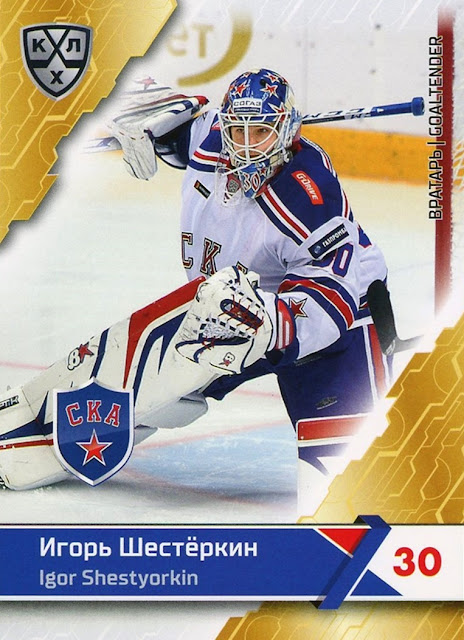 Igor has taken the reigns as Rangers goalie and is fast becoming a superstar. There were even people saying he was in the running NHL MVP this year, and not just people biased for the Rangers, which I totally am. This is his card from the 2018-19 KHL season, his last before coming to New York. It's my first card from the entire league. 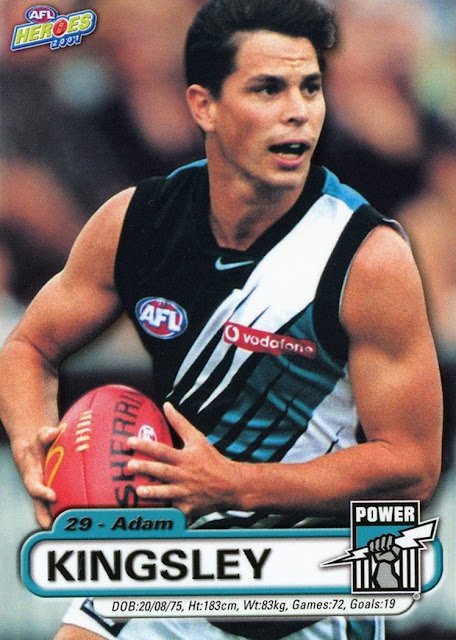 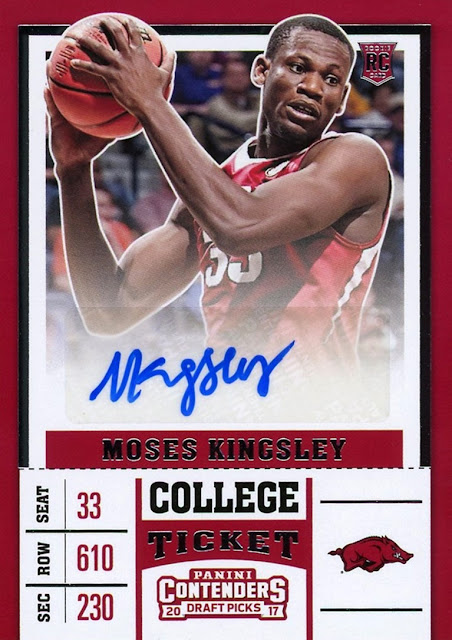 I'm sure you can guess why I got these cards! I don't believe either are related but I don't care about that at all.