CrazieJoe corrects a mistake I made circa 1996

I was a very different person back in 1996. (I'm sure that's true for everyone, actually). When I first began collecting the NBA, I was a bit more rigid than I am now- back then, everything had to be defined before I would consider it part of my collection, and, this is the important part for this post, it had to be standard sized. Anything that was not standard sized was not considered part of my collection, with the exception of the so-called "Tall boys".

So, when I got the current season Fleer/Z-Force promo, and two year old Emotion promo, which were two standard sized cards attached to a center strip with perforations...I separated them. Although I didn't think much of it at the time, I came to regret it, and I've been regretting it now since the late 1990s. I have not come across replacements for either yet...

until Joeseph sent me a package recently, and the very first thing I see in the box is a copy of the Emotion panel! In perfect, unperforated form! 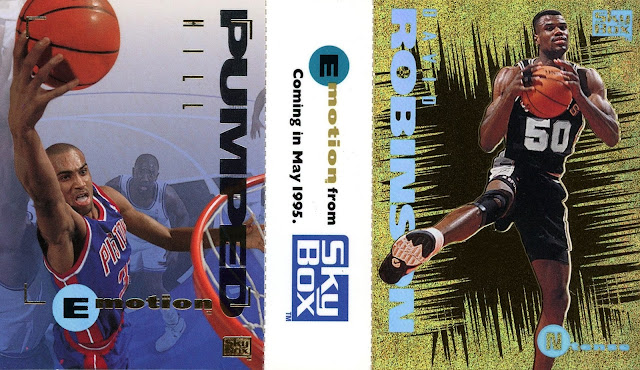 Amazing to see it in one piece again, for the first time in circa 25 years. Here they are in all their singular unit glory!

That wasn't all, though. 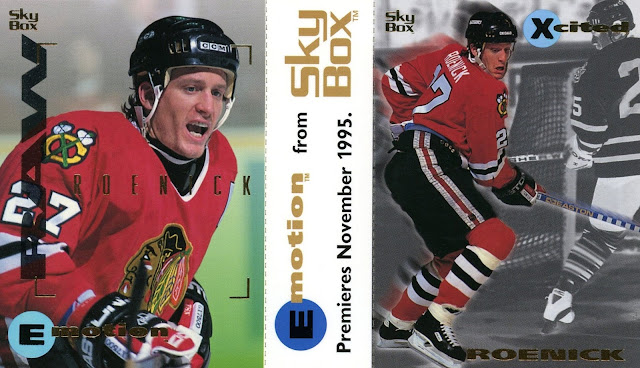 He also included the panel for the NHL set, which, despite using the same design and being released in the same year, is actually from a different season, with NBA being 1994-95 and NHL being 1995-96. I had never actually even seen the NHL card before!

These two panels will NEVER be separated, I can assure you of that!

That wasn't all Joseph sent but this, to me, is definitely the highlight.

Just because, here's the back. 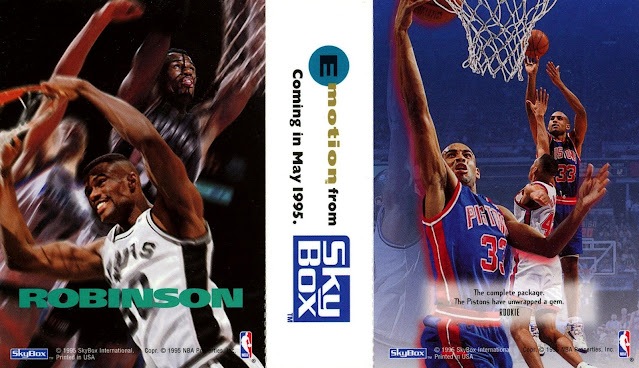 Thank you again Joseph, and sorry for how long it took me to get this post published. Looking over at the right side of the dashboard, I see that I started composing it on December 8th, 2021...