Finally, cards for the Americans!

As I have documented before, the Nets are my favorite team in the NBA, and they also started back in the ABA days...as the New York Americans, a moniker they carried for only one year. They changed to the Nets simply because it rhymed with Mets and Jets, two established New York sports teams.

However, the early days of the ABA are not well represented on cards. Until Topps made the choice to put them in their 1971-72 set, there was pretty much nothing for the ABA...if there were any cards they were regional issues that I am unaware of or have forgotten as I've been thinking more about models for the past three years.

Until 2019, that is. A new company called Lana Sports issued a set of cards based on the first season of the ABA, 1967-68. All the players in the league got a card...but unfortunately they aren't photos. I saw the set's announcement and that it carried a hefty $250 per box price tag...I couldn't do it. However, in April one of my friends on the Database got his hands on a set and broke it up, and offered me the Americans, a trade I gladly made. 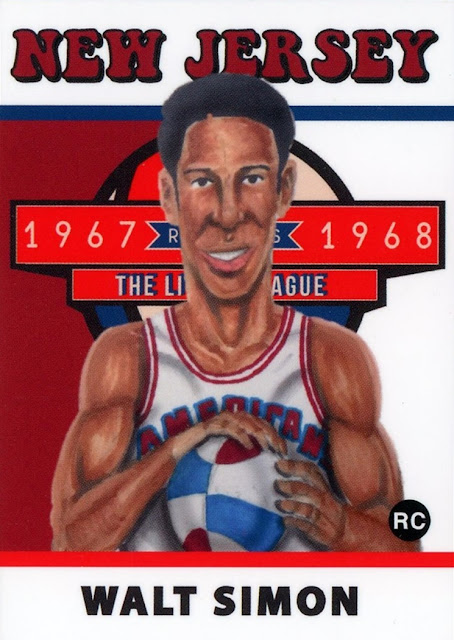 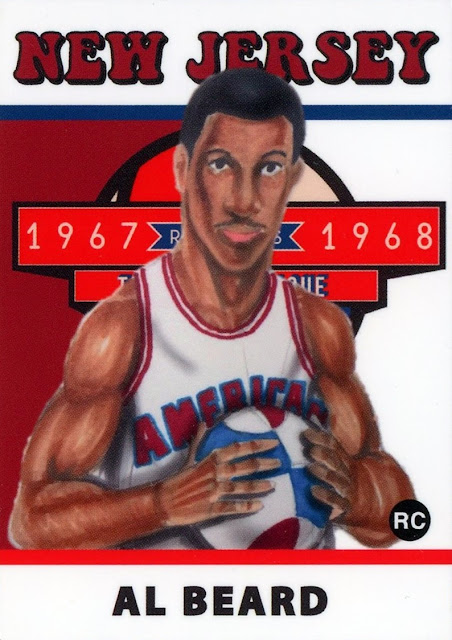 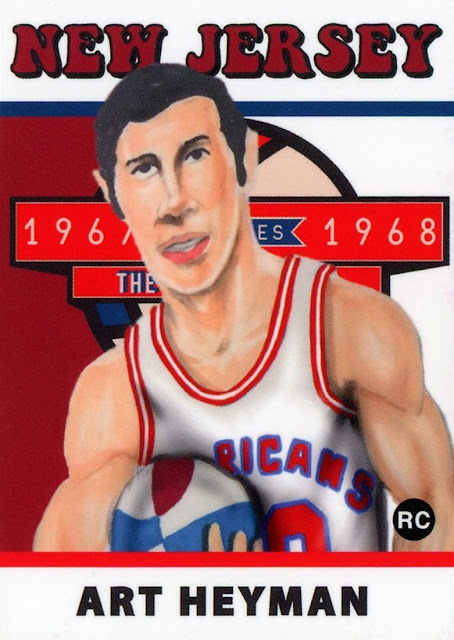 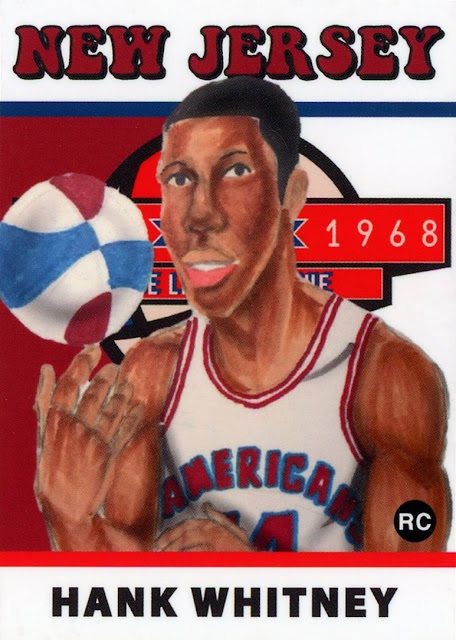 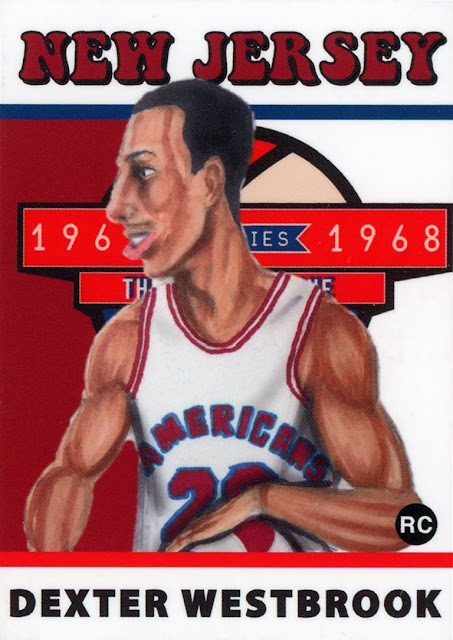 Here's just a sample of them. The art...isn't great. Have to be honest, I haven't ever seen a photo of most of these guys before, but the guys I am familiar with...I recognize them, but it's like a cartoon version of them I suppose is the best way to put it.

I don't want to sound ungrateful here, I'm very glad there is finally some recognition for the first year of "my team". I just wish they had used photos, even black and white photos.

Many of the players in the set are appearing on cards for the first time ever.

The cards feature an interesting texture. The card front is almost rubbery, but I like it. The backs are normal card texture, glossy but not high UV coating. No UV coating at all as far as I can tell. Speaking of the backs... 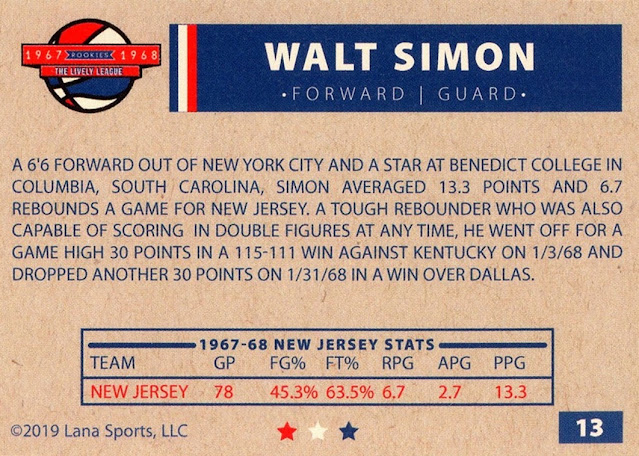 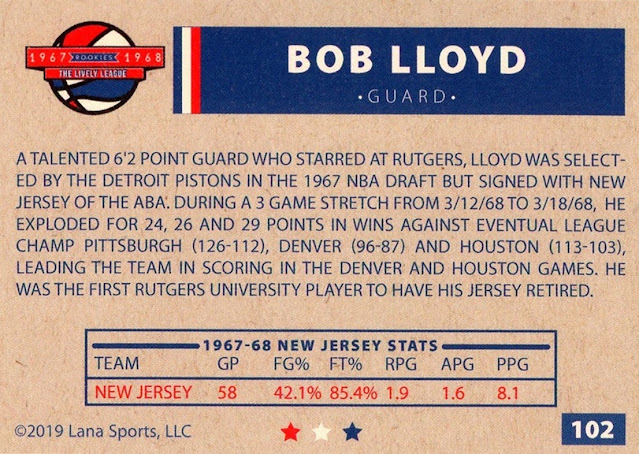 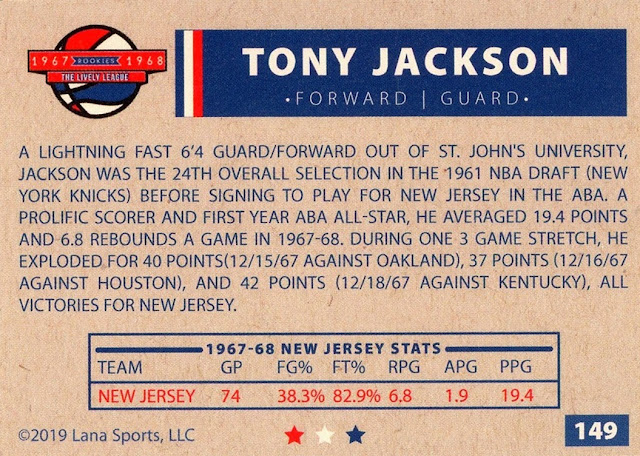 The backs are well done. They have a faux brown paper cardstock and have a nice writeup of the player's season, with a red, white and blue theme to fit the ABA.

I believe Lana's original plan was to do a set for each of the ABA's seasons, but so far this has been the only set released. I don't know if they failed due to the price point and/or art style or it's just taking a long time to paint all the images needed and another set is forthcoming. If they remain at $250 a box, it will be out of my price range which is unfortunate.