Lost and Found : The very first paper listing I ever made for my card collection

I've shared in the past some photos of my paper card listing. It's how I keep track of what I have, and for a long time I didn't even officially consider a card as part of my collection unless I had written a paper listing for it. While this is now firmly established as the backbone of my collection, it had to start somewhere...and that was 1998 Maxx 10th Anniversary, one of my all-time favorite NASCAR card sets.

I knew I had to rewrite the listing, because I didn't leave space for the cards I was missing, so as soon as I got one it was messed up. And get one I did- I eventually completed the 134 card set.

I didn't know what had become of the original paper listing until last week, when I found it in an old notebook. Or at least the first page of it, it was originally 2 pages. 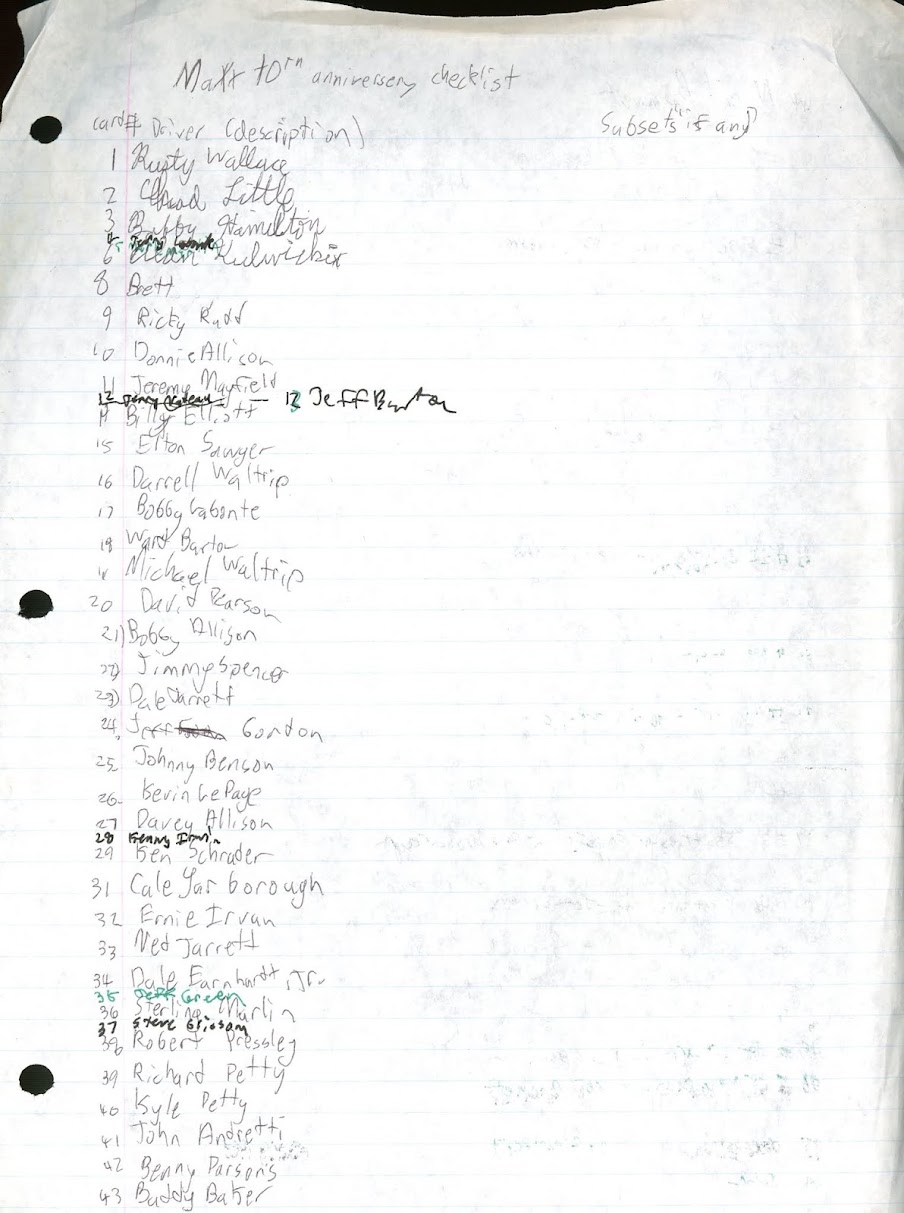 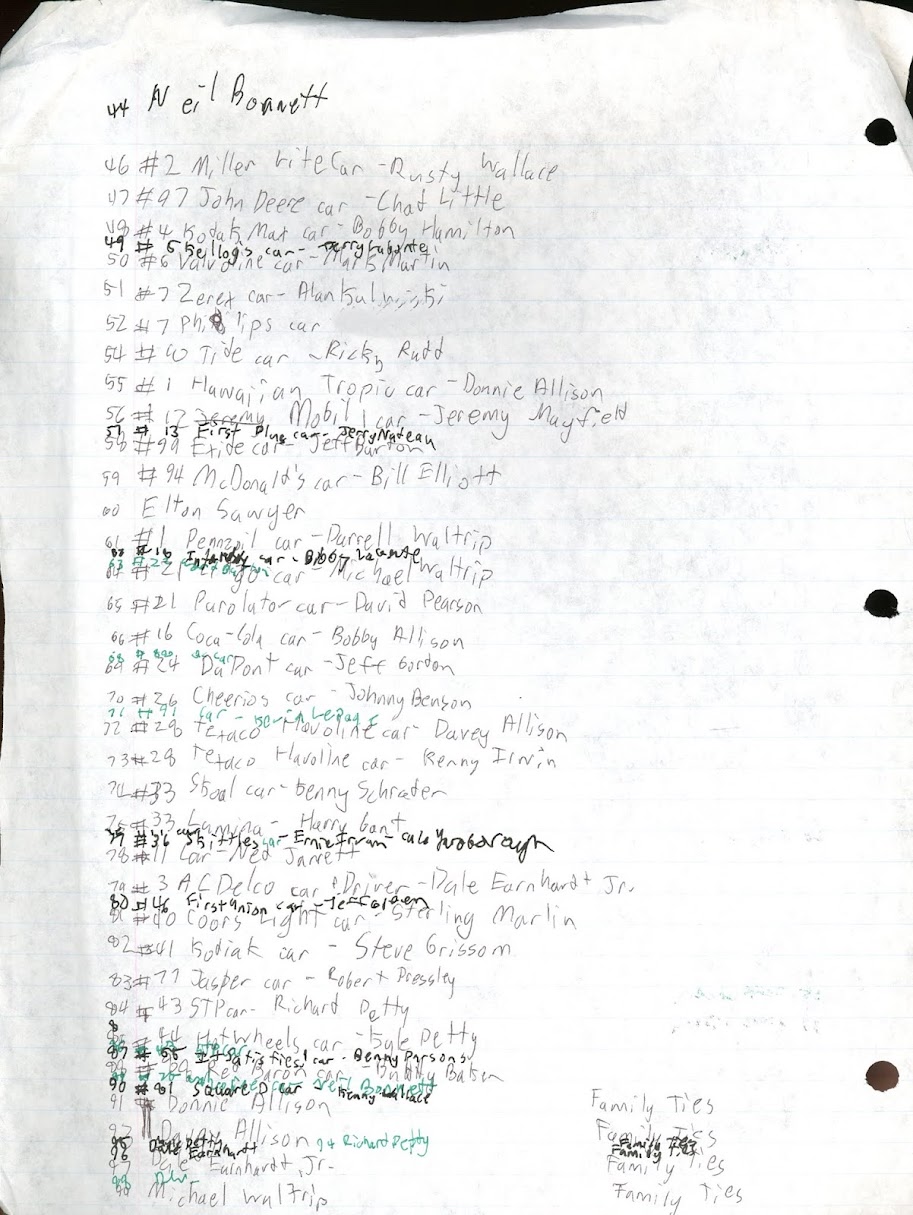 You can see that early on I was using different colors to denote different dates of adding the cards to my collection...I really, really wish I had recorded what dates they were! I started recording the dates sometime in late 1999...I don't know exactly when yet, that info will be acquired eventually but it's a long, long way off. The second page of the set is still missing, but I think I know what binder it's in...just not the location of that binder.  You can see I DID leave a space for the missing #45 card...you can literally see the evolution of my card listing right on this page.

I eventually rewrote the listing for the set, leaving space for all the missing cards. While I did complete it, I didn't complete it until 2009. I didn't finish creating my paper listing for NASCAR until 2007, non-sports until 2010, and hockey in 2019. (although I only created the one for hockey in 2017). It's still how I truly know what I have...and it all started right here.

Posted by Billy Kingsley at 4:22 PM