Most of the time we have dreams about things that don't happen, or can't happen. This isn't one of those things! I've been in the scale modeling hobby since 1999, but I've never had a permanent place to work. I started sitting on my floor, but I've also worked at my dining room table, sitting in my bed, and lately a fold up card table, which was the best I had but still not good...the table I was using I had to share with my other hobbies, so when I wanted to do card stuff, including listing my new additions in my paper listings, sorting, or taking photos of anything, I had to take the model stuff down. I could only work at certain times of the year due to temperatures and my health problems ..I need it to be cool in the summer because the heat gives me breathing problems, for example.

Taking the air conditioner in and out required taking the table down completely. What's worse is that every time I took the model stuff down, things went missing. For example somehow when I took it down last year to get the ac out two hoods went missing.

All of these problems are a thing of the past! On July 13th, I got a permanent workspace set up in my basement, and it's better than anything I could have figured! It's more than a dream come true, because honestly I didn't dream it could be this good. It's perfect in every way! Now I won't have to worry about taking it down when I want to work on cards, or anything else mentioned above. I can work all year long because the basement is always a good temperature, it's been 95° here this week but the fan has only been on high once...when I was working in my room I wouldn't have been able to work on any models this week at all because I wouldn't have been able to turn off the ac and open the window. Not only that, but my room is more comfortable because I can keep the ac on when I am working, instead of having my room shoot up to 90 degrees every day and have to try and compensate for that when I got too hot and gave up on models for that day.

Nothing has fallen off the side of the table since I switched! That would happen on average 8 times a day on the card table. I'm not exaggerating, that was so frustrating. Hasn't happened even once at the permanent workspace!

Since I made the switch I've already completed 7 models. I wouldn't have been able to finish these until September if I was stuck to working in my room.

Now, my card hobby is not getting much attention. I'm sure I'll feel like doing cards again at some point soon but for now I'm fully in modeling mode. I have edited exactly one card scan since I got the table set up! I hurt my back worse than it normally is earlier this week but I was too sore to do more than one card editing, unfortunately. 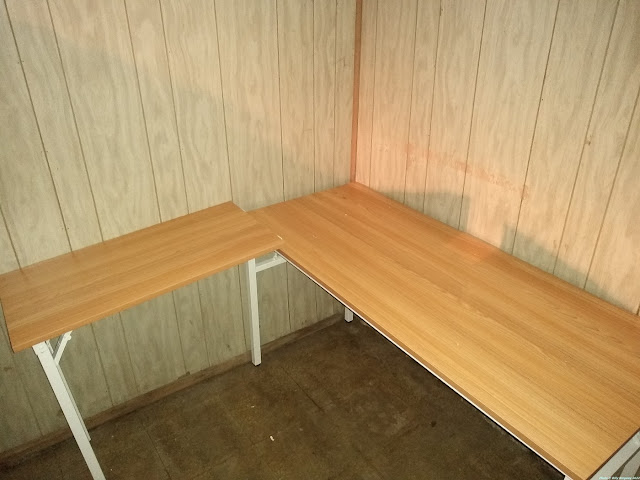 This is the table when I was getting it set up. It's an L shaped table, and here it hasn't been assembled yet, the side piece is just resting on it.the right side, the longer side, is where I do the actual building. The shorter left sud is where I put stuff to dry or just to wait while other parts are drying. 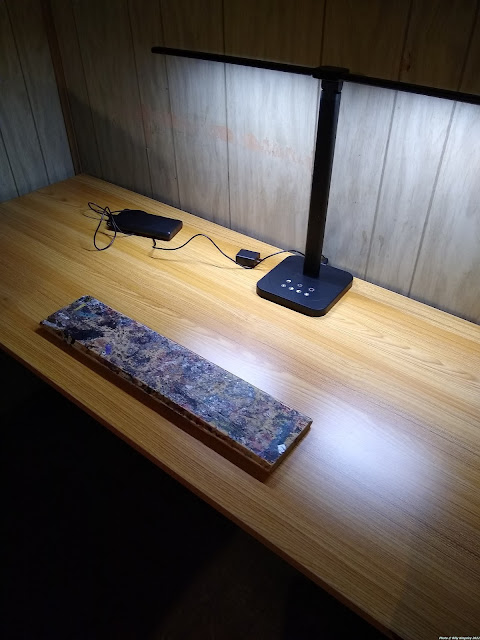 This piece of wood is key to my modeling. I've had it since 2000, my 7th grade shop teacher gave it to me...it was a reject from the scrap room but is so very important to me. You can also see the light I chose to get. 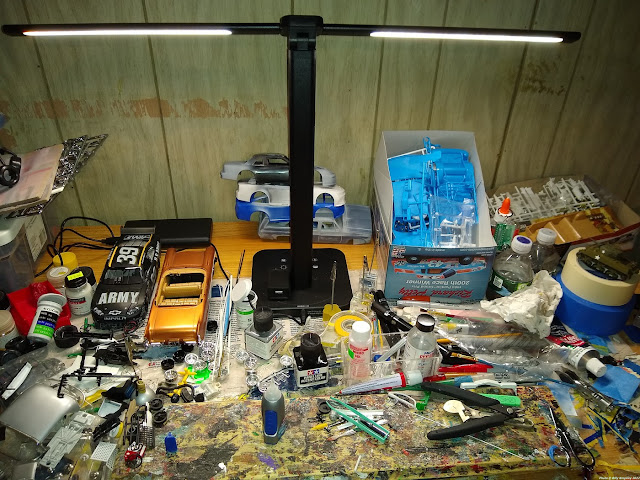 Now it looks like a work space! The 39 car was the first model I finished in the basement, although I only had to do the 5 splitter braces and the splitter. I actually finished it the very first night I got it set up. 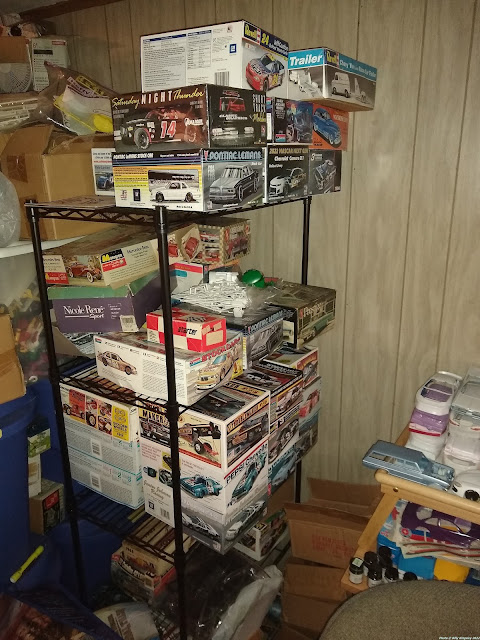 I ordered a rack to hold the models I have here in the house. I have a lot of models...I don't even know how many. I have a storage unit to hold them, but I have a bunch at hand to work on here too. Most of the time I've been working on kits I started in my room, have only actually started a couple downstairs. Eventually I'll finish the ones I started upstairs...in theory. (I start way more than I finish, usually due to me messing up the paint although I've gotten much better. For a while I would only get one usable paint job out of every dozen kits. I was so frustrated I seriously considered selling my kit stash and leaving the hobby forever. My mom and brother talked me out of it and I'm so glad they did). Now I only mess up about 1 in 4, or less. 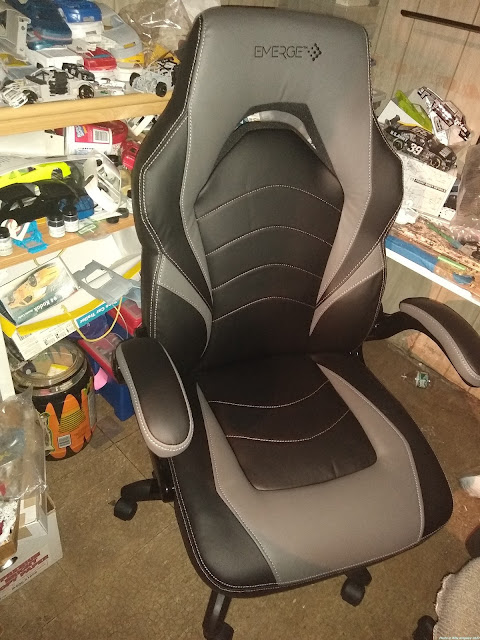 My brother treated me to a new chair as well. The one I had been using caused me significant amounts of pain so he got me a new one. He also did the vast majority of the work to get me set up here, including laing on the floor to bolt the table together! I'd still be laying there stuck like a turtle on it's back if I had to do that. I owe him a huge thank you for doing all the work, that I am physically incapable of doing.

With all that said, I haven't been writing anything, in fact, I have only turned my computer on twice in the past week and a half that I've been set up! I didn't even turn it on for this post, I wrote it entirely on my phone.

And, as soon as I hit post, I'm going back to work, back to my passion of documenting the history of NASCAR in scale, and building lots of other cool stuff too...I fully expect to finish another non-NASCAR model today in fact!

Posted by Billy Kingsley at 9:54 AM