Back again with post #2 in the series- a little earlier in the day this time. I have decided that I will be going in chronological order, so it will be a true mix of everything...but all my older stuff is non-sports, a sports set won't appear until after post #15. I will probably mix in new vintage sets when I add them to my collection as well, but that has yet to be determined. By vintage in this context I mean anything not current year by the way, not necessarily true vintage.

The second oldest set in my collection is from 1910, and is an actual truly issued by a tobacco company card. For many years it seemed like I would never be able to get into the world of tobacco cards, but I was finally able to do it recently, thanks to Ebay and a great local vintage dealer, who was my source for this card.

The set is Hassan The World's Greatest Explorers, issued in 1910 according to the information I found online. It is only a 25 card set, and I have only this one, or 4%. 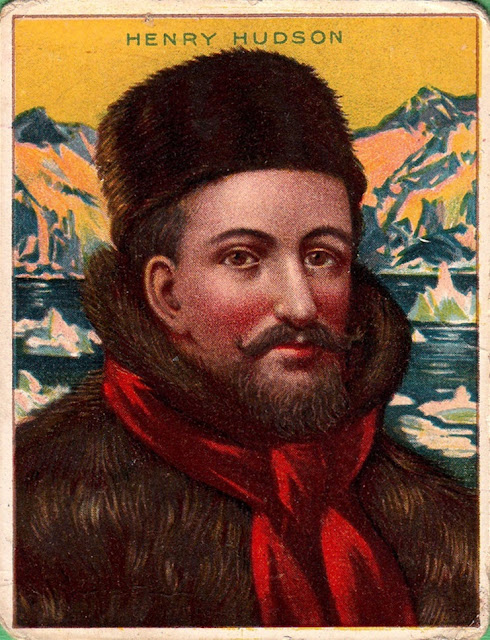 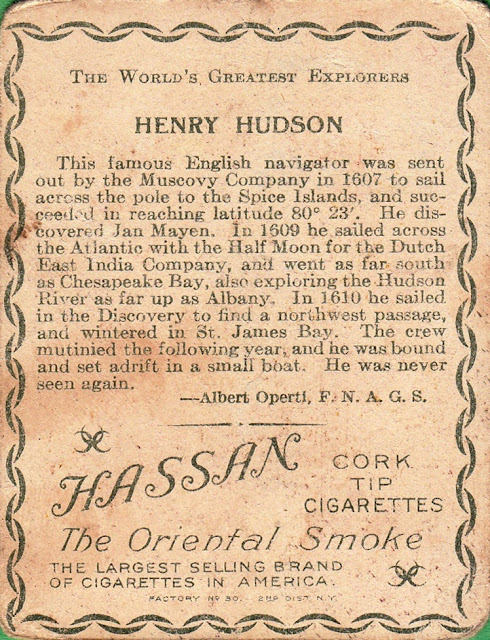 The cards are nearly normal size, slightly smaller in width but decidedly not as tall.

This card is extra cool for me as I live in walking distance of the Hudson River- there is not a lot of local references on cards, but this is one of them.

Here's a photo of the Hudson River I took in April of this year. The Mid-Hudson Bridge pictured celebrates it's 85th Anniversary tomorrow. Hard to imagine the card is significantly older! 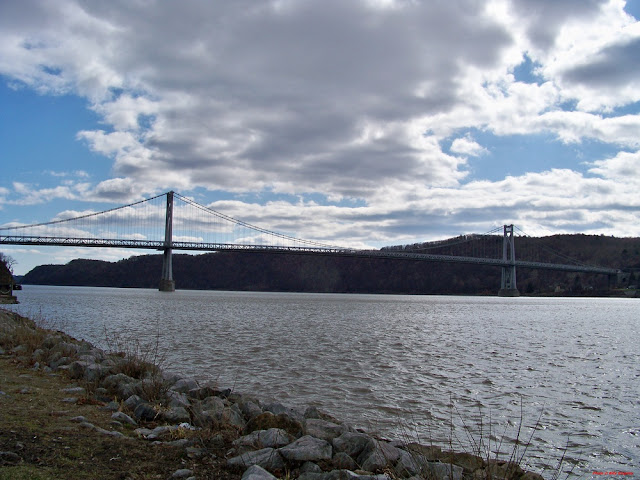 Posted by Billy Kingsley at 6:32 PM