The first Perfect Set in history, the 1990-91 Hoops release is an icon in the hobby.

Why I like it: It's the first perfect set. The design. The player's full name appearing on back.

Set Size/Completion: 440 cards, not counting variations. I have 433 of them, plus several of the variations to bring my collection to 437 of 452 possible variations. 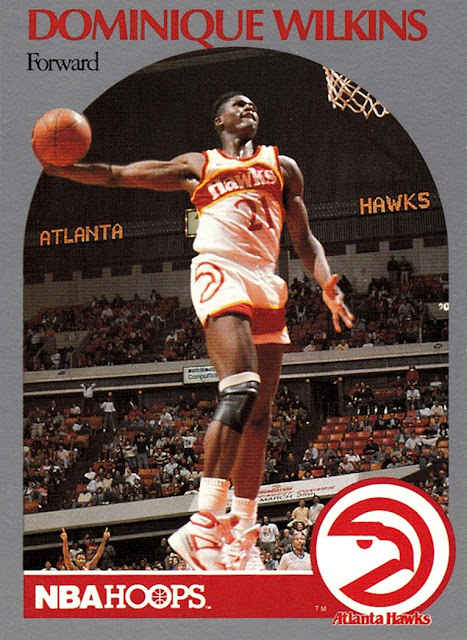 This set is ubiquitus. When most people think of basketball cards, there is a good chance this is one of the first sets they think of. It was produced in massive quantities....so much so that you can still find packs today, 25 years later, easily and cheaply, including in repacks.

What makes a perfect set? To me, there are several criteria for a perfect set, and the number of sets that reach that mark are few, and none have been issued since 1994-95. These are the five things things a set must have to be considered perfect:
This set was the first to meet those criteria. There have been very few sets that reach that mark  By my count there were only 5 sets to be technically perfect- 1990-91 through 1994-95 Hoops and 1991-92 Fleer. That's it! There are several sets that have as many as 3 of the 5 criteria necessary, lots more with 2, but only these 5 sets that have all 5 criteria. There are some that don't even have one of those aspects as well!

When I first discovered the sport in February 1996, I started adding older cards almost instantly. Although I can't be sure, this set is one of three that I got right at the beginning, still on the shelves at my local K-Mart. I was able to procure boxes of three old sets, but I don't know which one was the first. Whichever it was, it was the first NBA box I'd ever opened...it would not be the last. One of the other sets was the second Action Packed Hall of Fame set. A great set that could not come anywhere near the top 20 due to the fact that it was only a 38 card set. The other set is still to come in the countdown. 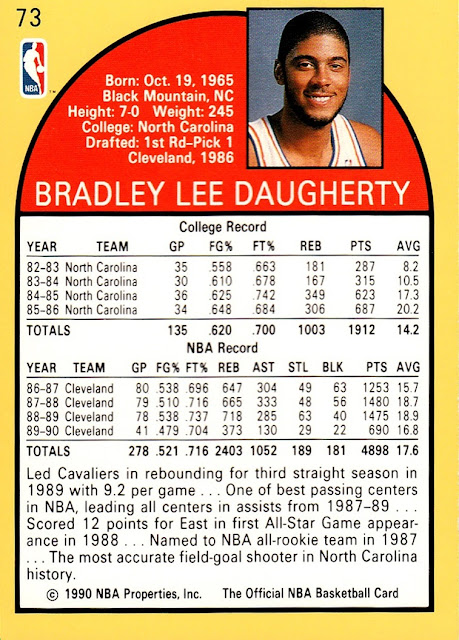 Backs feature full stats, a writeup and, for the first time, the player's full name. Player's full names would be a staple of the Hoops brand card backs until 1996-97, when they appeared on Series 1 but not series 2. They have never appeared in full again.

The yellow they used varied widely; even multiple copies of the same card could be totally different shades, ranging from very dark to almost white.

There was only one insert, literally only one card, honoring the 1989-90 All-Rookie team, which came in two versions (with and without stats). I don't believe I have either. 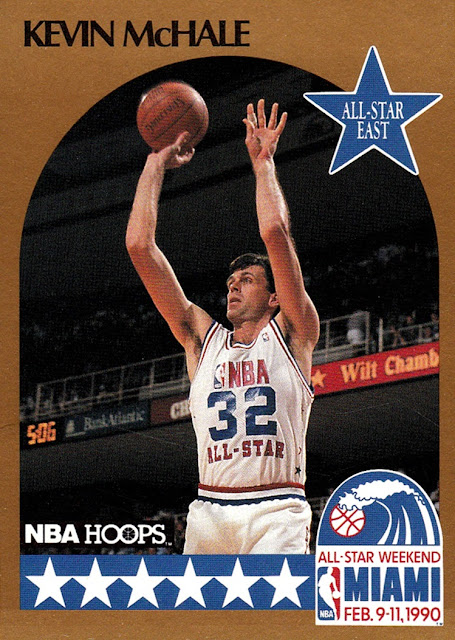 Gold-bordered All-Stars made up the first 26 cards of the set, and have all-star stats instead of career stats. It documents the 1989-90 All-Star game. Hoops Tribune made it's debut; it would last until 1994-95 as a recap of the previous year's finals. I wish the photos were in color, but this year they were trying to make it look like a newspaper. 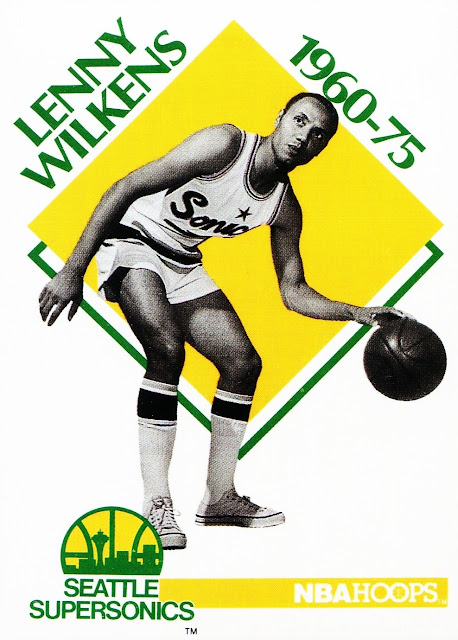 Coaches who Played is my favorite subset. The card front shows a photo of a coach from his playing days, while the back shows him now (or, I should say, then, considering this set was issued in 1990-91!). For someone discovering the sport this was a great way for me to learn more about it. It's also historically important as the first time ever vintage photos were used in a main set. The only other time I'm aware of that happening beforehand was a Star promo set from 1984-85. Now, most sets have vintage players mixed in, at the expense of current players, which is not right...but not really relevant to this post either. 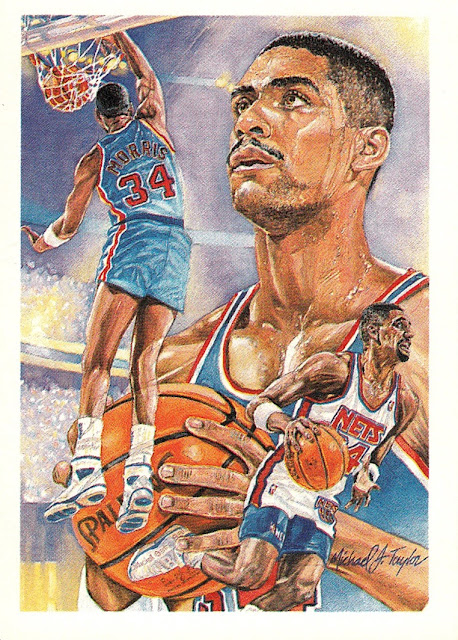 Team cards feature paintings on front and a team checklist on the back. Some of the artwork is good... 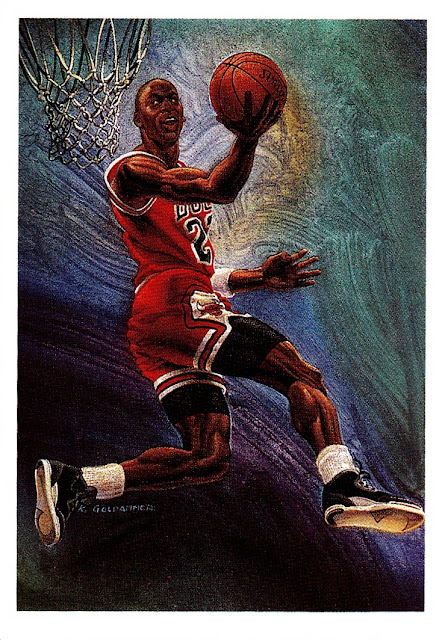 And some is not. That really doesn't look like Michael Jordan.

At one point in time, I had so many duplicates from this set, they reached more than 2 feet high! I've since given most of them away, though.

Posted by Billy Kingsley at 7:29 PM