This is a set that I really struggled where to place. It's a great design but it's the only set on the list I have a bad memory of. It's a bad enough memory that it played a role in why I was away from the NBA for several years, but in the end all the good memories I had of the set before then (and after, too) were enough to keep it on the list, and keep it in 14th.

Why I like it: Design and the good memories. Also, the cards' texture. I'm big on texture and these simply feel good to hold.

Set size/Completion: 513/519 cards, with an asterisk. I'm not sure how many I have. There are multiple versions of several cards and while I know I have one version, I don't know which ones yet.  The cards carry numbers 1-510 and I have every number, plus the 32a and 33a. I only have one of the two versions of card #1 and only one of the trade cards for #1. (I have only the stamped and punched version). 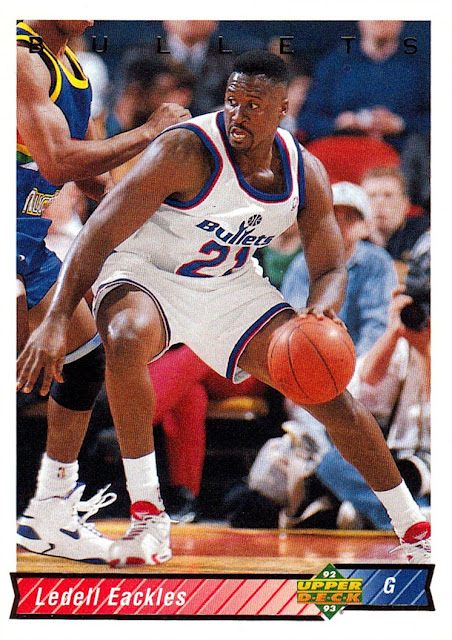 First, the good. This set has a great feel, like I mentioned above. It is hard to describe, but if you have ever seen any in person - and who hasn't?- you'll know. The team color bars at the bottom are fun, and the subsets really are nice as well.

It's nice and large. It's the largest set to make the top 20, and the third largest NBA set ever made, I believe. It's the only set ever that documenting the highest and lowest score each team had put up by that point.

Now the bad....and it's bad. As I've mentioned, earlier in this countdown, I lost my dad in 2002. (he had cancer) For a very long time, card #1 in this set, the Shaquille O'Neal trade card, was my #2 most wanted card...it was my #1 most wanted for most of 1996 and into early 1997 but got bumped down to #2 in 1997. I chased that card for a long time...from 1996 when I discovered the sport until February 3rd, 2002. That was 7 years...and I was only 17 years old at the time. And therein lies the problem. On that day, it was a Sunday, there was a card show in the Danbury Mall in Danbury Connecticut. My dad had gone in the hospital on February 1st, but we had been talking about the card show before that- it was the first of the year, always something to look forward to. (As it turned out, it was the last one held there- although we didn't know that at the time) I think you can figure out what's coming. We went to the card show...the only card I found was that Shaquille O'Neal trade card. At the time, we thought that Dad was going to come home. Two days later, he was gone. Had I known...I would not have gone to the show. That is now one of my biggest regrets. Knowing that my dad wanted me to go, and even gave me money to go to the show, is little comfort. (Dad was pretty tight with money and usually didn't offer any, it was a surprise when he did that)

Every time I see that card, it makes me think of that, and it makes me feel terrible. It's been 14 years now, and I can't get past that. I'm not sure that I ever will. Even writing this up was hard.

It is part of the reason I left the NBA for several years. Every time I saw it, it caused me anguish...there were lots of little things that all combined to drive me away for several years, some of which had been building for years.

But there were years of good memories of the set before that, and even some after it. I've always liked the design. The subsets are some of my favorites of all time, as I mentioned above. The strength of the subsets is what got this set to 14th, in fact. Design wise 1992-93 Ultra is ahead of this one, as is 1996-97 SP. But this one has more of the "Total package" which keeps it at 14th. 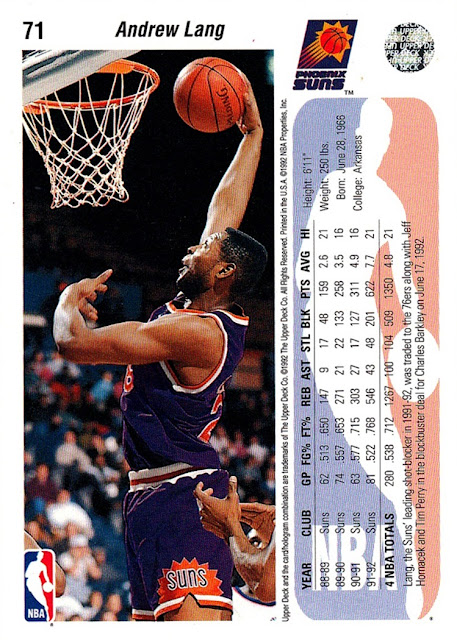 The team subset is my favorite and the only one I feel like showing both sides of. 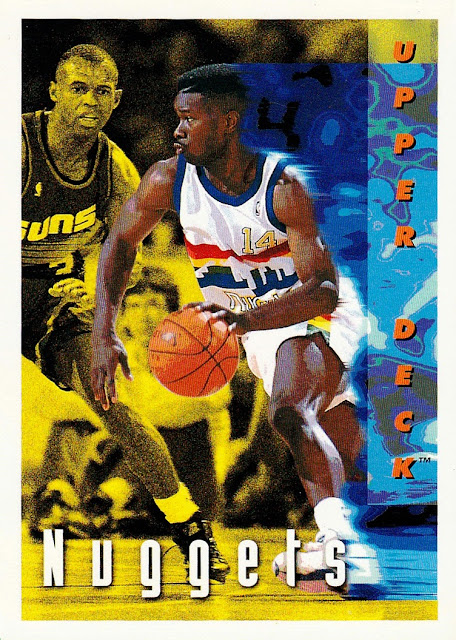 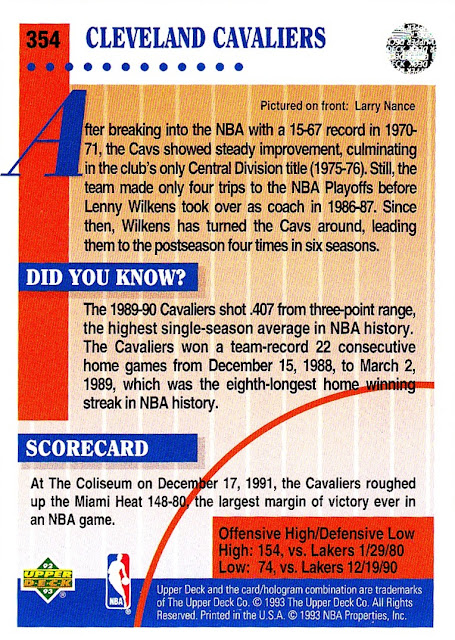 The All-Star subset is great too. 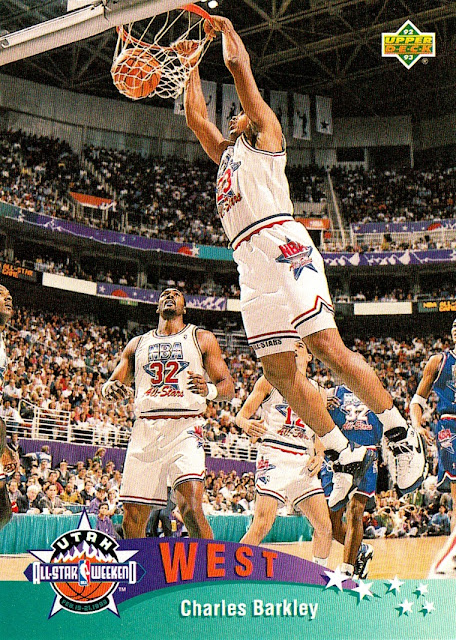 There were a bunch of inserts. Upper Deck debuted in 1991-92 with only three inserts, but had 10 in 1992-93! 15,000 point club is a favorite of mine- it was the first checklist I posted to the Trading Card Database (As of this writing I've posted 2223 checklists) and the Award Winner Hologram...you can't beat holograms. It was in it's second and final year. I don't have all the inserts scanned but here are some of them. 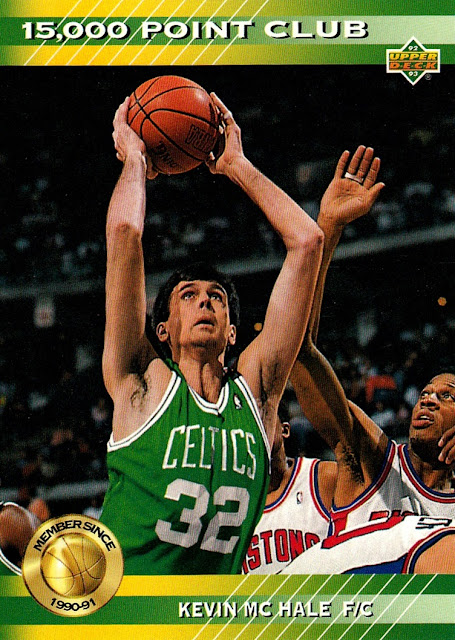 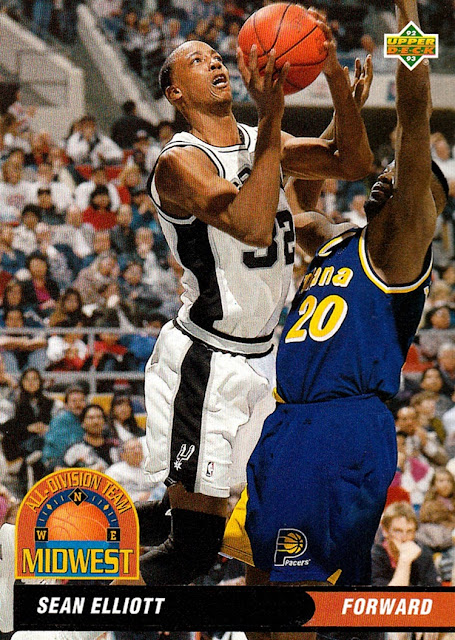 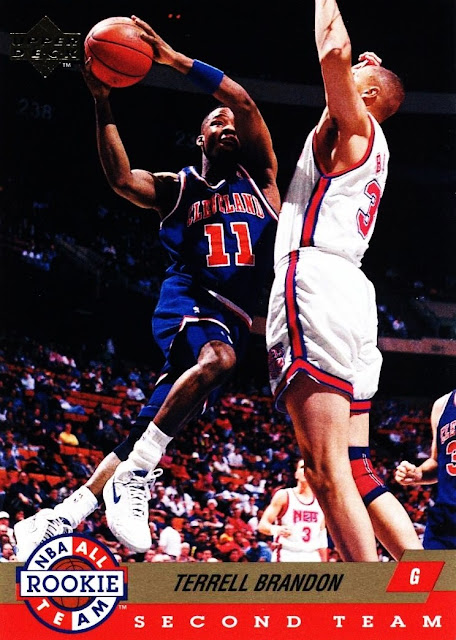 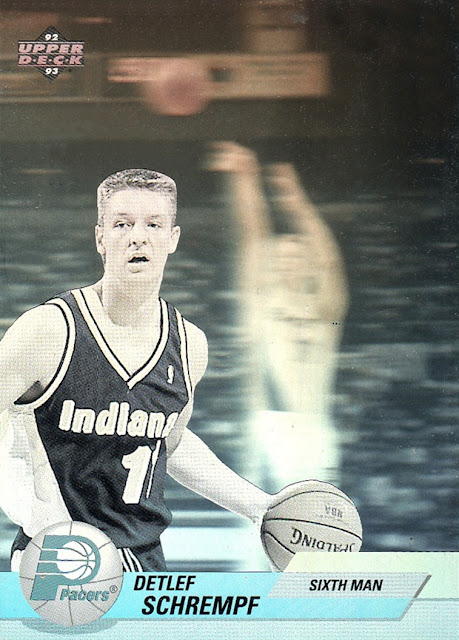 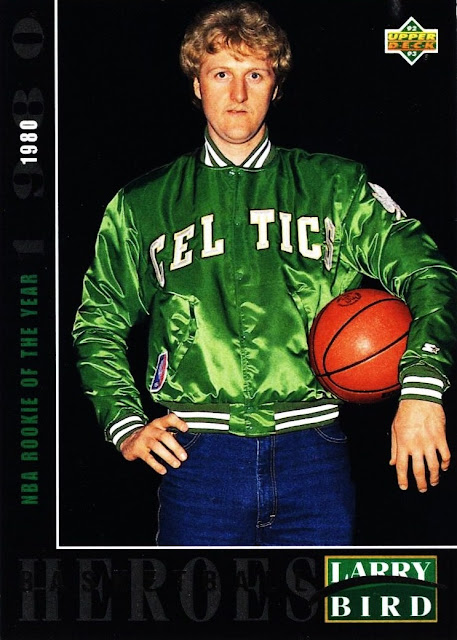 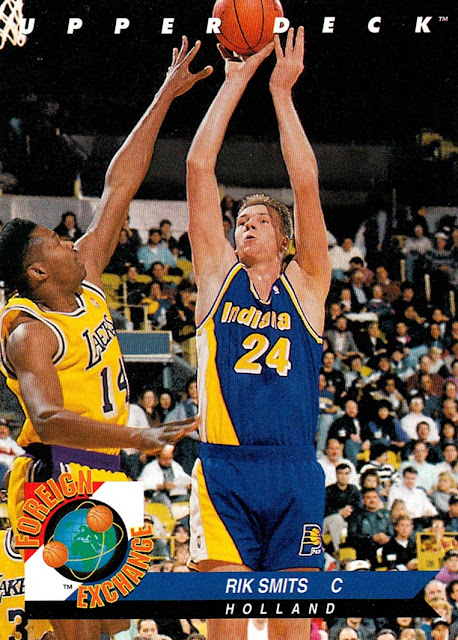 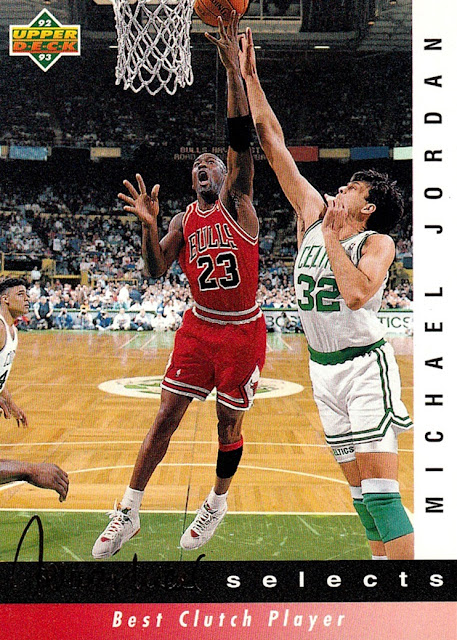 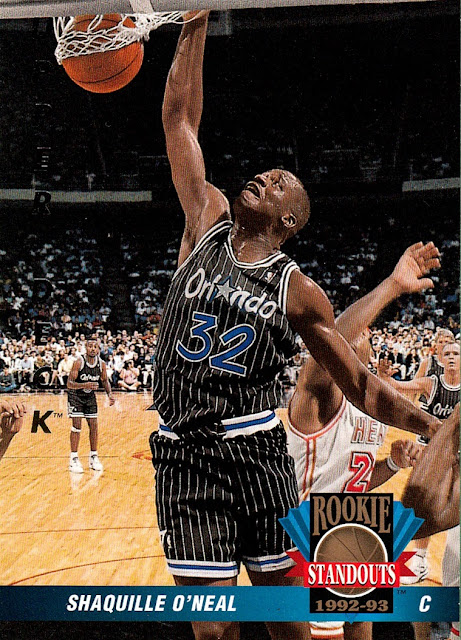 I consider this set complete even though I don't have all the variations. I have only one version of both cards #1, and there are 4 Error/Corrections. I know I have both versions of two of them, but I can only find one version of them right now, and I know I only have one version of the other two, but I don't know which version as they are mixed into my collection, which is mostly sorted by first letter of last name right now.

Posted by Billy Kingsley at 4:47 PM