Seeing the World on cards

Recently The Shlabotnik Report proposed a Blog Bat-Around of how many different countries we have represented in our collections. I thought that was a great idea and this post is the result...

1. USA
Being from the USA, and the USA's obsession with sports, means that the vast majority of cards in my collection are from my home country.

#2. Canada
Speaking of national sporting obsessions, I've since gotten addicted to hockey, and Hockey = Canada. O-Pee-Chee and Parkhurst are both Canadian companies, now contracting with Upper Deck to produce their cards.

#3 England
There is some doubt in my mind where trading cards were invented. I know the USA had them as far back as 1868, but I don't know when they arrived on the scene in England/GB. Most of my British cards are of the Tobacco variety, but they still produce cards to this very day.

#4 Japan
The vast majority of my Japanese cards have come from Ryan, aka SumoMenkoMan...as in I think all except one that I bought on COMC have come from him. Japan has a rich history of cards...most of which leaves me very confused.

#5 Spain
In 2012, Spanish company E-Max got the Angry Birds license and issued a large trading card set for the game's characters. I began building my pack stack in 2012 with this set, and I still have one pack left to open, or maybe even more than one.

#6 Germany
Trading cards were a big deal in Germany...until WWII. While they still get some, it's not like it was before the war.

#7 New Zealand
This country, represented by only a single pack, came to me entirely from SumoMenkoMan.

#8 Cuba
I picked up 4 Cuban girlie cards earlier this year...this is the only one that does not feature nudity.

#10 Italy
Panini Stickers are made in Italy, and sold around the world. Panini is an Italian company.

#11 Portugal
In 1995-96, Upper Deck produced versions of Collector's Choice for sale exclusively in 7 different countries outside the USA- at least, that was the plan. All except the Japanese version were widely sold in the USA, although the set issued for Portugal was the second rarest. The fronts are identical among the issues for the USA, Spain, France, Germany, Italy, England, Portugal and Japan.

#13 China
Represented by only a single card in my collection, this card comes from the 2013-14 Panini Chinese set, which was only sold in China (naturally). China actually has more NBA fans than the USA does, believe it or not. There are cards out there for the Chinese Basketball league but I've never seen any in person. 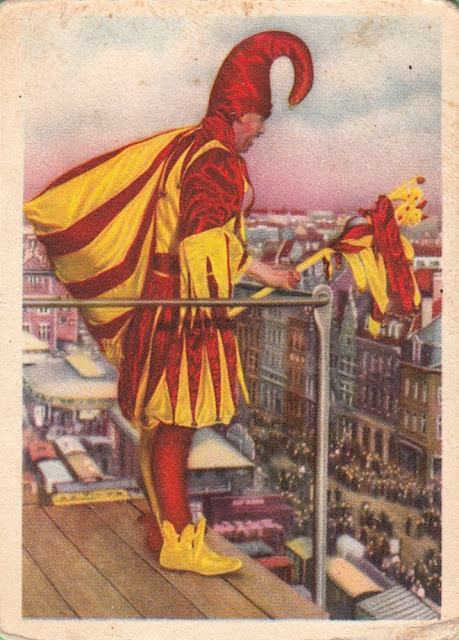 The most mysterious card in my collection. I know almost nothing about it, other than it was made by a Belgian chocolate company. Like China it's represented by this single card.

I know cards have been issued for the Philippines professional basketball league. I'd like to get them represented in my collection at some point, but they are not here yet.
Posted by Billy Kingsley at 3:52 PM