I finished my first model build! The first by myself anyway...I had built three previously with my dad, which consisted of me twisting the parts off the trees and handing them to him, and him gluing them together. Since I didn't build them though, I can't count them in my build history.

In the mid-1990s, we had gotten some kits with the intention of building them on Thanksgiving day...this was an idea my mom had to keep us out of the kitchen while she was working on dinner. My dad didn't enjoy it so the kits we had just sat...in particular, there was a 1994 issue of the AMT 1953 Ford pickup that I saw all the time, but it was something I didn't think all that much about.

Then, in November 1999, I decided I wanted to try and build that Ford pickup kit myself...so I did. And it went well, I enjoyed it...even if looking back on it now I realize that I didn't know at all what I was doing. I enjoyed it so much I pulled out one of the other kits we had hanging around and built that as well. Once that was done, we made a trip to the local Wal-Mart, which at that time carried model kits, and I bought two more...and promptly built them. Another trip to Wal-Mart led to a cart full of models, and the stash was born- today, it's grown so large that I had to rent a storage unit to hold it, it's actually TOO large- I can't find anything when I'm looking for it!

The hobby has done much for me, as well. Roughly 90% of the people I interact with on Facebook are modelers. It led to me being published in internationally-distributed magazines nearly 10 times now, including several times with my byline. It led me to two model clubs, and shows around the Northeast and beyond- I visited New Jersey, Ohio, Indiana, Michigan, Illinois, New Hampshire, Rhode Island and Maine all for the first time on trips for model shows- with shows themselves in New Jersey, Ohio and Massachusetts being the base for each of those trips. I've been discussed on Dale Earnhardt Jr.'s Radio show, supposedly, although I didn't have access to actually hear it at the time. When I was in the hospital near death in 2013, the only person who came to visit me was a member of my model club. (besides my mom and brother, who were there the whole time). One of the other big facets that came from model building was my participation on the internet. I joined my first message board- The Model Car List- in August 2000 after seeing it in the first issue of Scale Auto Enthusiast I ever bought- and it led to everything else. It's where I learned about the model shows. It's where I met Rick Hanmore, who brought me into the Town of Newburgh Model Car Club, and the TNMCC is why I'm still in the hobby. (I had been extremely frustrated with my brush painted builds. They taught me how to spray paint at the 2003 Club picnic). And of course, my interest in internet message boards eventually led to the creation of Cardboard History many years later! My Fotki- my website- also largely came out of the desire to post pictures on the Hobby Heaven board, which then and now is the premier modeling message board. I launched that in 2004 and have over 400,000 images on there now.

Model building is one of the main pillars of my life, and even though it's also brought frustration, anger, and general unhappiness, the good outweighs the bad, and while I sometimes do regret ever starting up in the hobby, in the end...I am glad I did. My life would not have had many of the key aspects if I did not build that first model 20 years ago today.

To celebrate the anniversary, I got it out and took some new photos of it. It turned out to be one of the best brush painted models I ever did, and the only one from that era I still have on display. All of the paint came from my limited supply of Testors paints, which I tried to clean with water- not understanding that water would not do it. (Somewhere I still have the brushes with the paint still on them). I didn't have brown, so I painted the bed gold...I didn't yet have a sprue cutter or even a hobby knife when I built this! 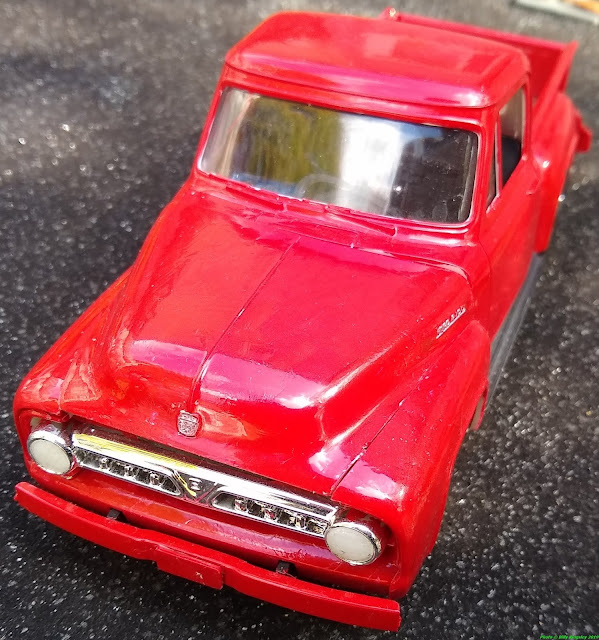 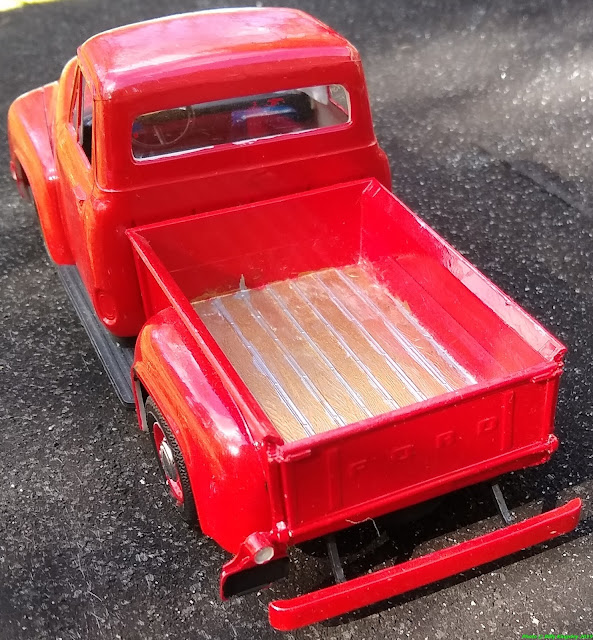 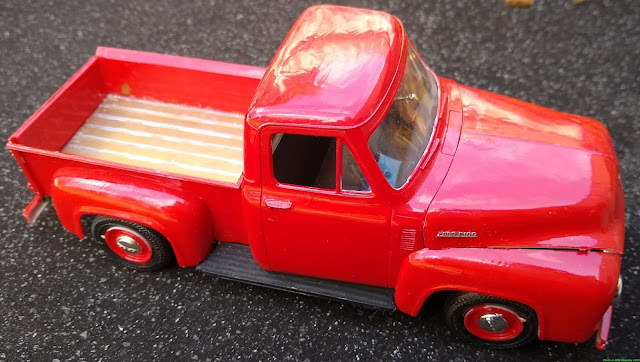 I still destroy about 5 models for every one I successfully complete, but my current total, at 20 years, is 319 models completed.
Posted by Billy Kingsley at 11:25 AM