I am pretty sad, because my favorite place to go in the Hudson Valley is closing. The Dutchess Marketplace, which they advertise as a flea market but is really an antique mall, has lost it's lease and is being forced to close at the conclusion of 2019. This has been my source of vintage cards since 2014, when I first visited it. It's where I went first when I decided I really wanted to collect the NHL, which you can see in this post I made at the time: Life as a Hockey Collector. It's also where I got all my Scoop cards, and where I discovered the 1942 Gum, Inc. War Gum set, a favorite non-sports set of mine.

I've known since then that he had lots and lots of Rangers cards, but I never found the money to buy them. Well, knowing I was probably losing my chance, I made sure to get them. 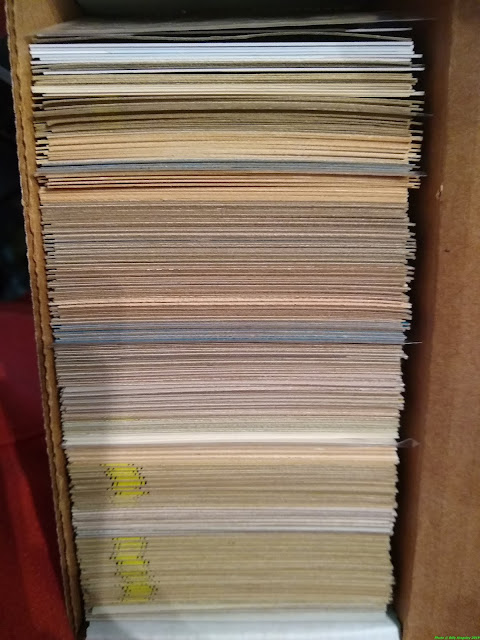 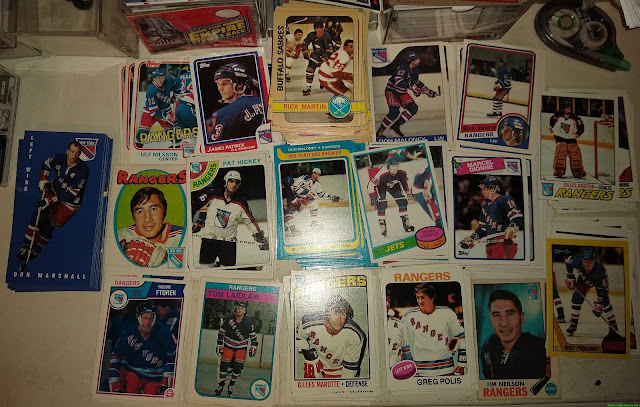 Here they are broken out by set! It's not all Rangers- there's a large stack of what used to be a set build of 1972-73 Topps-but it's mostly Rangers, covering from 1969-70 through 1988-89, and the 1964-65 Parkhurst set that was actually issued in 1994. I didn't track any other team, but I know I added 247 new Rangers cards, which is a lot. According to the stats page on the Trading Card Database, it pushed my Rangers collection over 1000 cards! That's more than 500 cards more than my 2nd place team, the Canadiens.

The 1972-73 set is now my closest to completion vintage hockey set, as I now have 114 of 176 cards, although 3 of them are in really bad shape and need replacing. They are so bad I didn't even enter them into my collection on the Database.

I have not scanned any of them yet, although I will scan everything eventually...it's going to take me quite a long time to get through them all. In fact, based on the cards I got at the Marketplace, and the fact that I opened 4 of the 6 Harness Heroes years that day, I actually ended up getting 611 new cards that day...aside from the hockey cards here, I also got a set of girly cards which I won't be able to show, and then I visited the other card dealer there and picked up some more modern stuff...including some I plan to send out at some point.

Just because it's visible in the photo, I should mention that I did add the Star Wars card shown from my vintage dealer friend as well. It's got a little bit of water damage but the hanger pack header cards come up so rarely that I didn't care. He had taken it in in a trade since the last time I was there.

There's actually a third card dealer there, who deals mostly in sealed boxes. I purchased a box of 1993 DC Cosmic Teams but I didn't open it yet. Or think to take a picture. He had single packs for sale of the 1990 Classic Monster Trucks set, which I had to get, even though I have the complete set already. None of the packs survived so I got one...knowing it'll never be opened, because there are no inserts or parallels to chase. I believe, in my 31 years in the hobby, it's the first time I've purchased a pack with zero intention of opening it. 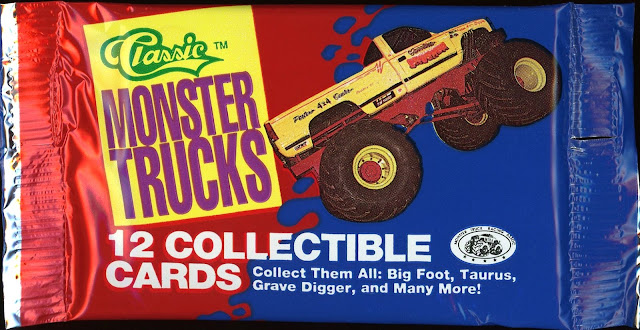 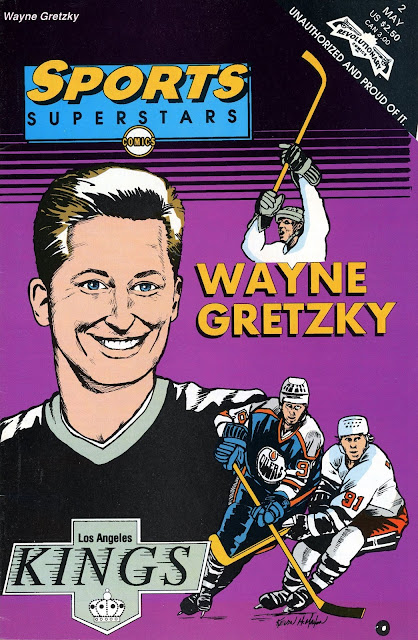 It's in black and white and of notoriously dubious quality, but I had to get it anyway, especially at $1! I added the Michael Jordan comic to my collection sometime in the mid-1990s, but I wasn't collecting hockey at the time. I'm still looking for the Charles Barkley vs. Godzilla comic, which is a real thing that exists.

I really hate that we are losing the Marketplace, over greed. (The lease owner plans to put in "upscale coffee shops" which I will never support on principle). It was a fun place to go where you never knew what you were going to find, I loved walking through it and seeing the various items, ranging from antique tools, to fossilized dinosaur poop, (yes, really) to even cars...and especially the multiple card dealers.

They are working on finding a new place, but this is the second time the same person has pulled the lease on them...and the last time it was about a decade that they went without a location. It is far more popular now, so I'm hoping that they find a place much quicker now. I've become friends with some of the dealers, too. I won't be able to go see them anymore.

But at least I won't always be regretting missing out on all those Rangers cards. I already missed out on the Islanders cards he used to have, and are mentioned in the post I linked to above.

However, in retrospect, I should not have spent the money on the cards, because my teeth problems that I mentioned in the last post got really bad this past week. In fact, I've scheduled this post to be published while I'm having my very first root canal...and holy crap, tooth repair is expensive.
Posted by Billy Kingsley at 2:30 PM