It was sometimes censored on cards, with no apparent rhyme or reason as the cards were both real and censored from the same companies.

I just got this die cut insert from 1999 Wheels, where the Winston sponsorship was censored off the sides of the car, and Jimmy's shirt...but not his hat. Nor the Winston Cup logo, which usually never got censored even on otherwise censored cards.  Even though the No Bull logo was heavily tied into the Winston campaign, it remained uncensored. 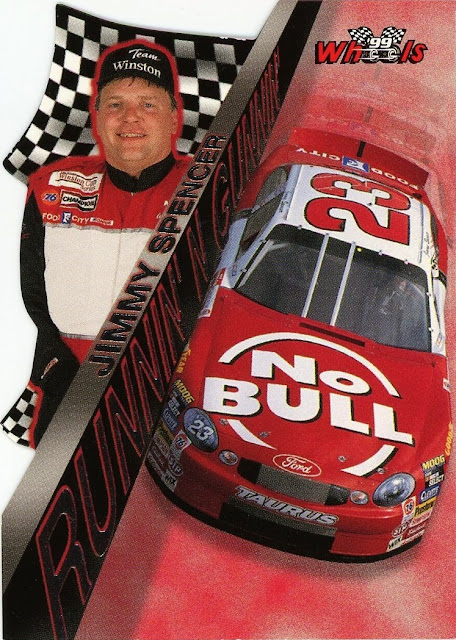 Posted by Billy Kingsley at 1:49 PM