Usually, I get a card gift. This year is no exception, I got a box of the new 2016-17 Ice set! It's only the second hockey box I've opened, and I have not typed up the Box Break Review of the first one yet- I'm getting a little backlogged, I have opened several boxes that I have not properly reviewed...I'll get there! 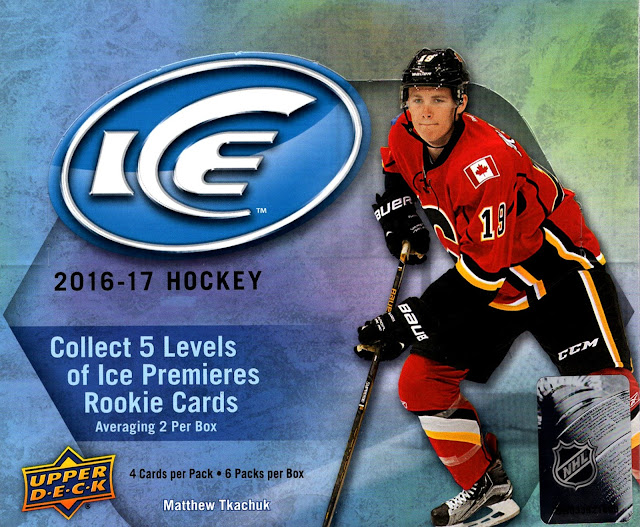 But this box, since it only had 24 cards, should be an easy one to type up, and I think, for fun, I'll show all 24 cards. they aren't in the order I pulled them, but they are in numerical order. I have no idea how to get this text back where it should be, sorry! 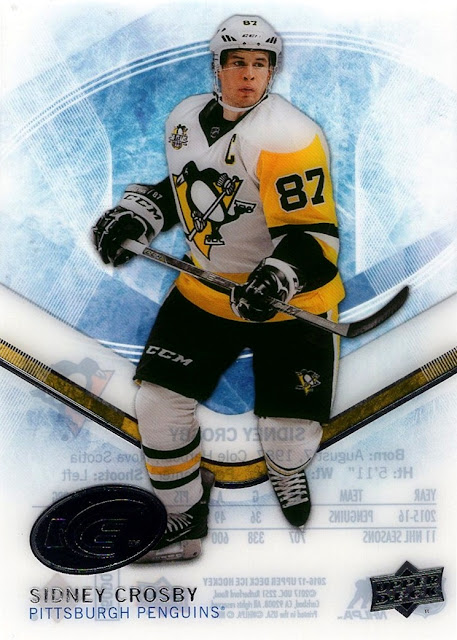 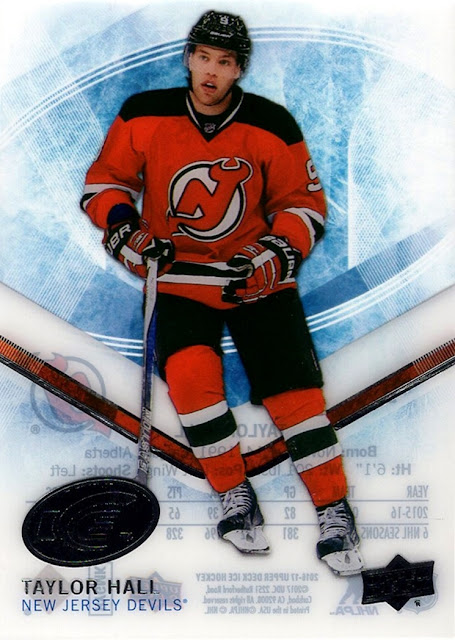 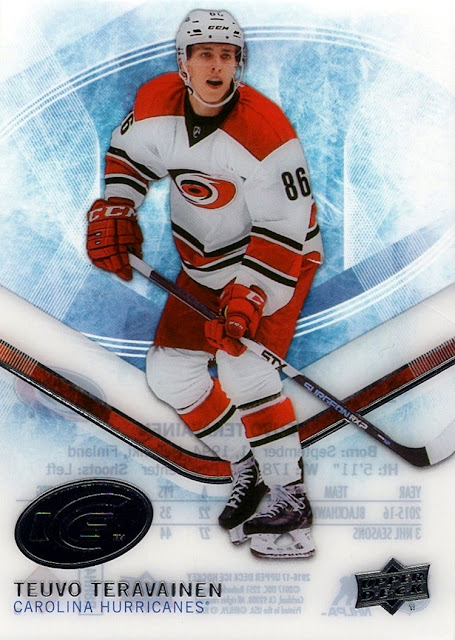 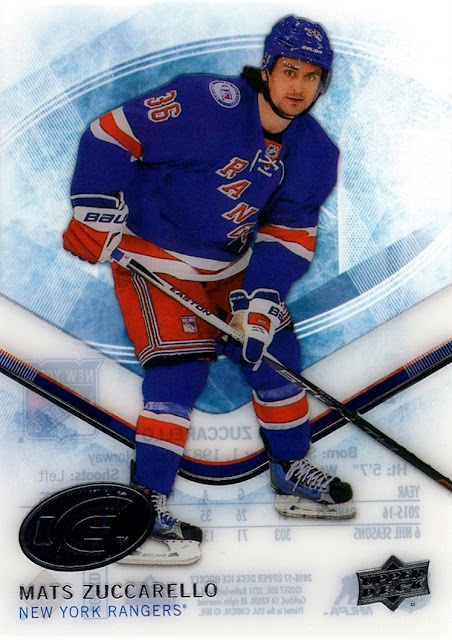 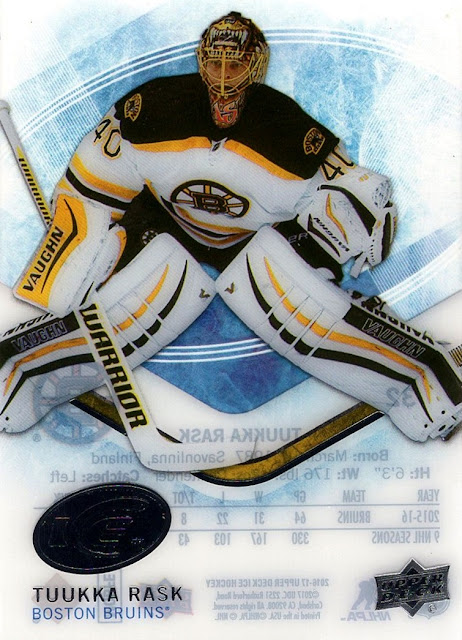 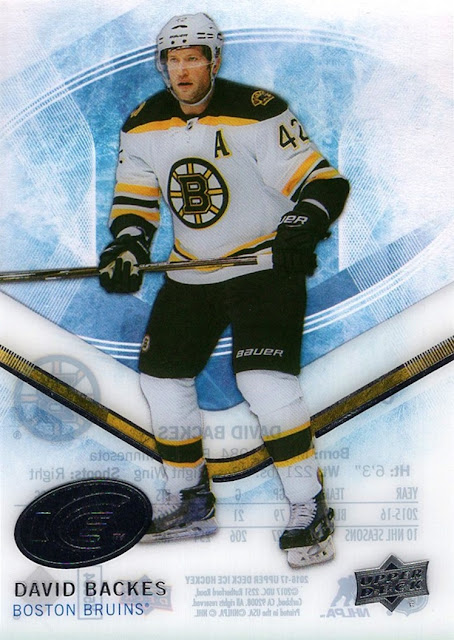 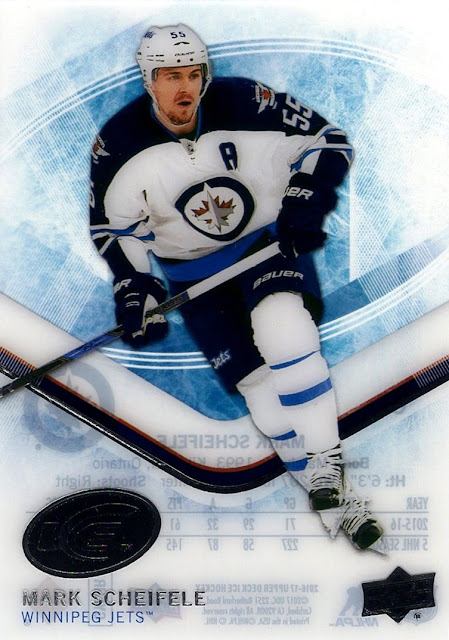 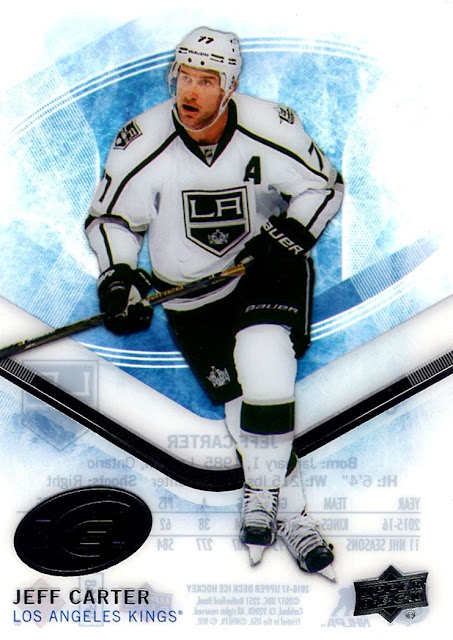 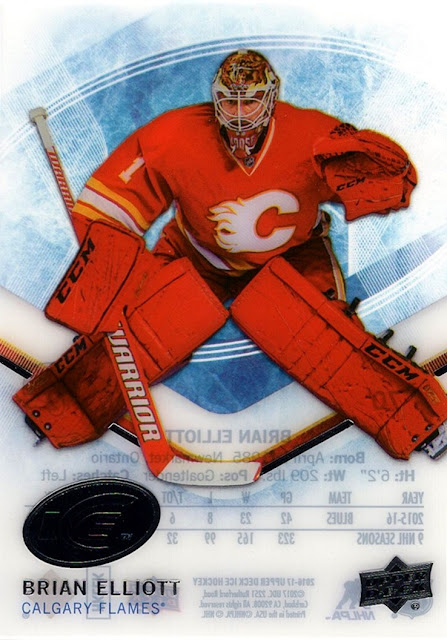 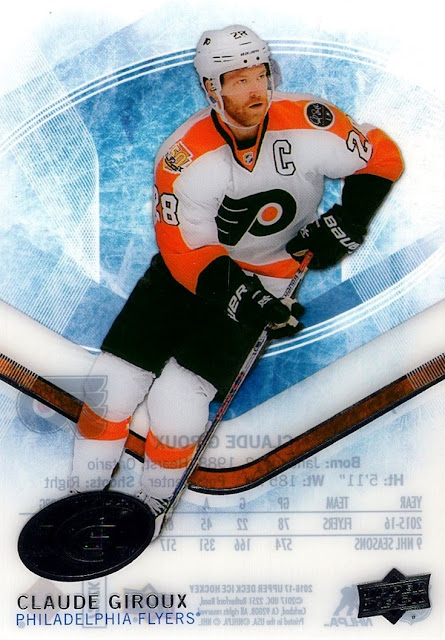 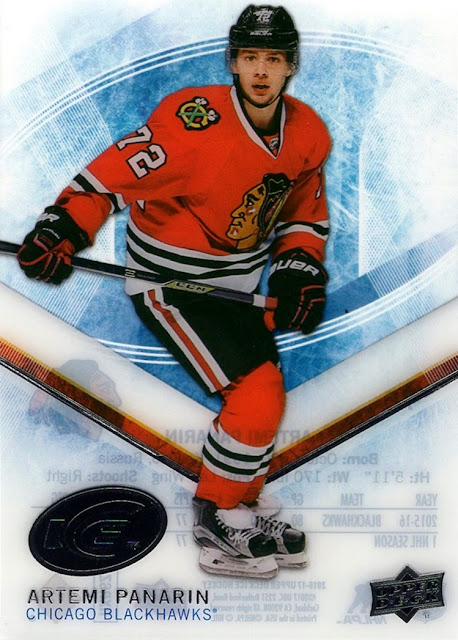 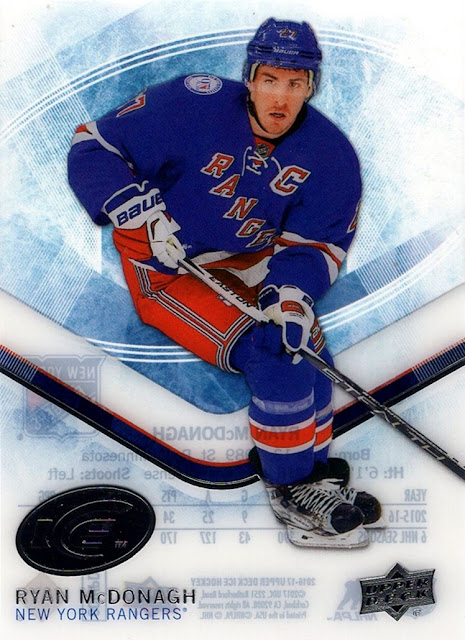 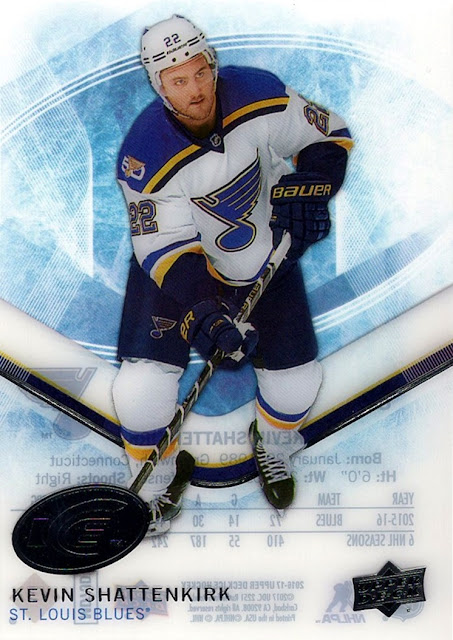 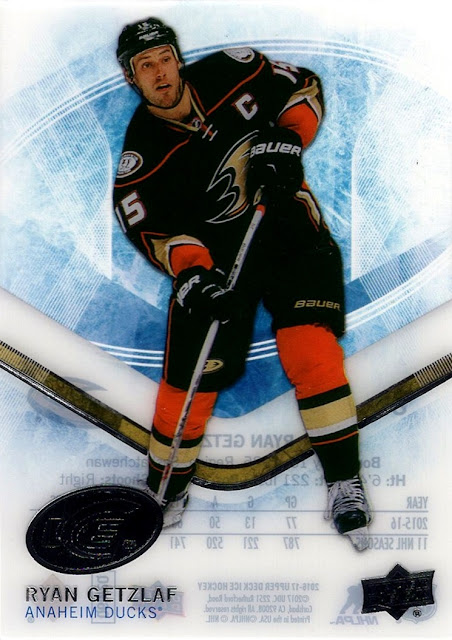 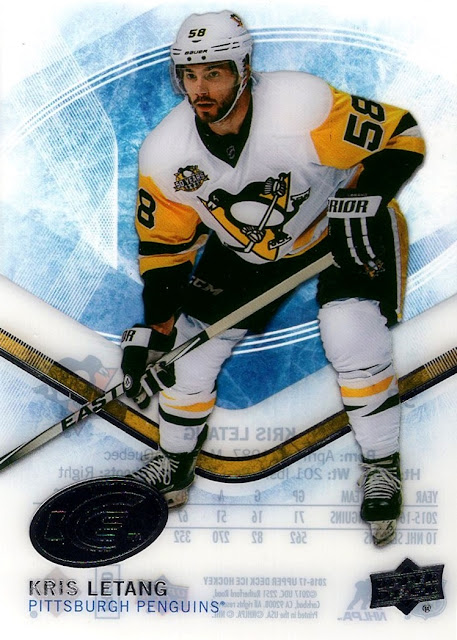 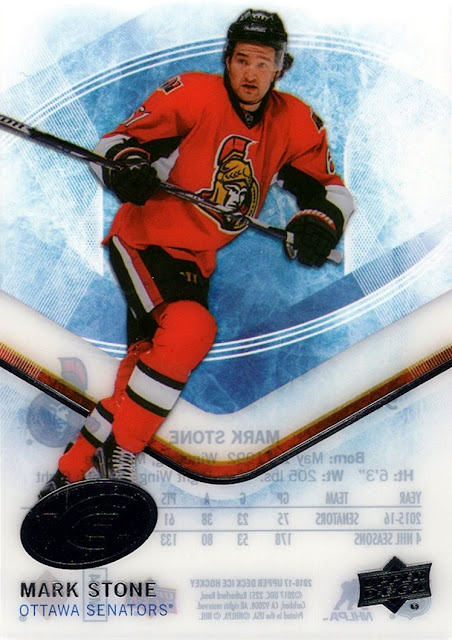 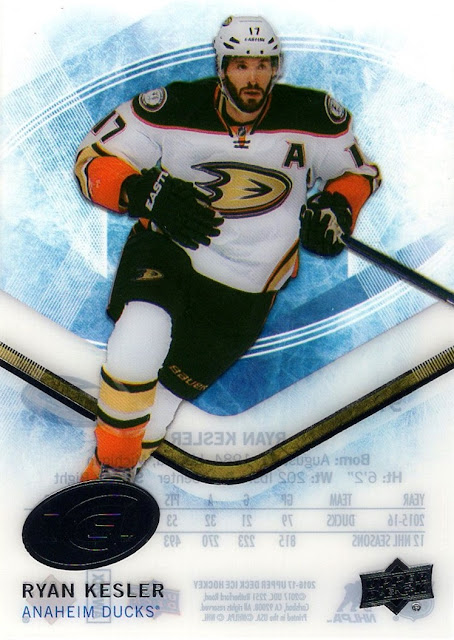 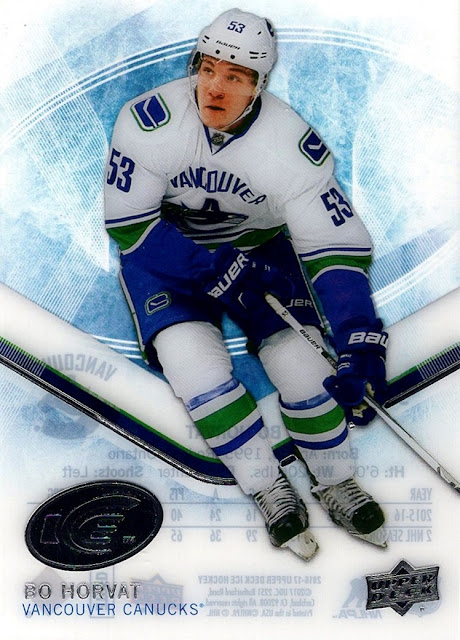 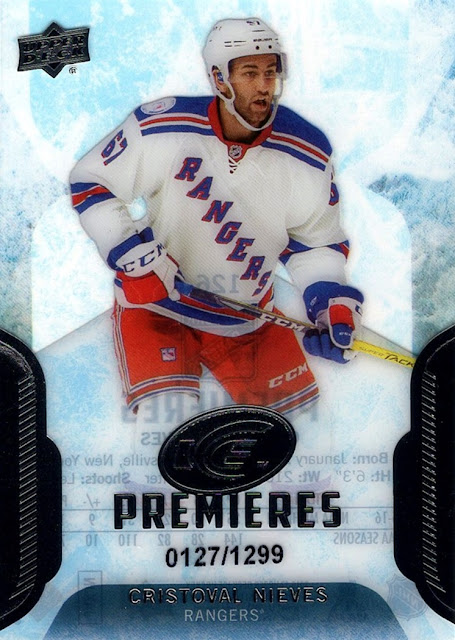 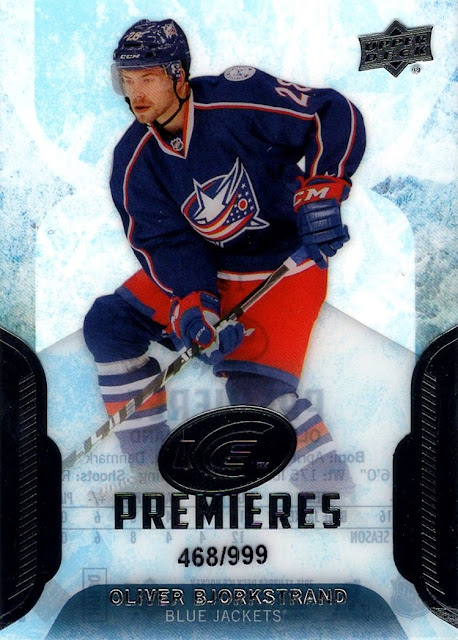 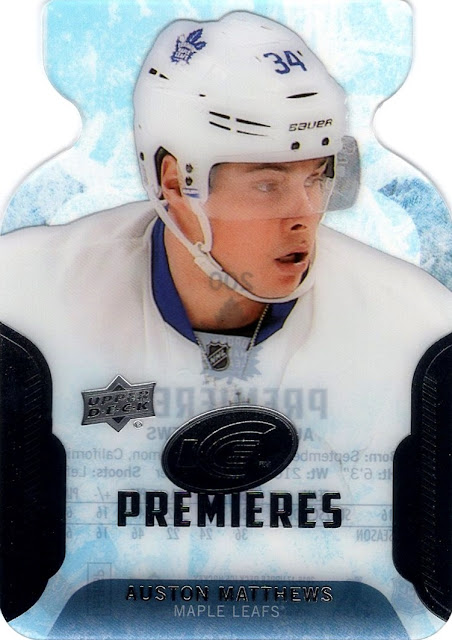 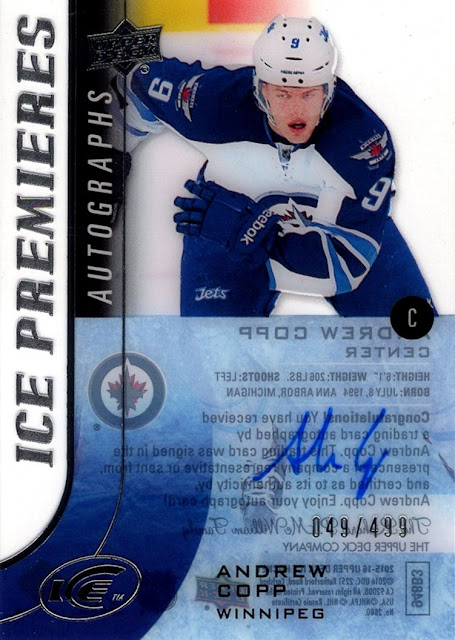 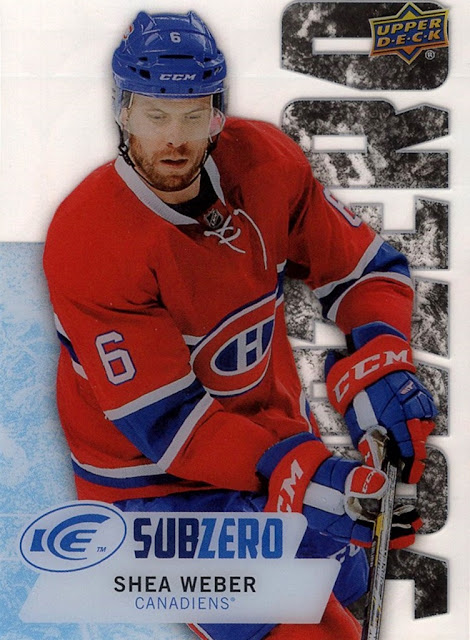 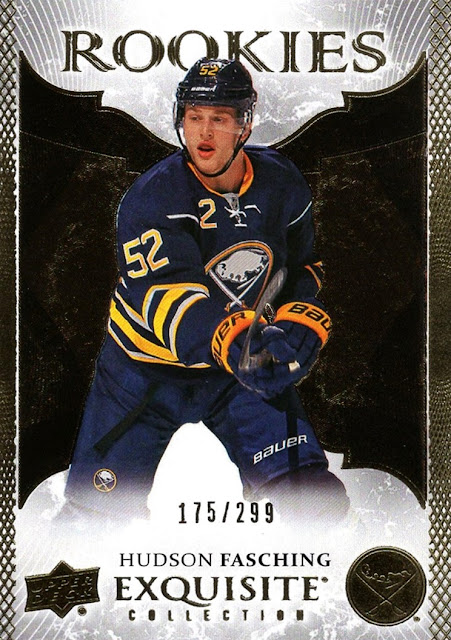 Some thoughts on the box: the scans do NOT do these cards justice! Except the Exquisite, they are all printed on clear plastic. I pulled the autograph in my first pack, it was my first card of Copp, one of seven people added to my collection. This is only my 3rd NHL autograph in my collection, it's actually going to be shown before my second, the first one I pulled, actually. The SubZero insert is really neat in hand but the holographic effect in the plastic was not captured in the scan. I'll see what I can do about getting a photo of them. You only get 24 cards in a box which is not a whole lot, but the cards are nothing short of spectacular. 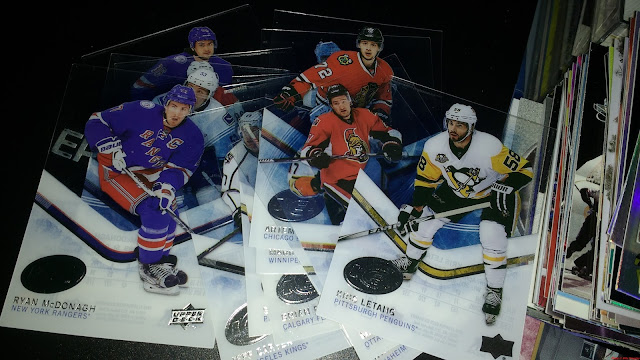 They are on my scanner here 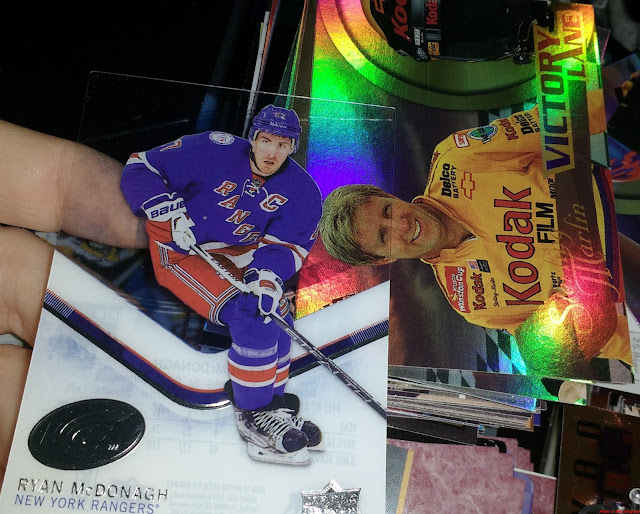 Layed over a NASCAR card to show how clear it is, even with the blue backdrop 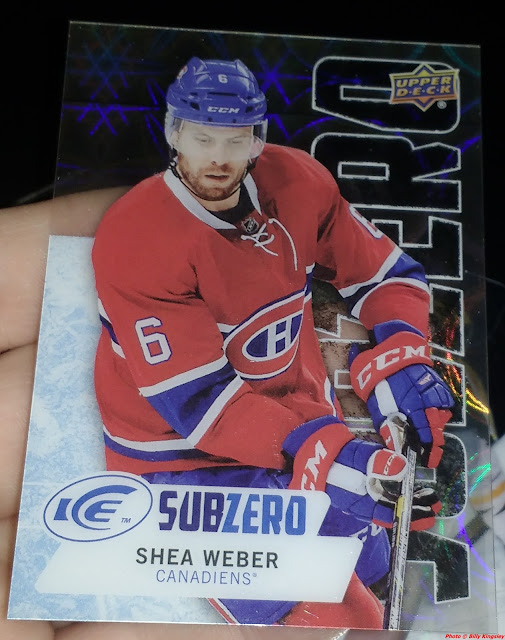 Here are two photos of the Sub Zero card to try and show the holographic pattern. I like the second picture because you can see how the camera flash made the holographic design transfer onto my computer screen! 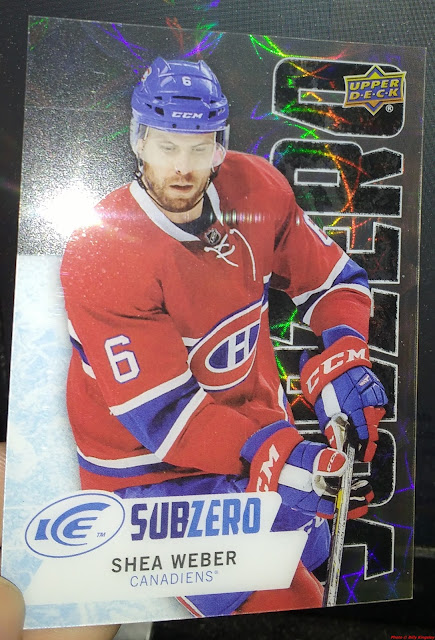 With these cards, posting them to the Trading Card Database put me over 1000 hockey contributions, and also this final photo of the Shea Weber card is the 1000th photo I've taken in 2017. Yes, I keep track of that, LOL.

Ironically, May 1st was the first night I missed watching any hockey since February. With only one game on the schedule, and with the NHL not repeating, I missed it because I went to my model car club meeting instead, by time I got home it was done.
Posted by Billy Kingsley at 5:30 PM