Another vintage non-sports set with only one card in my collection, this is a small card, as Bowman was using small cards at that time. This was a huge set, at 180 cards. It's the largest set I'm aware of from the 1940s. It is broken down into various subsets (each numbered differently, but part of a whole) which covered several different topics related to the Old West- which, at that time, wasn't all that old- topics in the set range in age from the 1700s to the early 1900s! Early cards in the set don't cover the Old West at all, and, not having seen the cards, I'm not sure exactly how they tied the War of 1812 to the narrative.

There was a subset of history, a subset for daily life at the time, a subset honoring famous Indians, non-Indians, and even outlaws.

The D-series cards, of which my only example is from, documents the wars with the Indians. At the time, popular media portrayed the Indians as the bad guys, but as we now know, that isn't entirely the case. 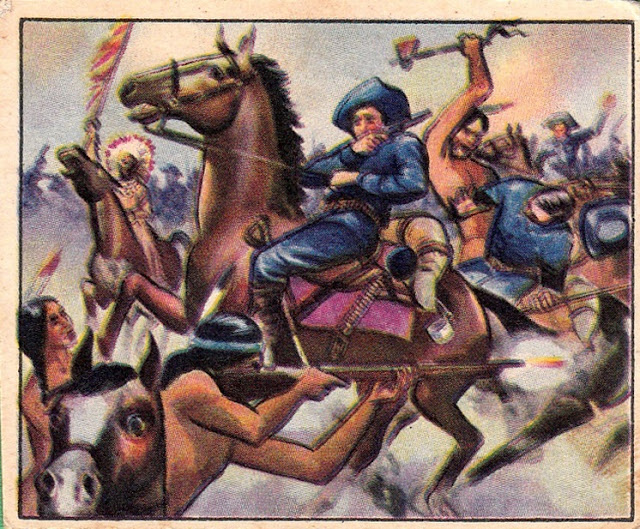 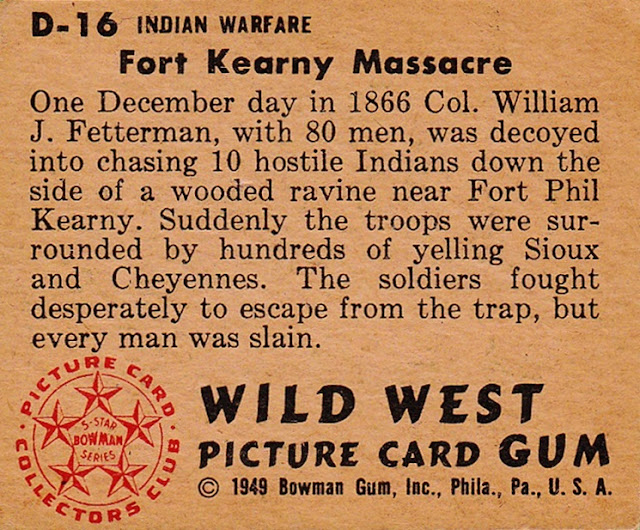 I believe, from the research I did when I got the card, that this version may have been a mail-away variation based on the red badge on the bottom left of the card back. I do not know for sure.
Posted by Billy Kingsley at 5:55 PM