Tonight, I watch my first ever Stanley Cup finals game...the Nashville Predators are who I want to win, but the terrible thing is that no matter what, there are at most only 7 games left of the season, and probably less.
While I'm watching the game, I'll post this NASCAR themed post in my highly unpopular series looking at special paint schemes to celebrate my 25th year as a NASCAR fan.

Today, considering it's Memorial Day, a patriotic scheme is in order. Run only once, the first race after September 11th, is this flag scheme run by Ken Schrader. His sponsor, M&Ms, removed all their logos from the car so it would just be the flag. He finished 18th, two laps down, in this car's only start. 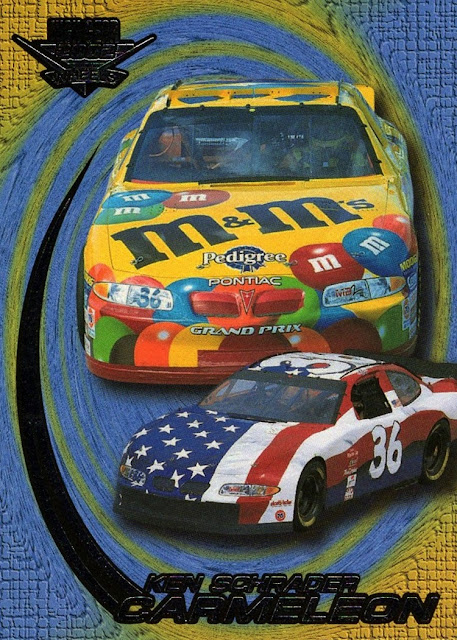 Posted by Billy Kingsley at 9:13 PM