What are the odds of that?

Back in 2007, my brother gave me a mini-box of Legends. Each overall box was broken into three mini-boxes. In that mini box, my relic was this Kasey Kahne Sunday Swatches card, the basic version SN 180/199. The scanner I was using when I scanned it cut off the bottom, I will have to rescan it at some point. I probably already did but lost it when the remote hard drive I was using crashed actually. 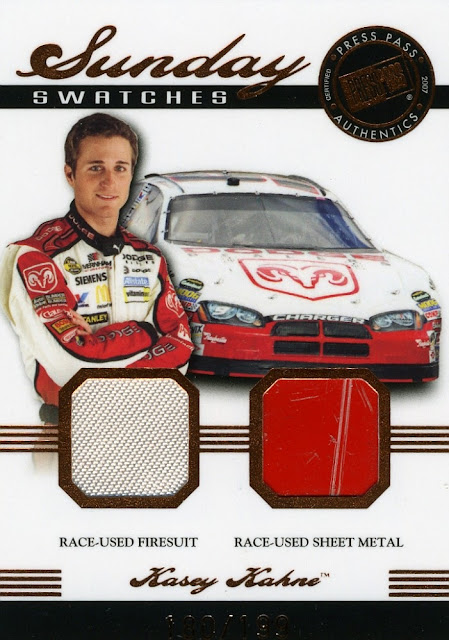 Flash forward to Christmas 2016. I got a box of the Dave & Adam's Hit Parade. The very first card out was a card that looked pretty similar- I though it was a duplicate at first until I got out my listing and saw that I had previously had the bronze foil version, while the new one was the silver foil version. What I didn't notice, however, was the serial number. Even though I wrote it down, as I always do, I didn't bother to look at the serial number for the version I already had. 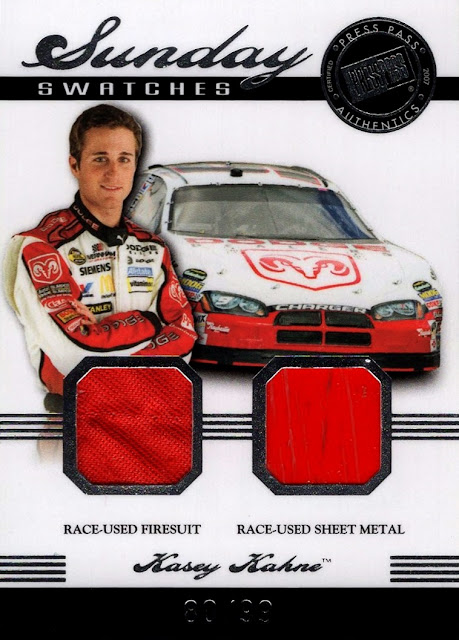 The new silver one is SN 80/99! What are the odds that, 9 years later and not purchased as a single, I would pull the SN80 of the silver version to go along with the SN180 of the bronze version I got when the set was new? I think the odds on that are pretty astronomical.

There's also a gold version, but those are only numbered to 50, so this couldn't be repeated with the final version I don't have. I may have to look for that one to complete the rainbow all the same.