A little while ago today my mom gave me this year's Upper Deck Rookie box set. I really like this concept...UD has not issued one since 2015-16 when McDavid and Eichel were rookies. They brought the concept back this year and I couldn't be happier.

14 of the 25 players in the box were brand new to my collection, including both Rangers! Here are all the new people, in numerical order of being in the set. 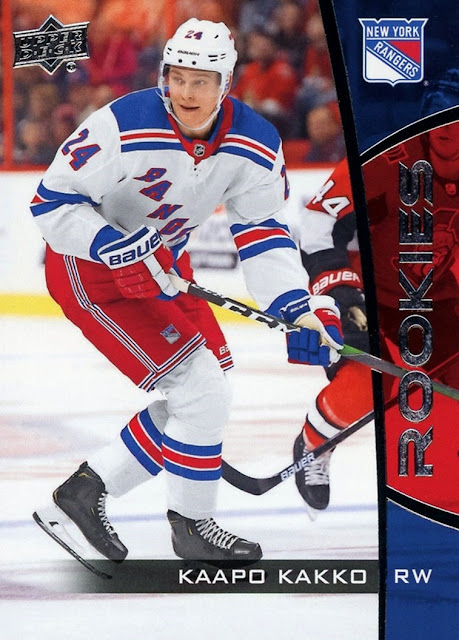 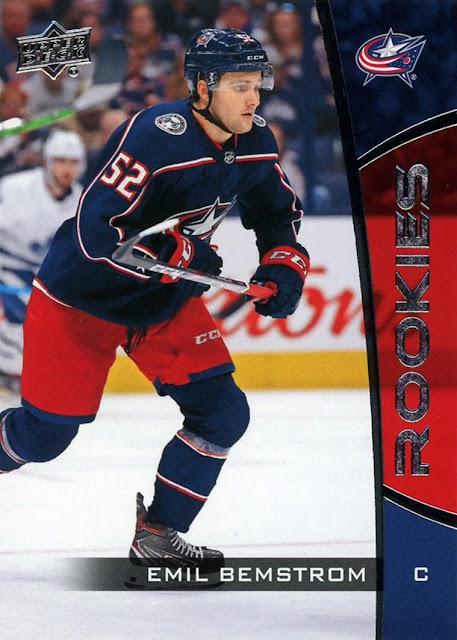 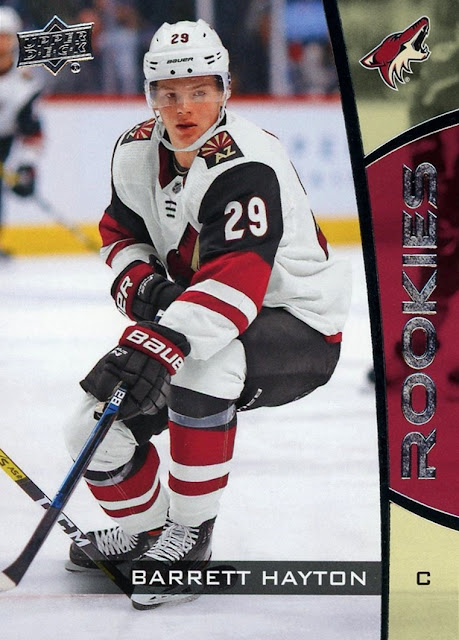 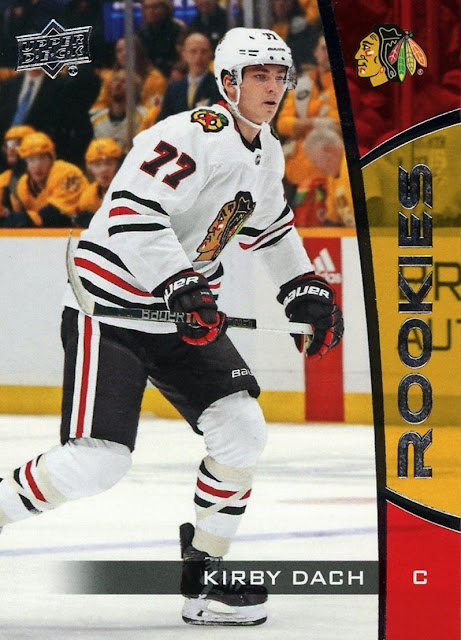 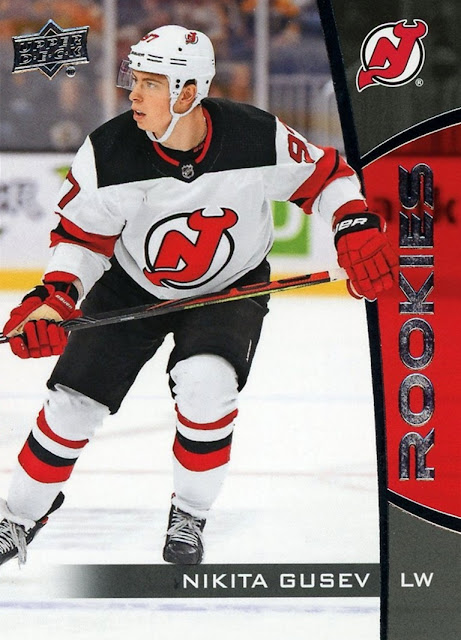 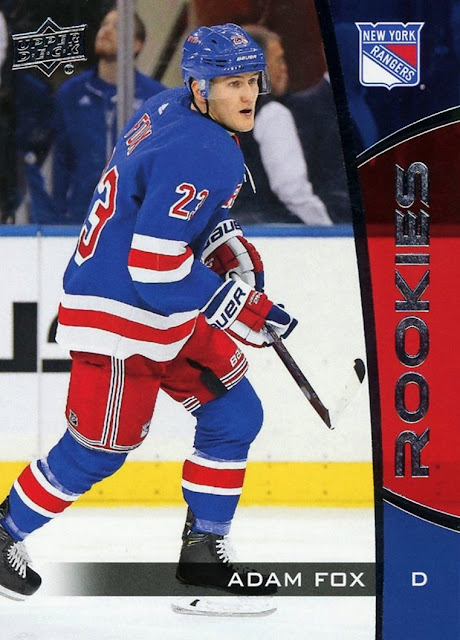 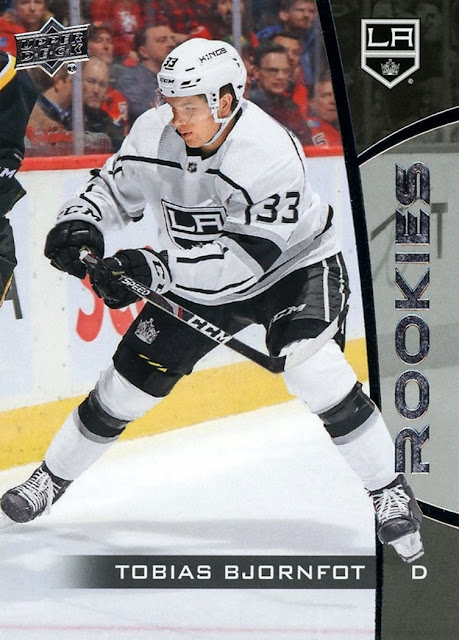 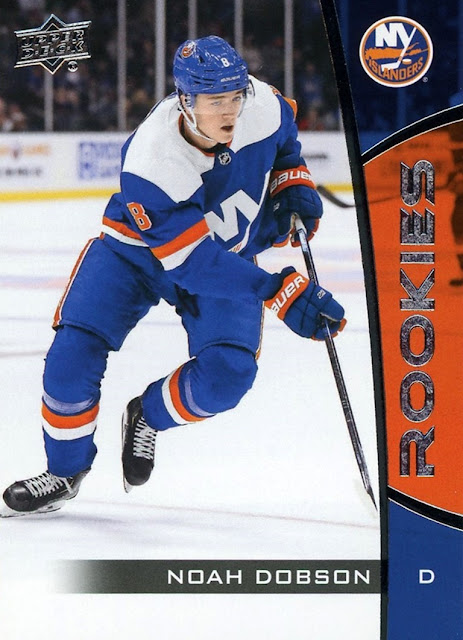 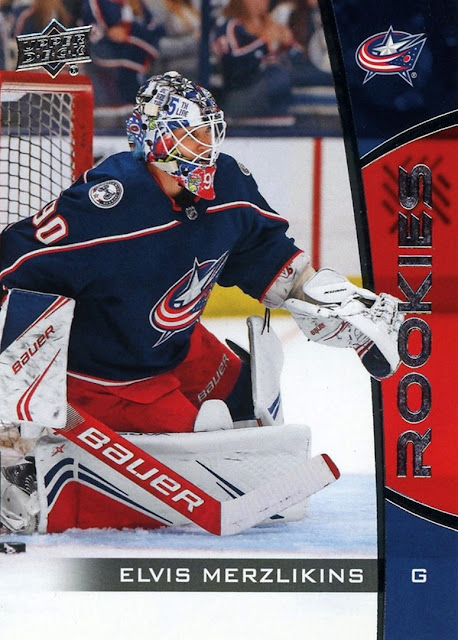 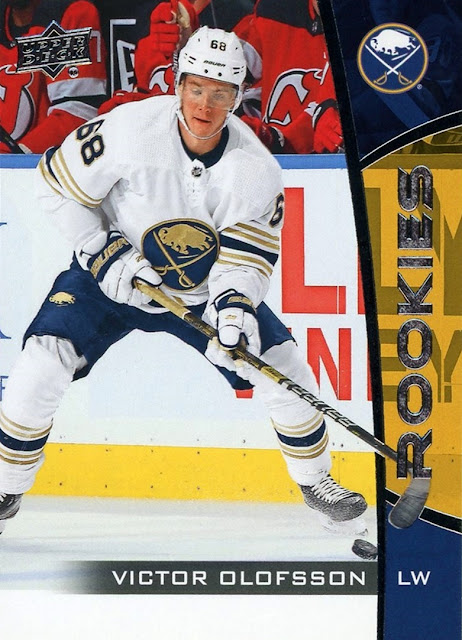 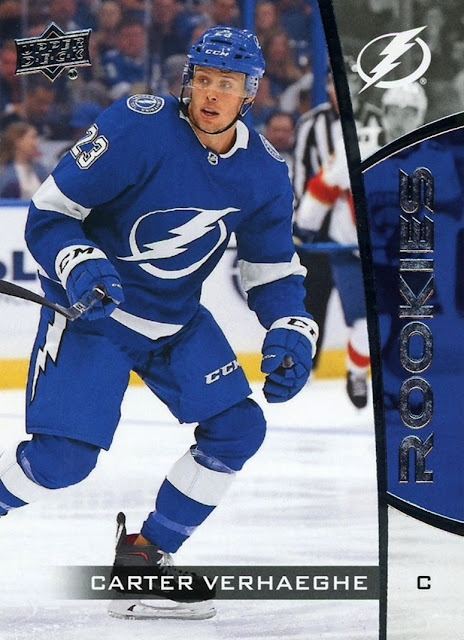 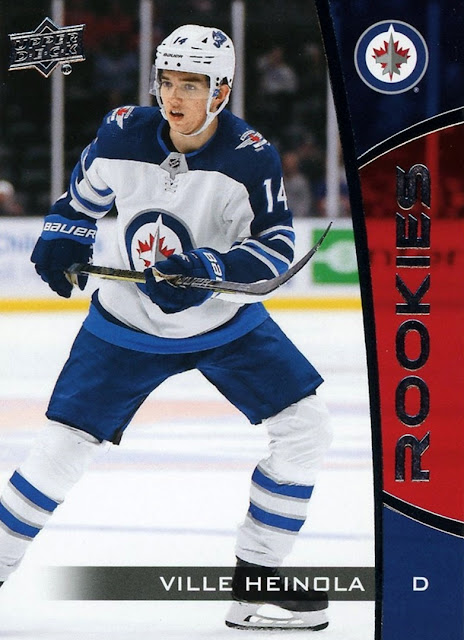 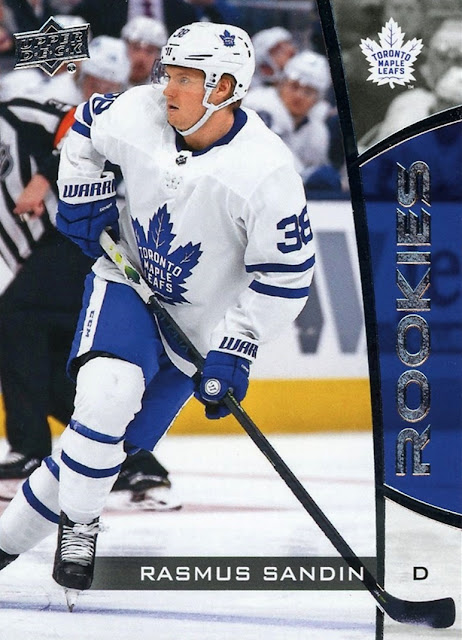 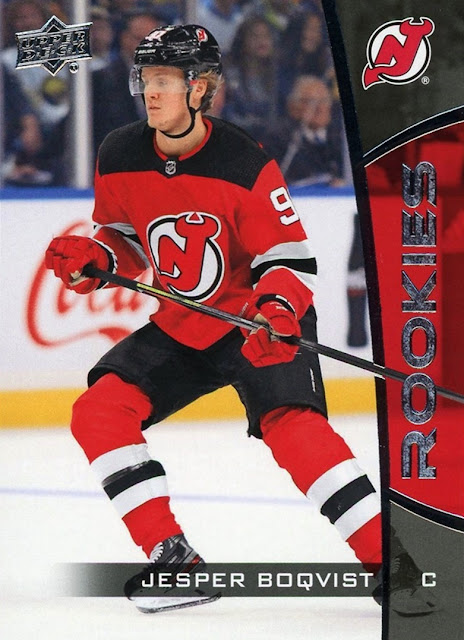 Whenever a new season of rookies enters the league- and it doesn't matter which league- I am always prone to wonder about who will become a major part of my collection, who will have a great career. Will any be Hall of Famers? It's way too soon to know but I always wonder. Conversely, some players may not stay around very long. In the 2015-16 set I got for Christmas last year, there were a couple of players who I hadn't heard of before and were out of the NHL after that season ended. Unlike the 2015-16 set, which was the last year where I wasn't watching the sport, I'm familiar with every single one of the 25 players in this set, and because I've been watching so much hockey, I've seen at least one game from every single one of them as well.

There are autographs available- one in 20 boxes, or one per case- but I was not lucky enough to pull any of them. I'm thrilled to have the complete set, and add 14 new people to my collection today- including the highest draft pick the Rangers have ever had, in Kakko.

Elvis is the only goalie in the set. I have to figure that had the set been created a little later in the season, Igor Shesterkin may have been included as well. Even so, Merzlikins has played his way into probably being a finalist for the Calder Trophy, with Makar and Quinn Hughes. I believe, in the thousands of people in my collection, he is only the second person to be named Elvis, after Elvis Presley.

You can see the cards I didn't show, and the backs, on the Cardboard History Gallery here: https://public.fotki.com/CardboardHistory/hockey/hockey-by-set/2019-20/2019-20-promos-oddballs/
Posted by Billy Kingsley at 3:59 PM