Kind of late to get this posted tonight, but I have two topics to cover and one of them led to a milestone.

First up, because I opened it first, is my 14th Total Blaster, and although the picture is not good, the blaster it self was a great one...probably my favorite so far. 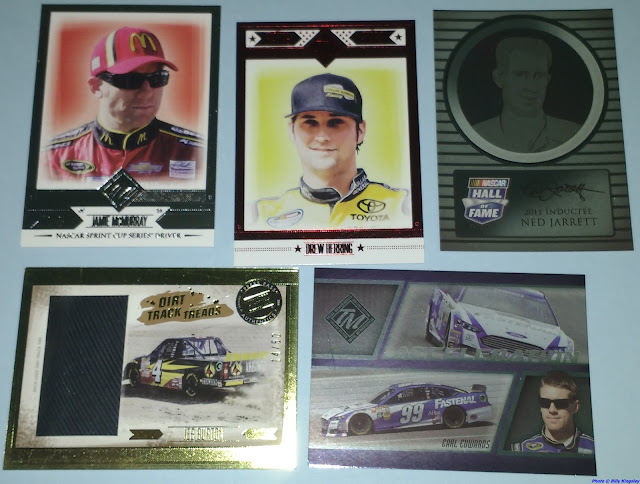 They are all new, which is nice. Jamie McMurray base, Drew Herring red parallel, the Carl Edwards Acceleration and the Ned Jarrett Hall of Fame placque...Herring was only ever included in this set, it's my second card of him, I have the base version already. With the Edwards Acceleration I'm now one card away from completing the insert. 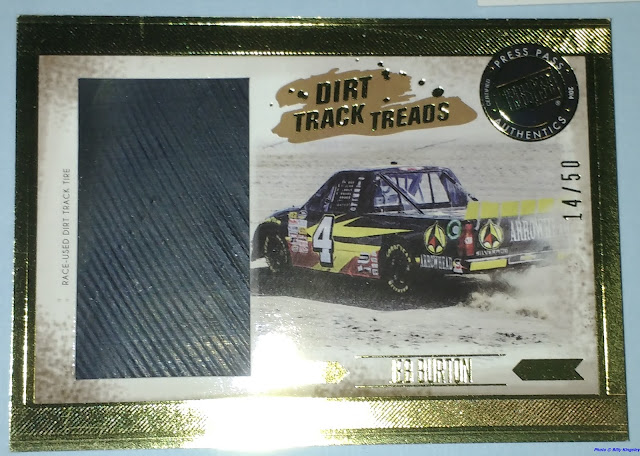 Here we go! I mentioned in the very first post of this series I was hoping to get some of the tires from the first Eldora race- NASCAR's first major race on dirt since 1971. I had pulled race winner (I think, memory is not so good) Austin Dillon from one of the two blasters I did when the set was new, and now I've pulled Jeb Burton. This is the gold version, clearly SN to 50. This is my favorite card of the project so far. It looks better than my cell phone photo shows.

Next up, I got my trade package from Wes at Jaybarkerfan's Junk in his Christmas Tradeathon. While I regret missing the Andrew Wiggins relic he offered, I still got some great stuff. I will be getting his return into the mail on Friday, I didn't have his address so I had to wait and get it off his return address! 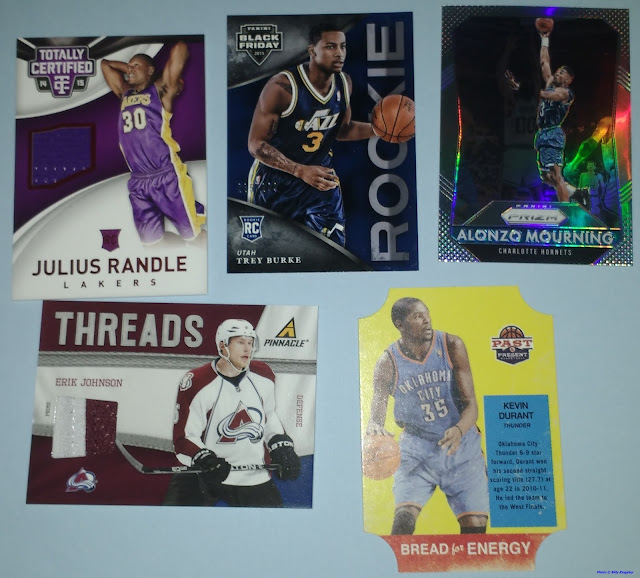 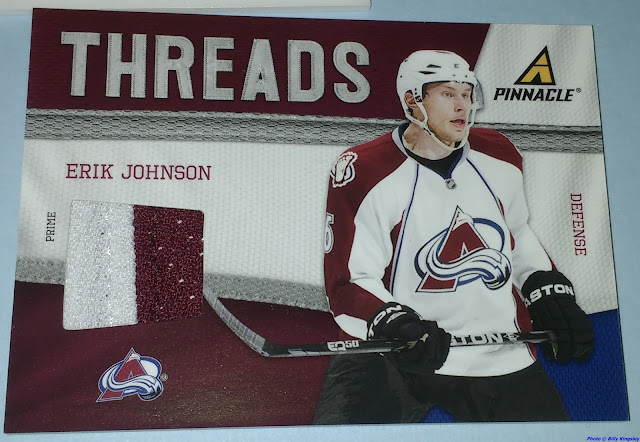 This is actually the exact 3000th NHL Hockey card in my collection! It actually only got that milestone number because I found that 6-card panel in my stash, which I posted about recently but had totally forgotten I had. Not only is this #3000, it's also my first actual NHL relic...and it's a patch! (SN 49/50 on the back too!)
Pretty darn cool. The relic has a different texture than I am used to- the NBA relics that I've got literally thousands of and the NASCAR relics I have hundreds of, the cloth used, none of them feel like this. That might be because hockey uniforms are meant to played on the cold ice, where NBA players are trying to minimize heat, and inside a NASCAR racecar usually hovers around 150 degrees Fahrenheit so they definitely don't want to add any more heat.
No matter what, this card will always be important to me as my first relic from the sport, and a Milestone card at that! (I'm obsessed with the milestone/thousand cards. Don't know why, just is). Once I find this set's listing on the Trading Card Database, it will appear on this list I linked to as well.
Posted by Billy Kingsley at 9:44 PM