I think this may be my favorite back design ever

Everybody talks about card fronts, myself included. And my favorite card front design is well documented as the 1996-97 Ultra set.

Card backs...not so much. You can find an occasional post about card backs, but they are few and far between. Before I joined the Trading Card Database, I didn't even scan the backs!

But I really think this design is my favorite...not just in hockey, in everything. 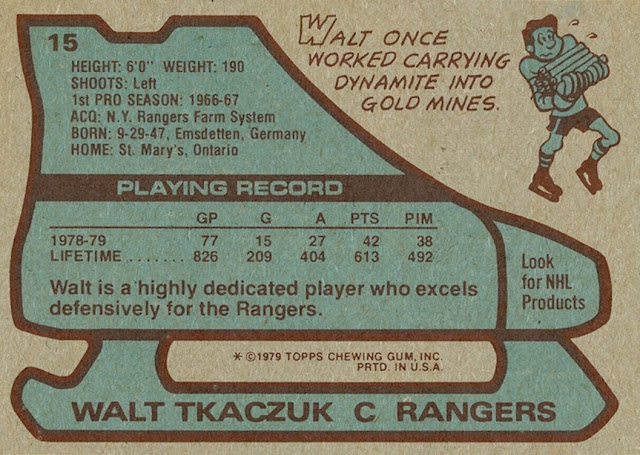 The 1979-80 Topps/OPC back. How cool and creative is this? I mean, sure, they could have made the font smaller and fit in more stats, but that's just nitpicking at this point.

And it fits the sport it's used for perfectly, the skate shape is just so creative. And they had room for a cartoon, to boot!

It's a set I know I will never ever complete due to being Wayne Gretzky's rookie card season, but I enjoy them every time I get one. This one came from the stash of Rangers I posted about in November. As I was working on editing the scans I realized I never really mentioned how much I liked the backs of these, so I had to write this post.
Here's the front. 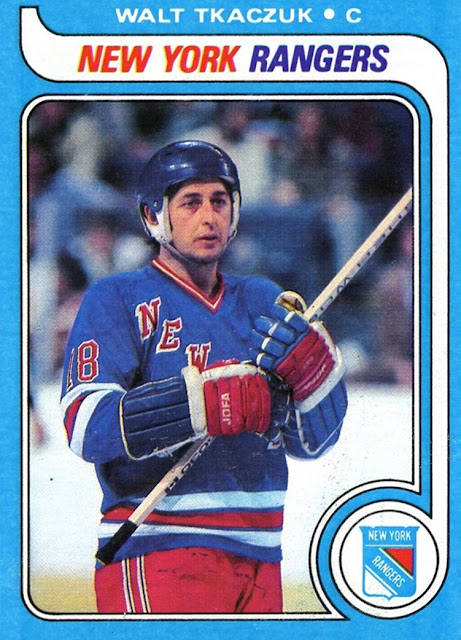 I think I actually like the back more than I like the front design, although it's certainly a classic...and one of only two 70s NHL sets that don't have a white border, joining 1972-73 which had a tan border.
Posted by Billy Kingsley at 1:35 PM