Today has been a really frustrating day for cards.

1. I lost an ebay auction for the simple reason that I forgot to bid on it. (8 of the 10 cards would have been people missing from my collection).

2. I dropped my smart phone on the oversized rookie card I pulled from a blaster of 19-20 Upper Deck yesterday, leaving a big scratch on the front. (luckily, I was able to scan and post it before that happened)

3. I wanted to do a surprise PIF and forgot to mention it was supposed to be a surprise, so the recipient ended up finding out about it.

4. COMC either swiped a card or lost it, but I had been looking forward to getting my first autographed lady hockey player card when my order arrived next week. Instead, no, they say sorry but I don't get my card. How convienient that the other copies of the card on there are more than I had paid for mine...it can't be replaced because it's serially numbered and had a unique patch.  I hope it's inpetitude instead of shady business. I suspect they sold it on Ebay for more than I paid for it. 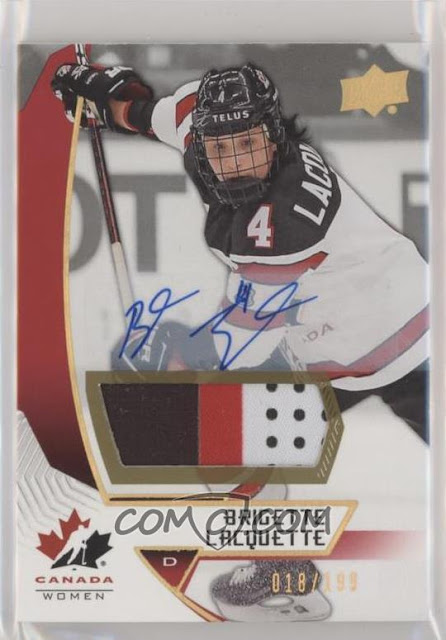 I'm getting really close to being done with COMC. Them not delivering what I paid for might just be the last straw.

Oh, and did I mention, I also had a root canal this morning, where the novacaine wore off during the drilling, and am hurting in 9 different places? In addition to the usual pain that I live in 24/7? (I mean different in both number of places and places that don't usually bother me...much) Ugh. It's getting harder and harder for me to pretend I'm happy, and now today the one thing that brings me pure happiness is not.

I'm not touching any other cards today.

Thanks for letting me vent.

EDIT: UPDATE: COMC is making it right. I was really in a bad frame of mind with them and I let them know on Twitter...but they replaced the card for me. I am surprised but very pleased with the outcome.

Posted by Billy Kingsley at 8:30 PM