A visit to the Trevor Zoo

This past Saturday, my brother and I went on our first adventure of 2020. It was to the Trevor Zoo, in Millbrook NY, which is somewhat unique- the zoo is actually part of the Millbrook high school! It's been around since 1936...and I have to say, it was great. I loved it. In fact, I actually enjoyed it more than I enjoyed the Toledo Zoo this past October. And I got some really awesome pictures out of it, too! 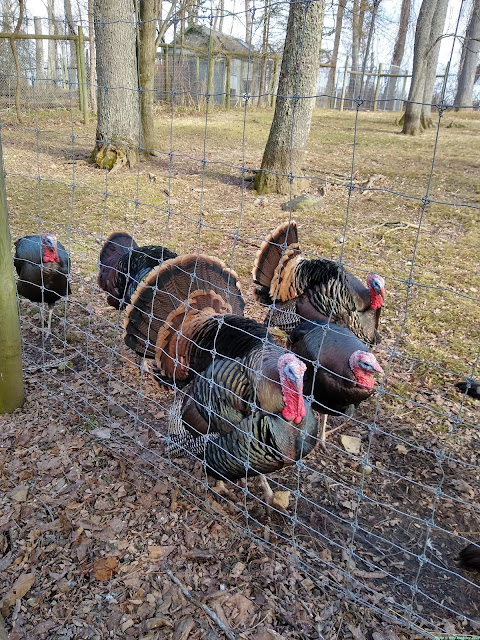 The turkeys were my favorites...I don't know if I've ever mentioned it, but I love turkeys. They had a bunch of them, I loved it. They are walking back here, after going over to investigate the next enclosure, which was home to some hawks that the staffer had just fed. I will always wish that Ben Franklin had gotten his way and that the turkey had been our national bird. 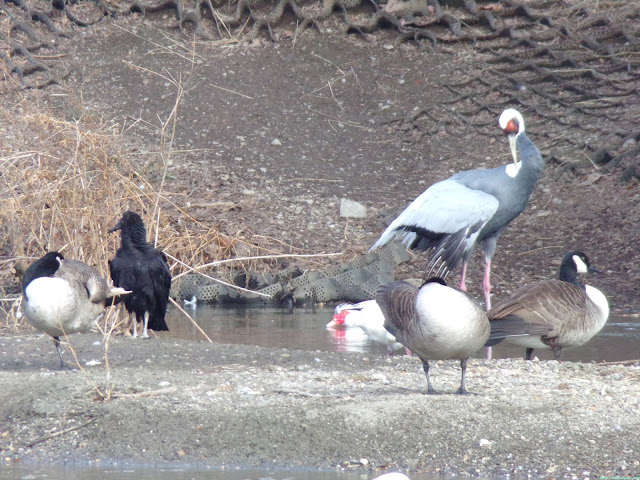 They have lots of birds, shown here are Canadian geese, a vulture, a Muscovy duck and a crane. Interestingly, they roam free. I have to wonder if the Canadian geese- considered by many to be a pest species- were planned to be on exhibit, or if they just showed up so they put up an informational sign for them? 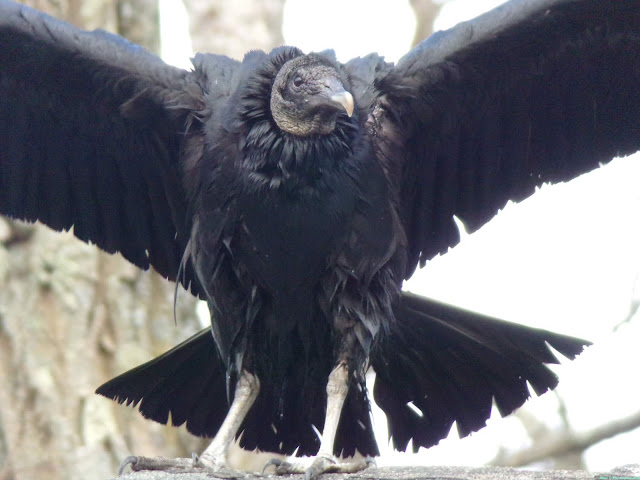 This is, I think, the best photo I took on the trip. This vulture was actually on the roof of the education center, which is where the fish tank and the lizards are. 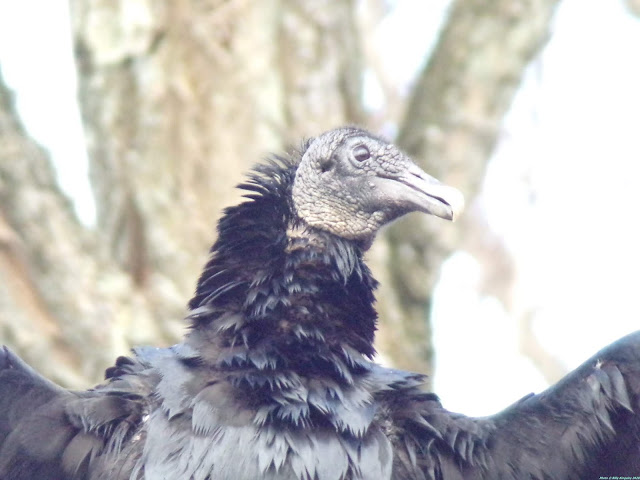 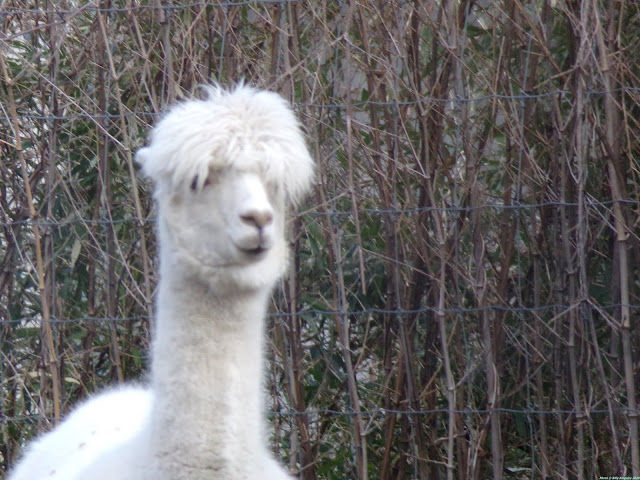 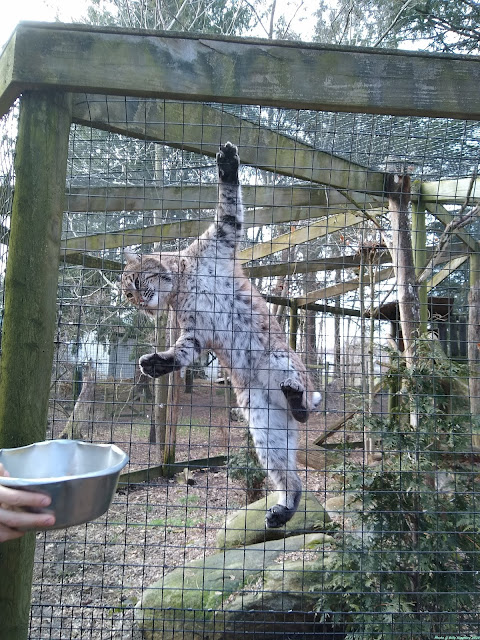 Bobcat! Her name is Betty. That was awesome. She just jumped right up there...the guy who works there held up the bowl with the food for the hawk and she came over to investigate. (She spent most of her time trying to get over and eat the emus) 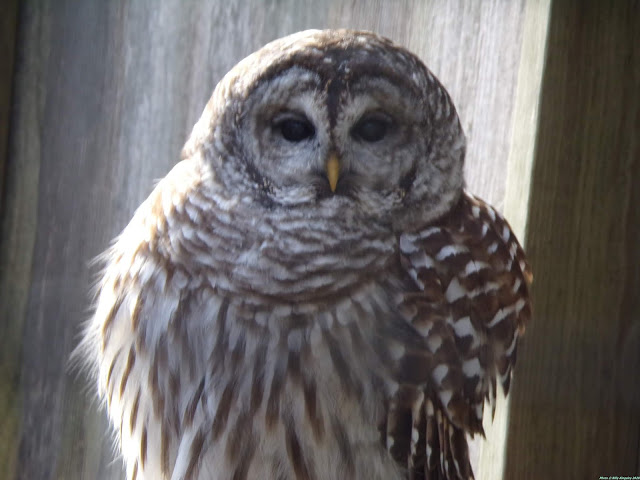 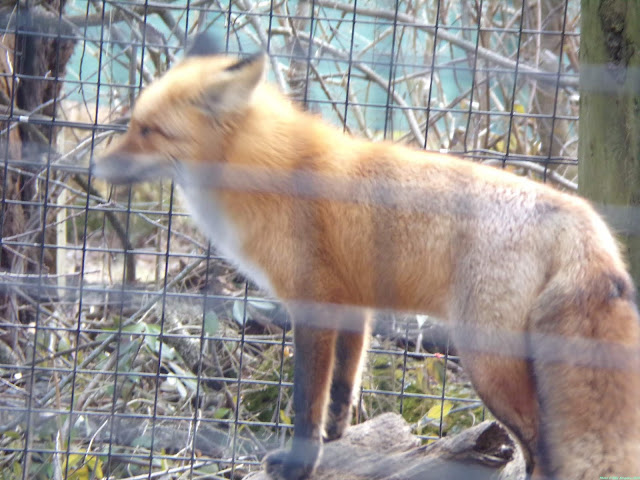 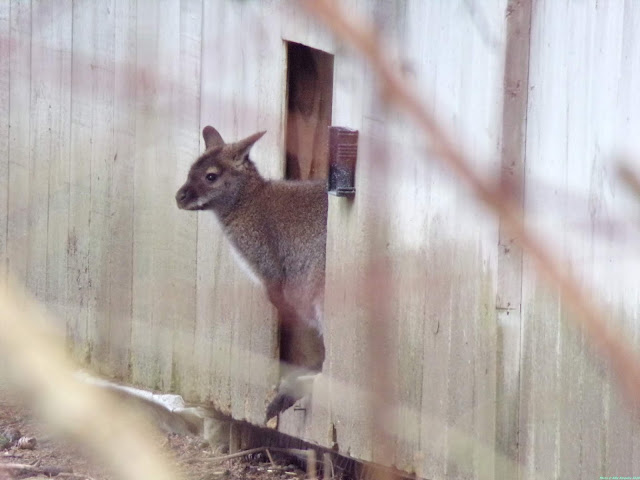 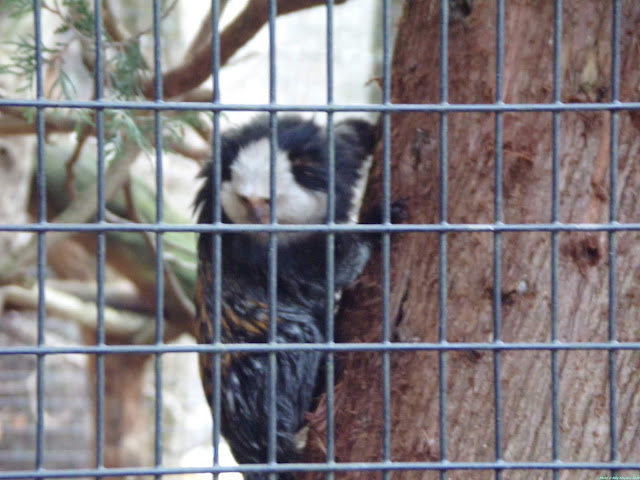 tiny little monkey. About the size of a squirrel 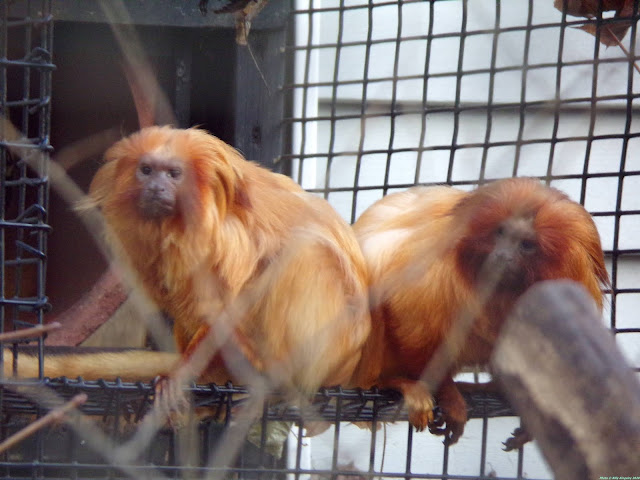 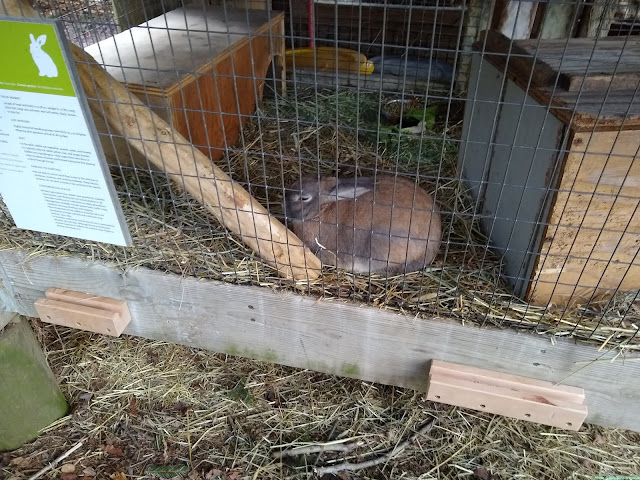 All the animals were very active and vocal, except the rabbit, which seemed to be struggling to stay awake...or at least pretending to be that way. 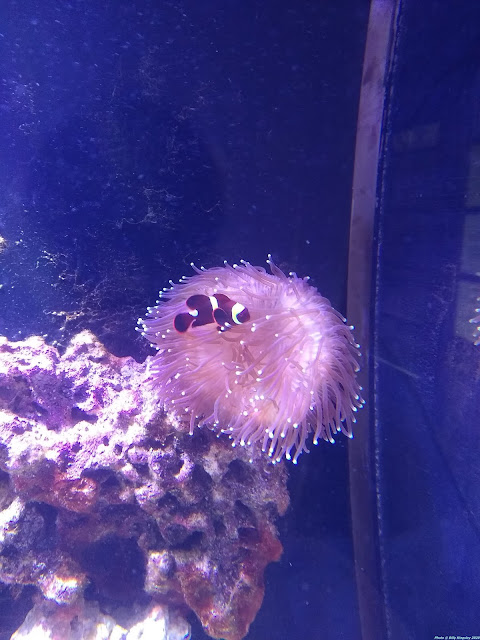 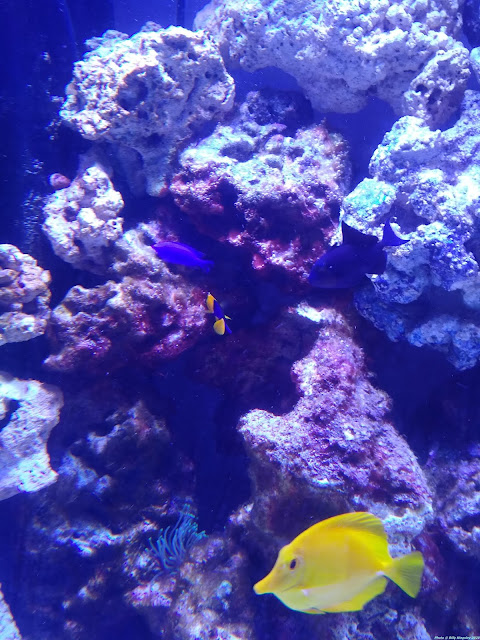 They have a small aquarium. 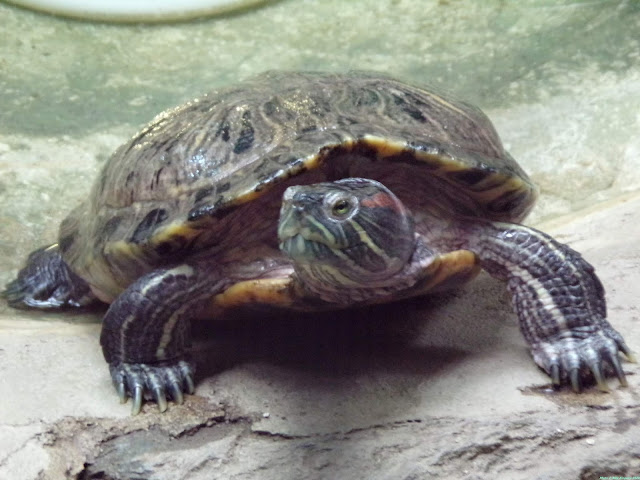 Turtle or tortoise, I can't tell the difference.

I took 489 photos and videos....you can see them all here: Trevor Zoo. Although it was the first visit, I really enjoyed it and know there will be many visits in the future. In fact, it will likely become a fairly regular part of life- more than once a year is likely. I don't know if I'll write posts for each trip, but if you ever get a chance to get to Millbrook, you should absolutely visit. It's open 365 days a year, yes, even Christmas. (Their theory is that the animals need to be fed anyway so if people want to come see them, they can). It's a fairly small place, unfortunately. My brother and I covered it all in about an hour and a half.

They did not have any cards available at all...not even post cards. They do have two different business cards, however, which I made sure to get...and will probably keep with my card collection, even though they are not cards in the traditional sense and will not count towards my card collection totals. 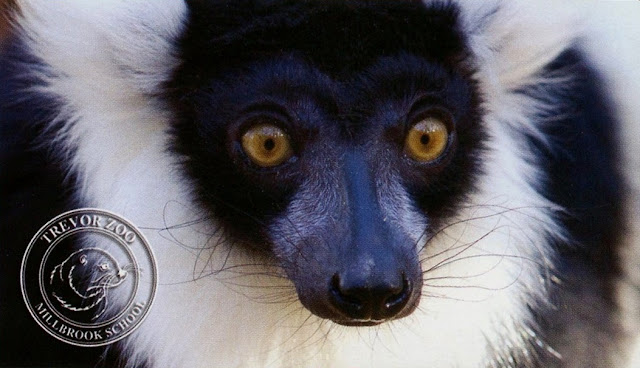 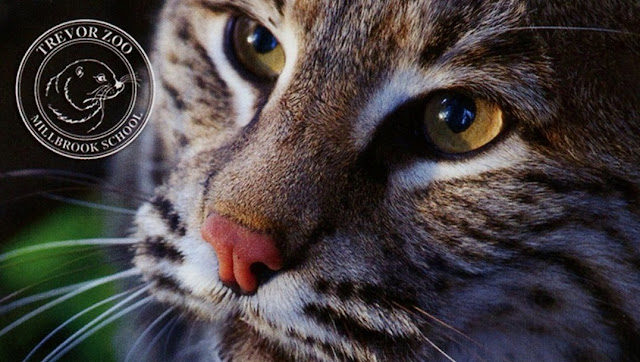 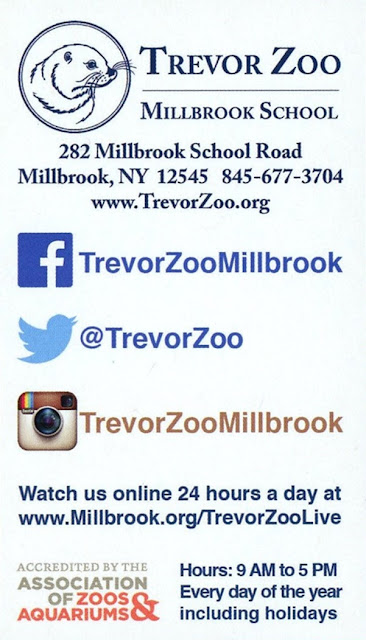 I show the back because of the web address for the live cameras. They don't have many but they are going to be fun to watch. The pond view is especially nice and also pretty active.

I have launched a new project that I think is going to be fun. And it actually springs from my brother's old car having the health problems on the return from NYC in December that I mentioned when I recapped that trip. Back when we went to Toledo in October, I photographed the Edge's GPS in every town we went through, because I was curious to see how many places we went...and knowing I may never get to these places ever again, I wanted to document the fact that I was indeed there. But that was the end of it at the time. While I enjoyed it, there wasn't any point in actually tracking it beyond that, since most of the adventures happened in my brother's car, which predates built in GPS units- and his plug-in unit doesn't show where you are.
Well, since his car is getting to the point where he doesn't trust it, (It's been back in the shop three times since that post!) we've decided to take the Edge on future adventures...which means now I WILL be able to see all the places we are! So, I'm going to document all the places I've been...or go to. That means we will, eventually, be driving to all the places we've been, even if we are just driving there to get the photo of the place. Luckily, there's no place we've gone to where we didn't plan to go back, although it's close- we don't really need to do the Freeport Nautical Mile again, except I got to the point where I couldn't do anymore walking so I couldn't get to the part where you see the ocean, so back we will have to go...and since I plan to attend a scale model show there in November, that will work out well. One of the trips I wish I had documented was our trip to the card shows in Connecticut last year...guess we'll just have to go to them again! However will I manage that? ;)
Because I've just decided to do this for real, I'm missing some places I go to a lot...for example, both of my scale model clubs' towns are not documented yet (Newburgh for the Town of Newburgh Model Car Club and East Fishkill for the Hudson Valley Historical Miniatures Society), both of which I visit many times a year- I was just in East Fishkill last week for the meeting, in fact. None of the North Country is there, even though I was sure I had taken one of Lake George...nope, I didn't. It might have come out blurry and I deleted it, but either way, I am missing my favorite place in the world...I'm missing Peekskill, my family's hub...I'm missing Hyde Park, which I visit every week in the summer for a small car show held there. It just goes on and on...eventually, I will get them all...and may even make a couple trips just to get them photographed in the near future!
One that frustrates me, I missed Mishawaka in Indiana. All the places in New York that I've been to and need to get are at max 3 hours from home. Mishawaka is about 15 hours one way. Yikes. Don't know yet if we will try and get the far flung places or not...for example, in 2003 we went to Dearborn, Michigan...I was in Rhode Island for about 5 minutes once...we may not try to recreate them...or we may. Who knows? I do know the Edge is more comfortable for my back than any place in the house, so going for rides isn't as painful for me as it once was. One ride I know I want to take, is a place I have not been to since 2004 or so...Provincetown. When you go to Race Point Beach, you basically are surrounded by the Atlantic Ocean on three sides...it creeps me the heck out...but the parking lot is close enough that the ocean will show on at least two sides on the GPS...so, we have to go back!
This project has actually got me wanting to leave the house, which is highly unusual...I am looking forward to watching it grow over the years. I figure, even if we get a different vehicle when the lease ends, it will still have the built in GPS so I should be able to keep this going forward for the foreseeable future.
You can track my progress here: Places I've Been. It's got an album for each state.
Posted by Billy Kingsley at 12:57 PM

Email ThisBlogThis!Share to TwitterShare to FacebookShare to Pinterest
Labels: Adventuring with my brother, My Photography