Hitting the Favorites- NBA and NASCAR

Although I'm more into hockey now, that doesn't mean my other two main sports are going to be neglected. Not by a long shot! I picked up several Elton Brand cards in this COMC order, and a couple Dale Earnhardt Jr.- NASCAR cards tend to be higher priced on COMC than my other sports for some reason, so I get less of them. 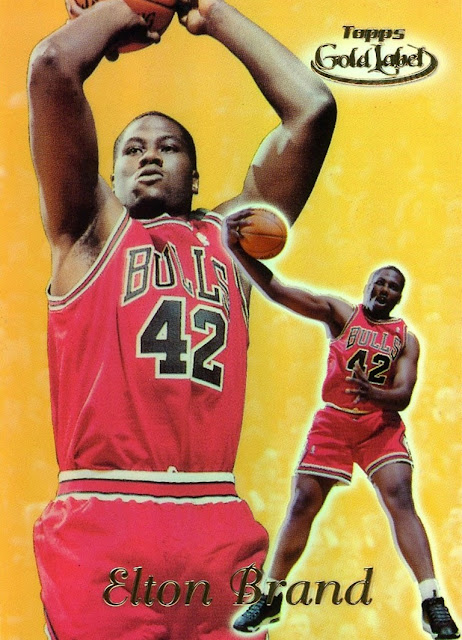 Topps Gold Label Class 3 from 1999-00, meaning I now have all three versions of his card...not counting the parallels of course. Funny thing about this card...I had accidentally marked it as being in my collection on the Trading Card Database back in 2012. I never bothered to take it off, even though I should have. (in actuality, I needed to check my paper listing, which I kept forgetting to do). As it turns out, I had accidentally entered the Class 2 date into the paper listing, but when I entered my whole collection onto the Database in 2012, I missed the fact that I had crossed it out, so I marked it as being part of my collection. Now, finally, it is. 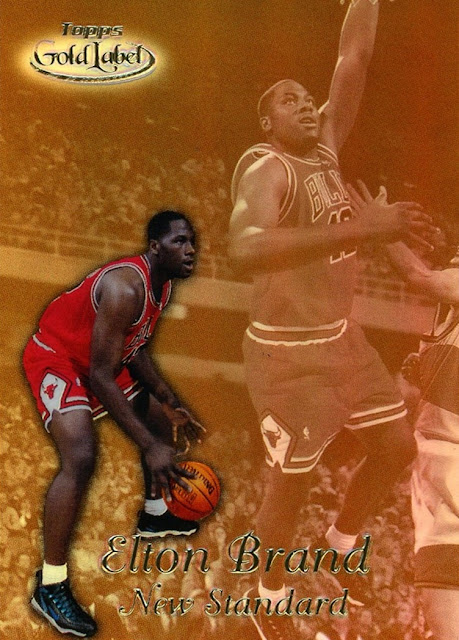 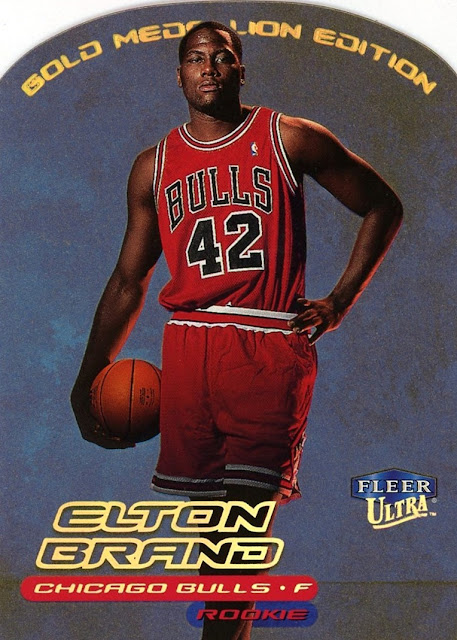 Ultra Gold Medallions are my second favorite parallel after only Refractors. 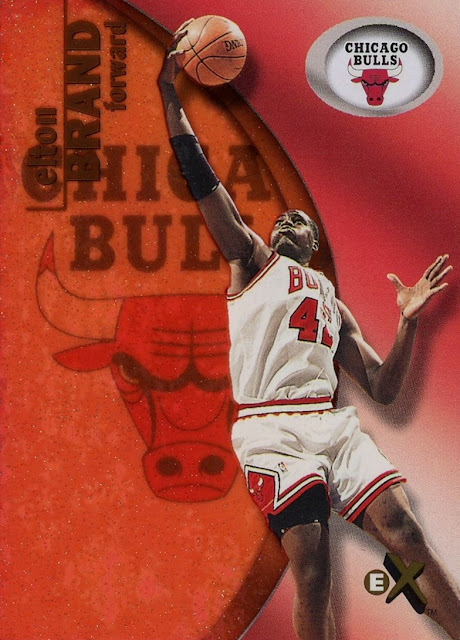 Essential Credentials are always cool, too. 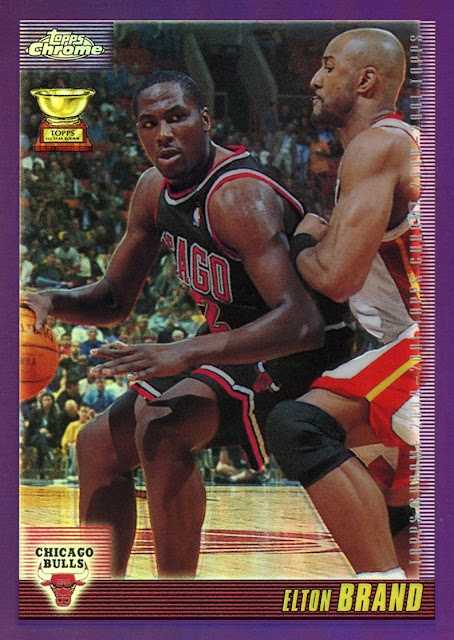 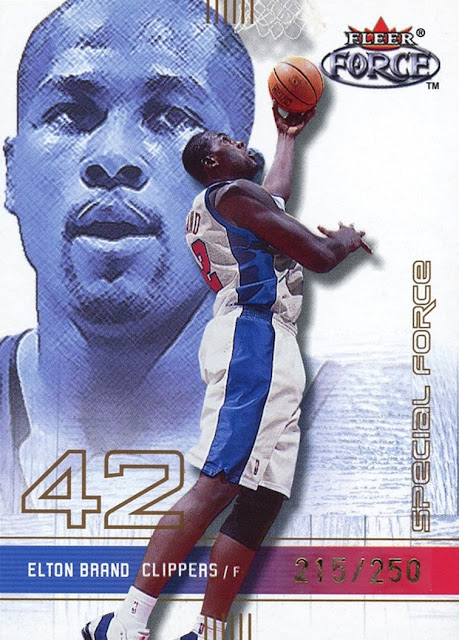 This Special Force parallel from 2001-02 Fleer Force isn't actually all that special, but I had to have it anyway. 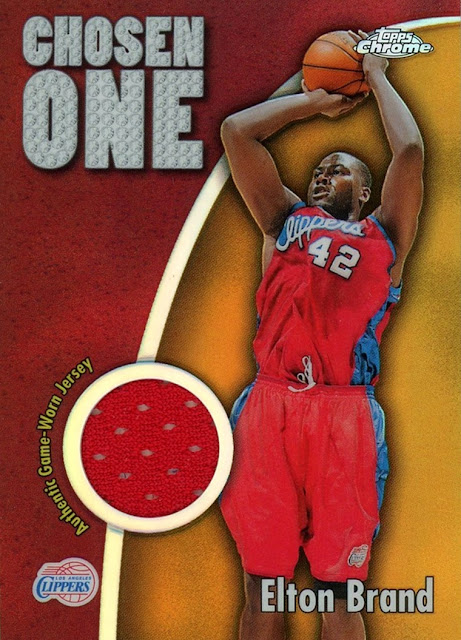 In addition to being a Refractor, it's also SN to only 99 copies. 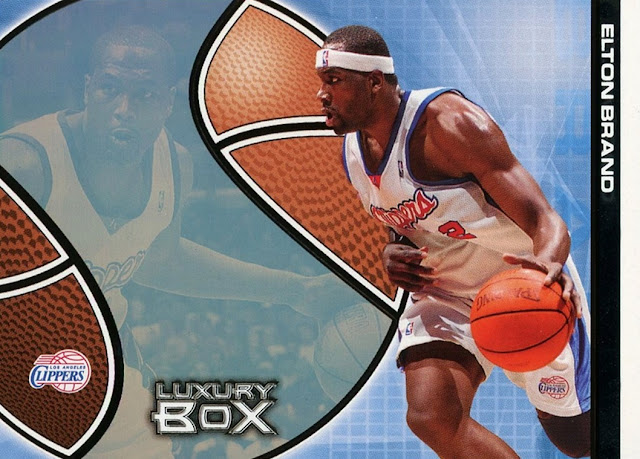 I really loved the 2004-05 Luxury Box set, as each card is a hologram...and then I pulled a 1/1 out of it, too. Someday I hope to complete the base set, and get as many of the serially numbered parallels as possible. This is the Tier Reserved, which is SN300. It feature a blue hologram...I now have three of the six different versions for Elton, and while that seems like halfway, one of them is a 1/1 so not likely ever to be completed. 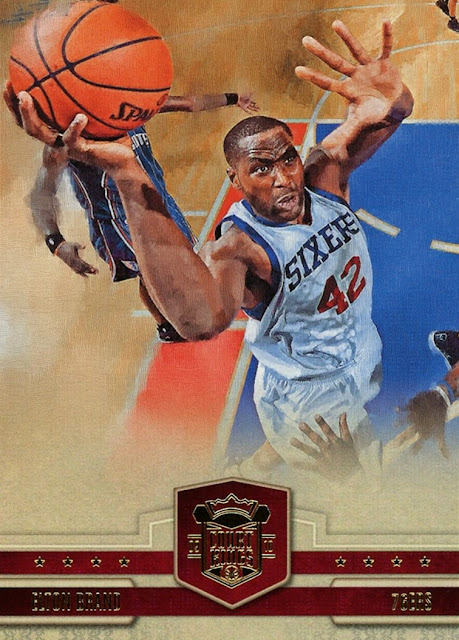 This is the only late-career Elton I got, from 2009-10 Court Kings. It's a base card but also SN. I consider anything post-Clippers to be late career. 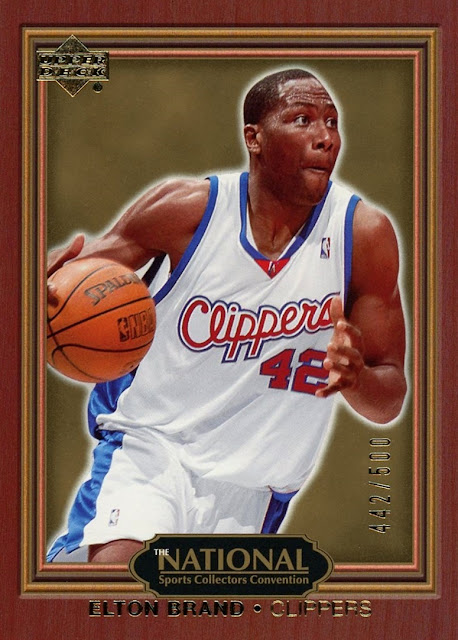 This one I found totally by accident. On a whim I sorted Multi-Sport by SN, cheapest first and there about a third of the way down the page was this Elton! I had never seen it before and had no idea it existed, but it was an instant buy. As it turns out, it was only available at the National Sports Collectors Convention in Anaheim, California, in 2006. When I got my cards scanned and began to post to the Trading Card Database, I found out it was a six card set. That was just pure luck that I found it. 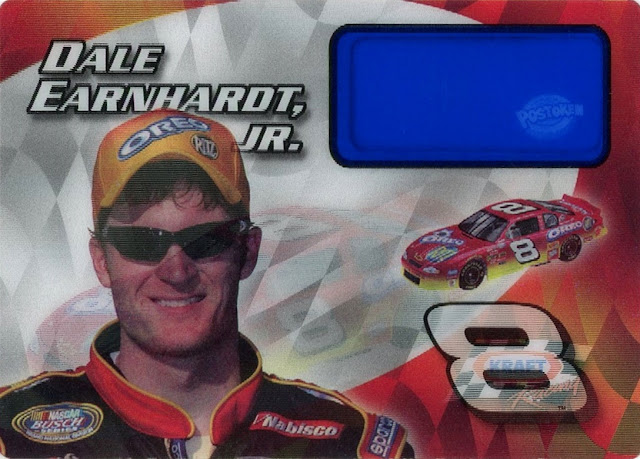 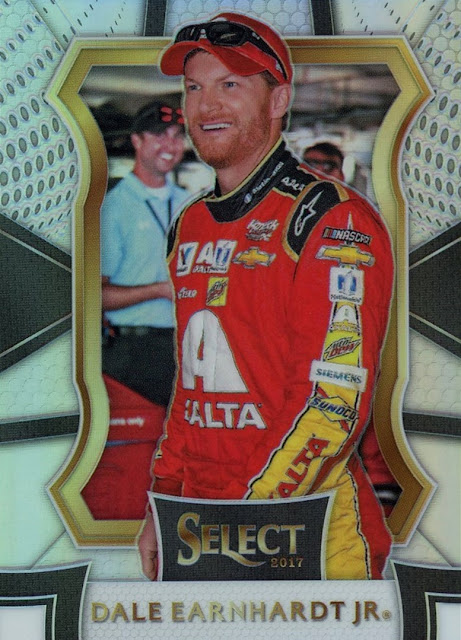 My Dale Jr. additions were slim. A 2004 Kraft promo and a 2017 Select Prizm. That's all I was able to add. Not even a serially numbered card! The Select Prizm also counts towards the PPPP post, which is written but not likely to be posted for a while yet.

Posted by Billy Kingsley at 6:14 PM