THE most common error, and the culmination of my Error Gallery series, you can find off-center cards almost as easily as you can find properly centered- and in some sets, especially from the 1970s, they are more common.

I will collect and consider any card that is noticeably off center, but the most impressive and the ones I'm choosing to highlight here are those that are so far off center, they have part of another card present on theirs or part of the design totally missing.

My favorite Error in my error collection. My favorite NBA set, and a high degree of off-centerness. The fact that the foil stamp was applied correctly makes it look even better.
These two being both from series 1 of 1996-97 Ultra makes me think there are a lot more out there...how tantalizing. Hopefully someday I will find them.


My first NHL error, and it's not only off-center, it's crooked!
There are a LOT just a tiny bit off-center like this. I chose this one to show because part of the number is missing.
Unusual in that the cut goes right through the embossed Top Prospects logo.


Even premium sets can show this error.

Both 2001-02 Ultra cards shown came from a big group, and both these cards actually have two off-center version in my collection! I showed the most interesting ones, but I have an example of each that has part of another card on top. It's so small it's hard to scan.


I see in posting this my scan is a little crooked...when I first scanned my errors I did not yet have the rotating tool on PhotoScape that I do now.


And there's so many that have just a tiny little bit off, that it's almost imperceptible in a scan and not really worth posting because you can't see it...but you can in hand.

I'm starting to build some NHL errors already, too... 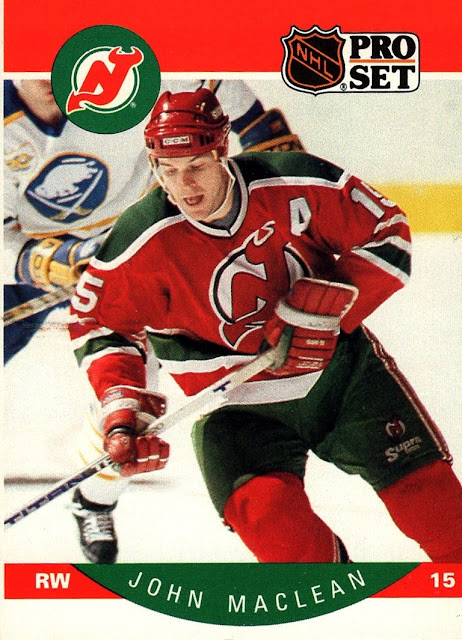 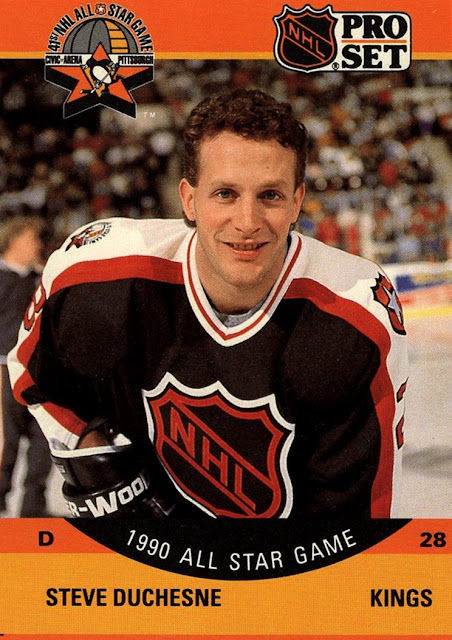 gotta love 1990-91 Pro Set. It's the set that just keeps on giving. The MacLean has some white on the left side of the card, which must be the edge margin as there are no all-white cards in the et. The Duchesne from the All-Star subset is off at the bottom, with the top orange border of another all-Star card...and even a little black line, showing where it should have been cut! 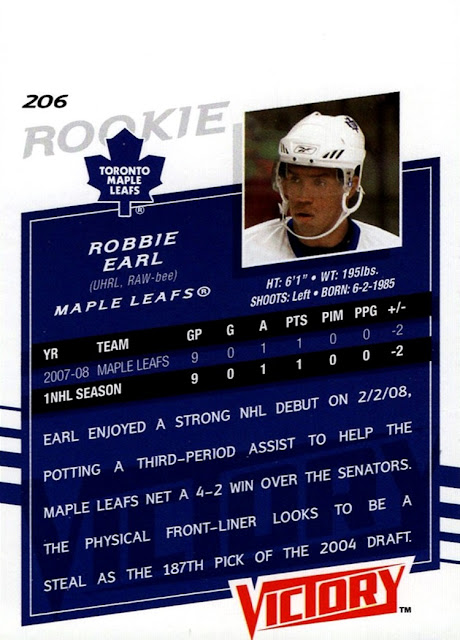 This one is so far off that all the copyright info is missing, and there's lots of white border up top that shouldn't be there. Interestingly, I already have a non-error version of this card and when I got this one, I thought it was a duplicate...until I turned it over.

With off-centers, they tend to come in waves. I once opened a box of 1995-96 Hoops and almost every single card was off-center. I have not gotten them scanned yet. I believe this may be the only error type that I have more than 100 different cards of- in fact, I probably have that from that Hoops box alone. Some of which I have even more than one copy of with different degrees of off-centerness. I really need to find which box they are in and get them scanned. I thought I knew which box I stored them in, but I dug it out for this project, and they were not in it. I suspect they may have outgrew it actually, because I have a whole lot of them.

And that concludes my error gallery. It's a section of my collection that I have been talking about almost since I started this thing, but rarely ever showed, only when I got a new one. It's nice to rectify that.
Since the Trading Card Database now gives you the ability to create multiple collections, I created one for each major error type, and entered in only what has been scanned.

These numbers will go way up when I find my unscanned errors. I also have a few errors that are counted as part of my collection because I don't have a non-damaged version yet. Maybe someday I will be able to move them to their proper place.

Thanks for reading, and stay tuned, because I will share the others when I locate them!

And that concludes my Error Gallery...for now. I hope you enjoyed reading about and seeing them as I much as I enjoyed writing about them.
Posted by Billy Kingsley at 12:00 PM