Panini REALLY wants you to know which parallel you have

I see a lot of people complaining that they can't tell which parallel they have. (Personally, that's an issue I've only had once but it was in a set that was issued for a sport I didn't begin to collect until 20 years after issue) but I'm a BIG fan of parallels so maybe I'm just more pre-disposed to them or something.

Panini wants to make sure that's not going to be something that you can say about the new Donruss Optic set. 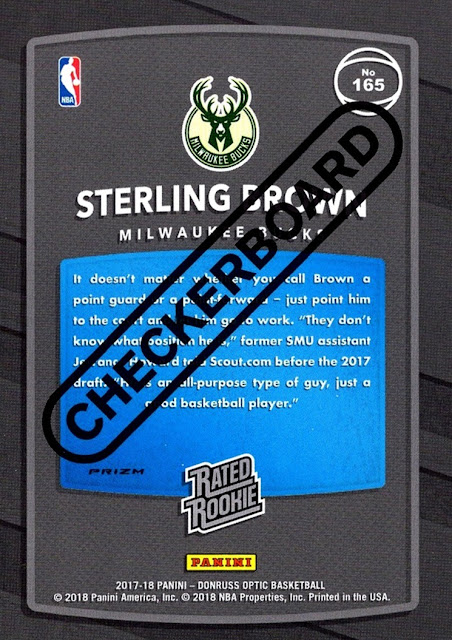 Gee, might this be the Checkerboard parallel? I don't know...

In hand, you can faintly see the lettering below the "stamp". It's not really a stamp, it's part of the card design, I just can't think of a better thing to call it.

It is actually my first card of Sterling Brown. 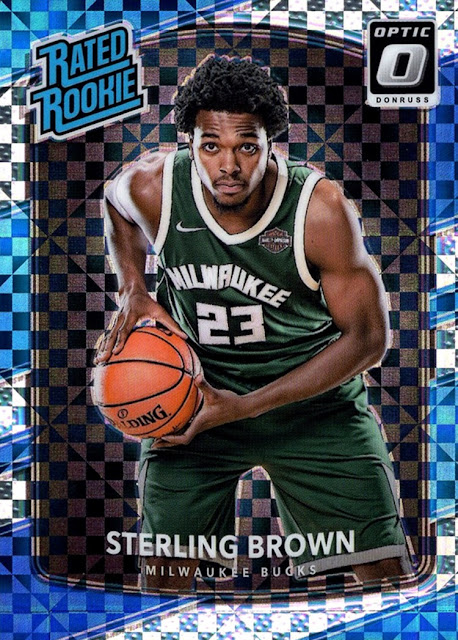 He's the front. Neat looking card. Looks even better in hand. I got my second card of him the same day- the Mega Box Rated Rookie Shock promo/parallel.

I still have most of my blaster of Optic waiting to be opened, maybe I will pull the base card at some point.
Posted by Billy Kingsley at 4:30 PM