While I have more 70s oddballs, there was really no choice as to my favorite- this is one of the few on the Challenge list that I didn't have to think about, I already knew the answer going in. 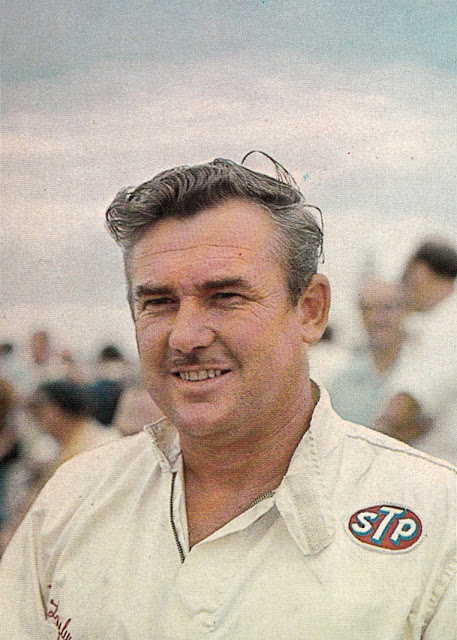 1971 STP was the very first NASCAR card set ever. These standard size cards were issued by the STP corporation and from what I have been able to gather were handed out by the drivers...that might not be correct.

Beckett lists these as a 1972 set but they are not, they are 1971. 1971 was STP's first season in NASCAR, they sponsored Fred Lorenzen that year. In 1972 they moved to Richard Petty, they would stay with Petty until 2000. The set, however, includes two cards for Lorenzen and only one for Petty, which does not mention any connection to the STP corporation. It does, however, mention his results for the 1970 season, as does this Elmo Langley card shown. They must be from 1971.

They are very rare- this Elmo Langley card is the only one I have, and I've shown it before. I'd love to get my hands on the rest, but when they pop up they usually go for about $200...I can't do that for a single card. I can't even do that for a box of cards. This Elmo card was Buy It Now on Ebay for $20 in 2015. That was one of those rare times where I didn't mind spending $20 on a single card. I actually worried that the seller had left off the second 0 and wouldn't ship it, but he did...I ended up getting a bunch of great 90s oddballs from him right after that, all at good prices.
Posted by Billy Kingsley at 6:28 PM