30 Day Challenge 7: A card I bought in person and the story behind it

Before I get into today's post, a thanks to Chris aka The Collector. Got the package today! I'll have a proper post up as soon as I can, but likely in a few days. Luckily, I have all 30 of these Challenge posts written and ready to go so I just had to add this message to the front of one.

This is a tough one. Most of my card collection I bought in person- the majority of my collection was purchased between 1996-2006, before I even had an Ebay account, so most of my cards were purchased in person. And the story is pretty much the same for all of them- I didn't have it, so I fixed that problem. That's pretty much the story of roughly half my collection, LOL. The other half being cards I received as gifts or in trade.

Choosing one that has some sort of meaning other than "I saw it, didn't have it, wanted it, could afford it" is a challenge, but again I will dip into my NBA pool and show a card I have shown before. The majority of my collection is NBA, so these posts have been trending more to the NBA, and this is a card that does have some added meaning to my NBA collection Wait, let me correct that. This is a card that has added meaning to my collection, but it's not an NBA card. Instead, I will show my first ABA card! 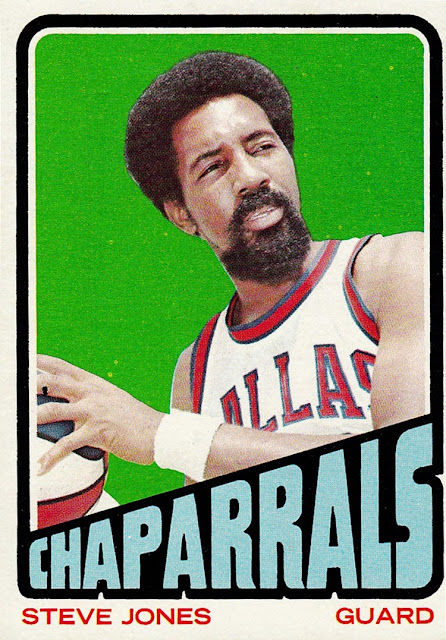 I don't remember when I got this card...but I remember where. The Baseball Card Shoppe in Fishkill, NY, which is where I sourced my first 1970s cards from. It closed in either December 1996 or January 1997. But I must have gotten it earlier in the year because 1996 was a peak time for card shows, so for this to be my first it had to have been in either February or March- April at the latest. I began collecting the NBA in February, and the card show season started in March, which is how I'm figuring this. Unfortunately, I didn't begin to keep track of when I got any cards until right around Christmas 1998, so the exact date is lost. The fact that we went to the store every week eliminates any chance at guessing.

Who would have guessed this would be the longest post in the series so far?
Posted by Billy Kingsley at 5:08 PM