30 Day Challenge 5: A certified autograph of a favorite player.

I mentioned in the last post in this series that would see Elton Brand during the project. That time is now! 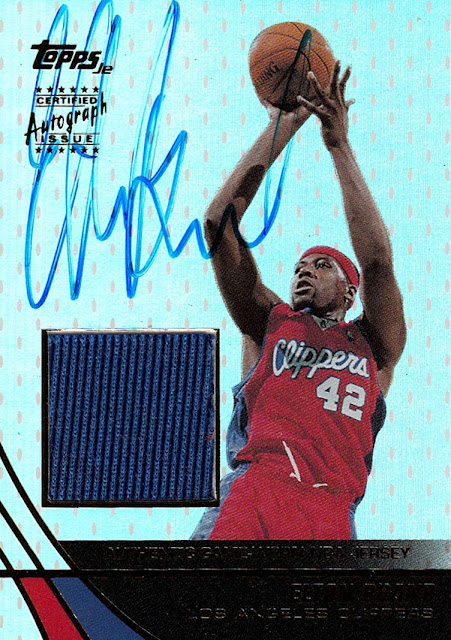 From 2003-04 Topps Jersey Edition, this is actually the base version. Elton is one of only a few people in the set who had autographed base cards, while most people had just jersey. Elton was a Topps spokesman at the time. I was never able to pull an autograph of Elton. I did boxes of every single Topps set from 1999-00 through 2005-06, and he also signed for Fleer, which I opened all but one of their boxes during the same time period. (I somehow missed 2000-01 Fleer Focus). Never pulled his autograph...I pulled hundreds of autographs in my life. But never his...wish I had. My mom gave me this one to celebrate my not dying a few years ago. Every year she gives me a present, and one year it was a box of Elton autographs and relics. This one looks a lot better in hand than it does in the scan- it's all Refractory holofoil.
Posted by Billy Kingsley at 4:45 PM